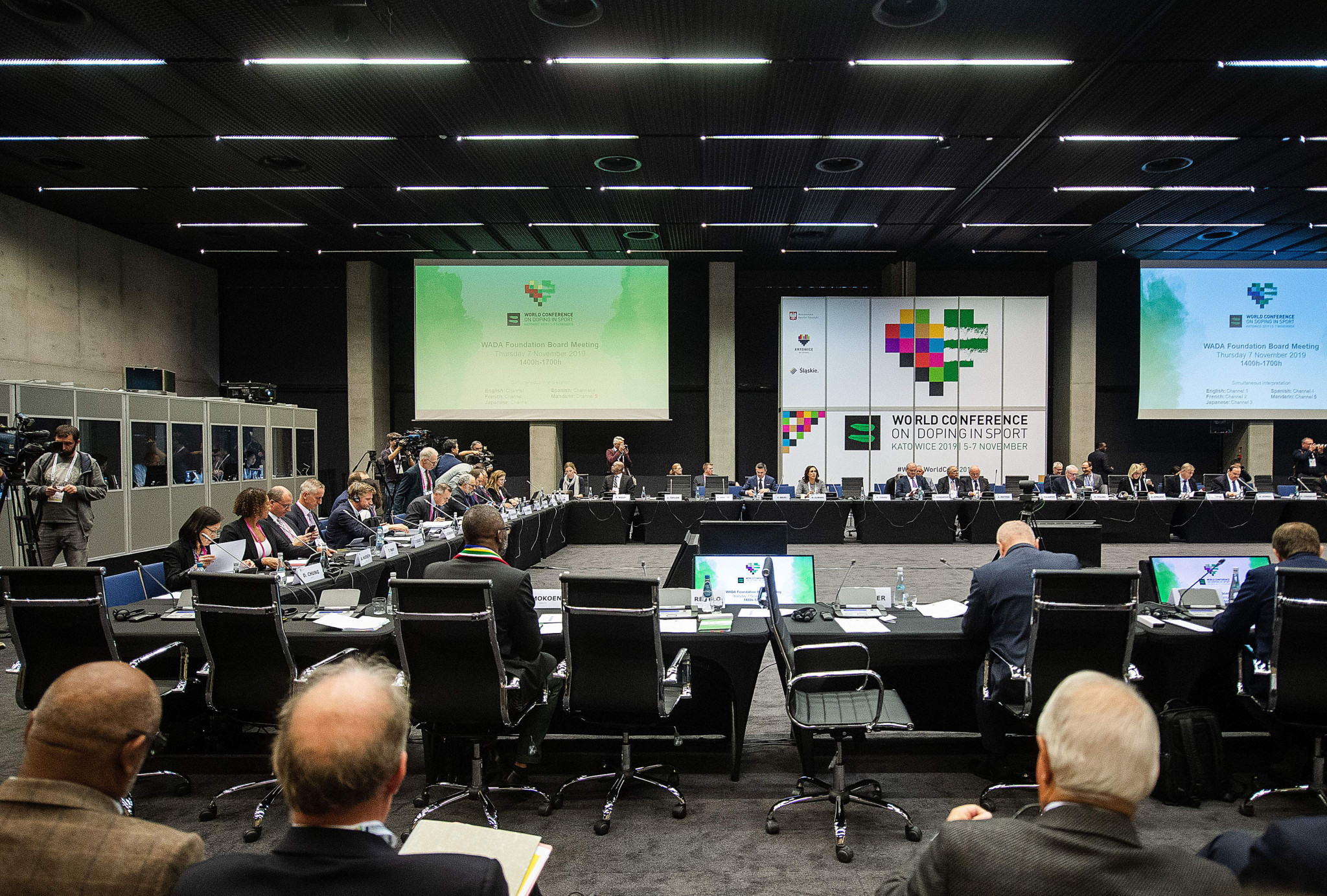 A proposed new law in the United States which would criminalise international drugs fraud conspiracies and give American authorities unprecedented control over international sport and whether the World Anti-Doping Agency (WADA) highlighted the differences between public authorities and the Olympic Movement here today.

The Rodchenkov Act, which passed through the United States House of Representatives in Washington D.C. last month, would give American agencies the power to pursue dopers through the courts in the same way they have chased corrupt football officials.

The public authorities, who make up and fund half of WADA, were angered by a report overnight that $250,000 (£195,000/226,000) had been spent "lobbying" against the Act named after Russian Russian whistleblower Grigory Rodchenkov.

WADA director general Olivier Niggli, speaking o the last day of the World Conference of Doping in Sport here,  dismissed suggestions that they would be able to lobby effectively in the US capital with such a small budget.

He told the WADA Foundation Board the money had been budgeted to fund information-gathering exercises on what the potential consequences could be for the anti-dopig movement.

The Act calls for fines of up to $1 million (£778,000/€905,000) and prison sentences of up to 10 years for those who participate in schemes designed to influence international sports competitions through doping.

It would also allow the United States Anti-Doping Agency to obtain information collected by Federal investigators, which could help prosecute anti-doping cases.

Rodchenkov’s lawyer Jim Walden claimed the fact that WADA and IOC did not wholeheartedly support the Act demonstrated they did not support clean sport.

"If the IOC and WADA want to lobby US lawmakers on behalf of Russia’s corrupt interests, that is a serious problem and I would encourage our Congressmen and Senators to be very wary of these efforts," Walden told Associated Press.

There is no doubt, however, that there are major fears within WADA and the International Olympic Committee (IOC) on the potential impact of the Act.

There is also some anger that the US would consider passing an Act that could criminalise international athletes when professional sports in America like the National Football League, National Basketball Association and National Hockey League refuse to sign up to the World Anti-Doping Code.

"We think the terms of the act which encourage transfer of information and many other aspects would benefit sport in the United States," WADA President Sir Craig Reedie said.

"The area which is troublesome is that American jursidiction would go beyond the United States and it might create a liability in other parts of the world.

"I understand it would not cover the professional leagues in the United States because they are not WADA-Code compliant.

"If that is the situation that is unfortunate and I am not very happy with it."