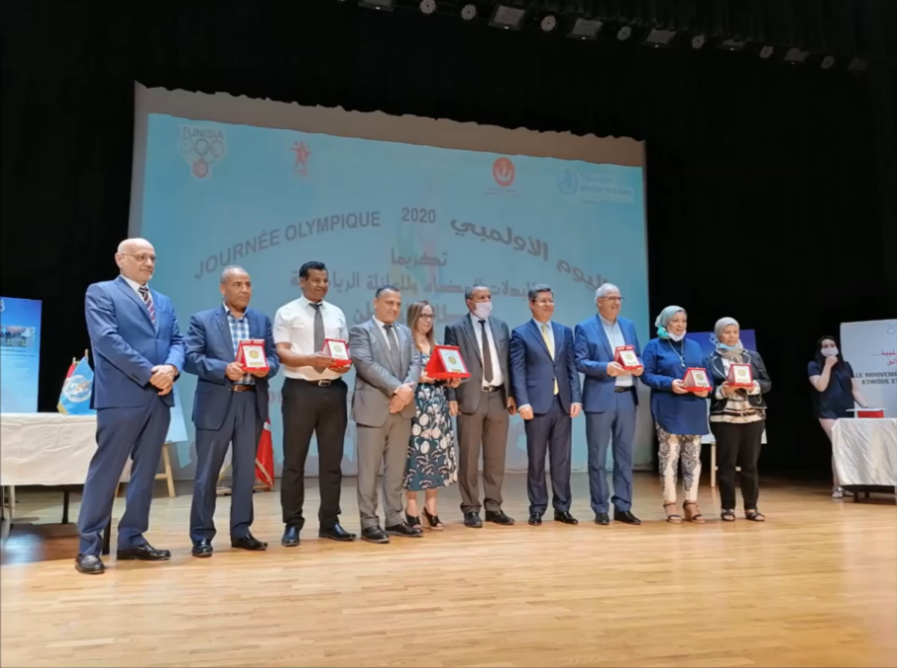 The Tunisian National Olympic Committee (CNOT) recognised the efforts of athletes and medical workers during its Olympic Day celebrations.

An award was given to 80 doctors, nurses, past and current athletes who contributed to the coronavirus awareness campaign.

Fencer Ines Boubakri and wrestler Marwa Amri, both Olympic bronze medallists at Rio 2016, were among other athletes to be recognised.

CNOT President Mehrez Boussayene also presented the award to Minister of Health Abdellatif El Mekki, Minister of Youth and Sport Ahmed Gaaloul and the representative of the World Health Organization (WHO) in Tunisia, Yves Souteyr.

In line with the Memorandum of Understanding between the International Olympic Committee (IOC) and the WHO signed last month in Geneva, Olympic Day was also marked by the signing of an agreement between CNOT, WHO-Tunisia, the Ministry of Youth Affairs and Sport and the Ministry of Health.

The agreement committed the Tunisian Government, CNOT and WHO to work together to promote the role of sport in a healthy society.

Among other events celebrating Olympic Day was a photo exhibition on the history of the Olympic Movement in Tunisia.

Photos were shown of Tunisia’s participation in the Olympic Games since Rome 1960.

Olympic Day is celebrated every year on June 23, to mark the date in 1894 when Pierre de Coubertin founded the IOC in Paris.