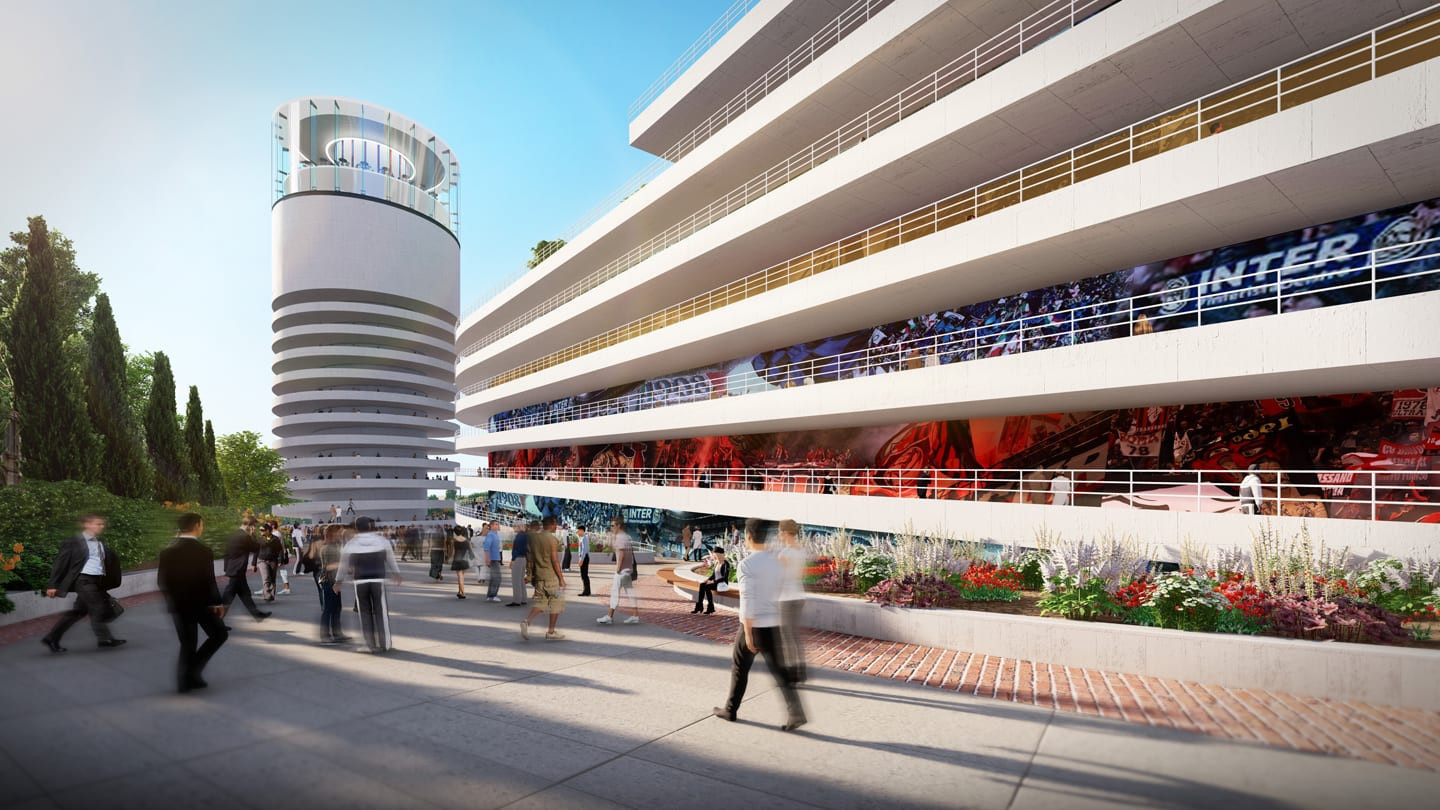 New images of the proposed San Siro stadium, the home of Serie 'A' clubs Inter Milan and AC Milan, have been revealed.

The pictures show the part of San Siro that will be retained as part of the project at the iconic venue in the Italian city.

The release of the images comes after it was ruled the stadium does not have "cultural heritage."

It means the venue, which is due to host the Opening Ceremonies of the 2026 Winter Olympic and Paralympic Games, can be demolished instead of just being restructured.

AC Milan and Inter Milan had submitted new proposals for the redevelopment of San Siro to the city's Municipality last month.

📸 Some new images of the #nuovostadiomilano project have emerged...

The €1 billion (£904 million/$1.1 billion) plans both include retaining elements of the existing Giuseppe Meazza Stadium structure as part of a multi-purpose complex alongside a new 60,000-seat stadium.

The concepts – designed by Populous and Manica/Sportium, who were shortlisted to design the new stadium in September - keep parts of San Siro within a new retail and sports district.