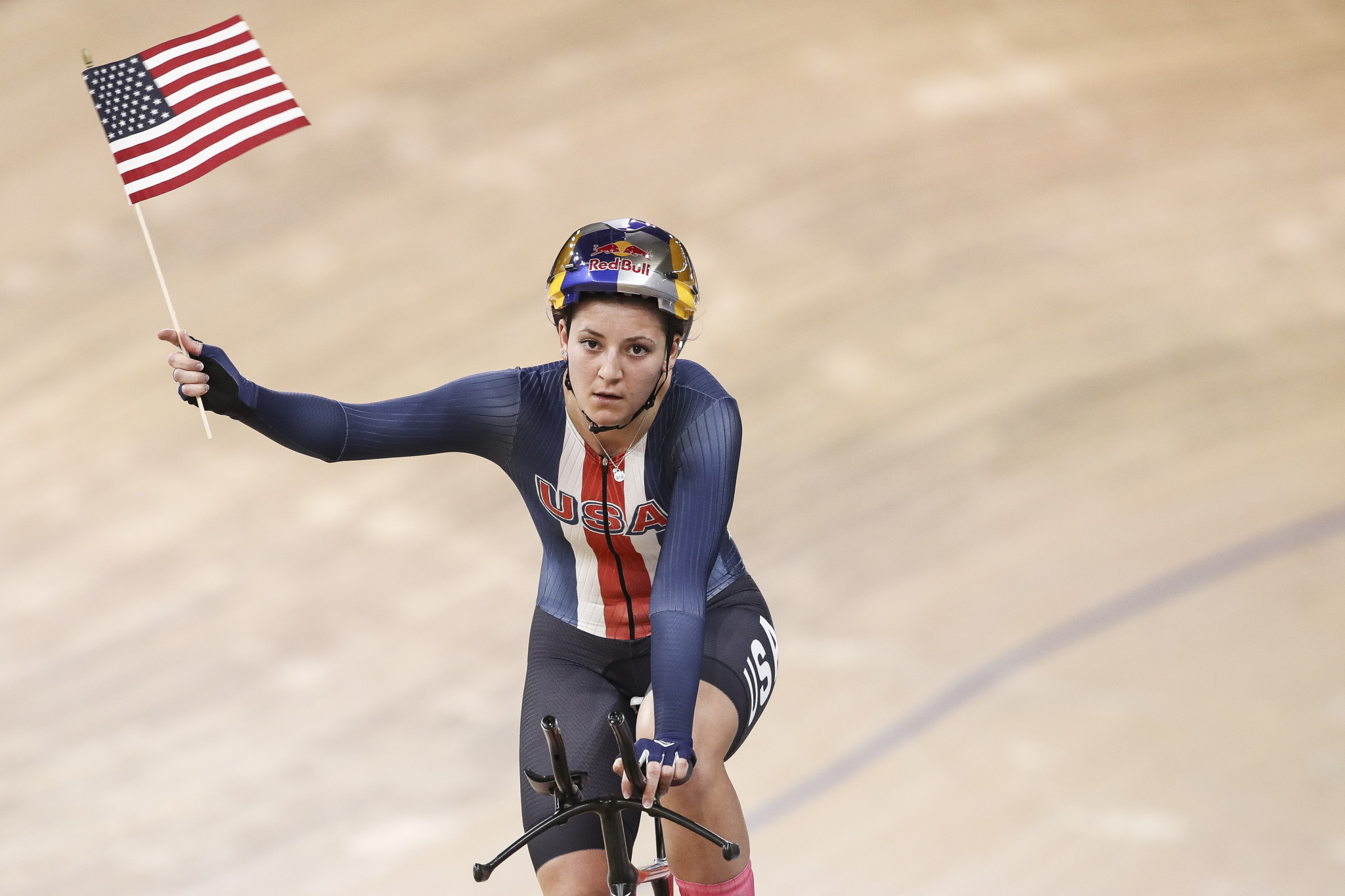 USA Cycling has announced an initial long list of athletes for the Tokyo 2020 Olympic Games, with 38 cyclists named across mountain bike, road and track disciplines.

The nine riders were automatic nominations, with the United States having qualified a full women’s endurance squad for Tokyo 2020 following their team pursuit team winning gold at this year’s Track World Championships.

Gavin Hoover was an automatic nomination for the men’s track long team, with Adrian Hegyvary and Daniel Holloway also included.

The US is also set to be represented in the madison and omnium during the Games.

Dygert has additionally been included on the women’s long team for road events at Tokyo 2020, following victory in the women’s time trial at last year’s Road Cycling World Championships.

Kate Courtney is assured of a place on the final women’s mountain bike team for Tokyo 2020, following her fifth-place finish at the 2019 Mountain Bike World Championships.

Christopher Blevins and Keegan Swenson are nominated for the men’s mountain bike team.

The US’ current ranking would see two riders join Courtney in the women’s team at Tokyo 2020.

The US will only have one men’s mountain bike rider at the Olympic Games due the current rankings.

The long lists were announced on a live stream hosted by Steve Schlanger, long-time NBC cycling and Olympics commentator.

"Obviously the delay of the Olympic Games Tokyo 2020 was a challenge, but we will be sending an even stronger team next summer and we could not be more excited," Rob DeMartini, USA Cycling’s President and chief executive, said.

"It is so inspiring to see these men and women who have worked their whole lives for this moment and to get one step closer to their Olympic dreams.

"Being able to define our initial Olympic long team 13-months before the Olympic Games is a first for us,” added Jeff Pierce, USA Cycling’s director of elite athletics.

"Next June will be another defining moment where we will be able to announce the official team headed to Tokyo for mountain bike, road, track, BMX racing and BMX freestyle."

Athletes are still eligible to make the Olympic long teams until May 2021.