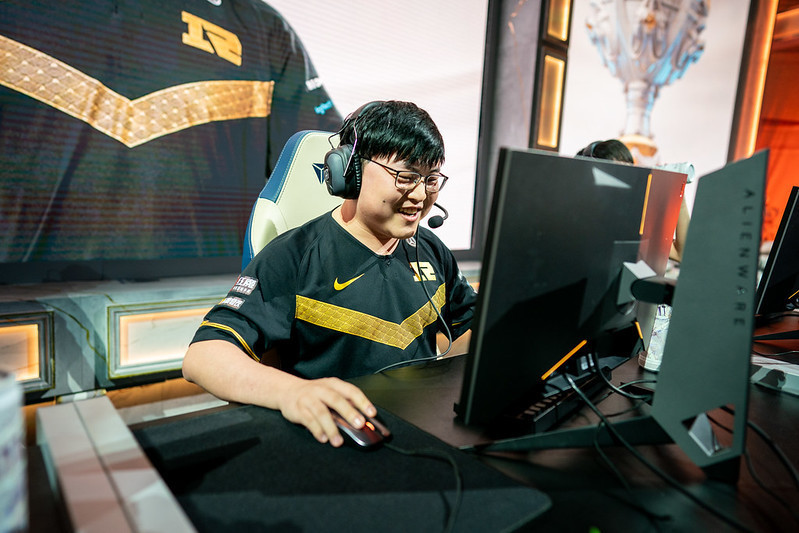 The former bot-laner - a position within the game - leaves the team Royal Never Give Up, with whom he began his professional career in 2012.

Royal Never Give Up posted a tribute on Twitter to their former player, calling him the "heart and soul" of the team and "an icon in the esports world as a whole".

Jian, 23, is one of the most accomplished players in League of Legends and often considered the greatest bot-laner of all time.

After eight years of high-intensity training, Jian suffers from chronic hand and shoulder complaints, revealing in an interview with sponsor Nike that doctors said his arms were similar to those of someone twice his age.

He became internationally famous at the age of 16 for his performances in the 2013 League of Legends World Championship, leading his team to the finals that year.

As of today, LPL0006 @UziRNG will officially retire. Uzi was not only the heart and soul of RNG, but also an icon in the esports world as a whole. From a teenager onwards he never gave up and worked as hard as he could to be the best he could in his role, he inspired many. pic.twitter.com/wsqqOnqE4o

Due to his earlier emotional and mechanical style of play, the gamer earned the nickname "puppy" in the early years of his career.

After three years with Royal Never Give Up, then called Royal Club, Jian joined OMG in 2015 and then Qiao Gu Reapers in 2016 before returning to his first team in 2017.

Uzi won his first League of Legends Pro League Championship at the 2018 spring edition and won that year's summer contest too, as well as adding an Asian Games gold medal that year.

The World Championship title was the only major accolade missing from Jian's eight-year career.