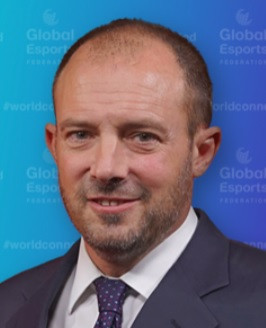 The Global Esports Federation (GEF) has announced the formation of a new Brand, Marketing, Commercial and Communication Commission to drive the sport forward.

The new Commission will be led by senior Italian football executive and GEF Board member Lorenzo Giorgetti, chief commercial officer at AC Milan.

"I look forward to engaging with the world’s commercial brands – established and those emerging – and the market at large to bring tremendous value to the GEF and our worldwide properties."

The GEF was launched in December 2019 in Singapore with the aim of developing the credibility, legitimacy and prestige of esports within wider society,

We’re pushing esports to the forefront of the world with the creation of our new Commission spearheaded by Lorenzo Giorgetti, @acmilan Chief Commercial Officer and Global Esports Federation Board Member.#worldconnected #esports #ACMilan pic.twitter.com/R0igo2DFXg

"Esports has emerged into the mainstream in recent years, evolving to hit the main stage of entertainment globally," said Chris Chan, President of GEF.

"The whole of the GEF and the global esports community are optimistic about its continued growth and expansion.

"We are excited to share our progress and new developments in esports."

The coronavirus pandemic has led to increased interest and attention on esports, with almost all sports forced to shut down international competitions.

Many sports have tried virtual versions as an alternative to or replacement for traditional in-person competitions, including chess, match poker, darts, tennis and motor racing.