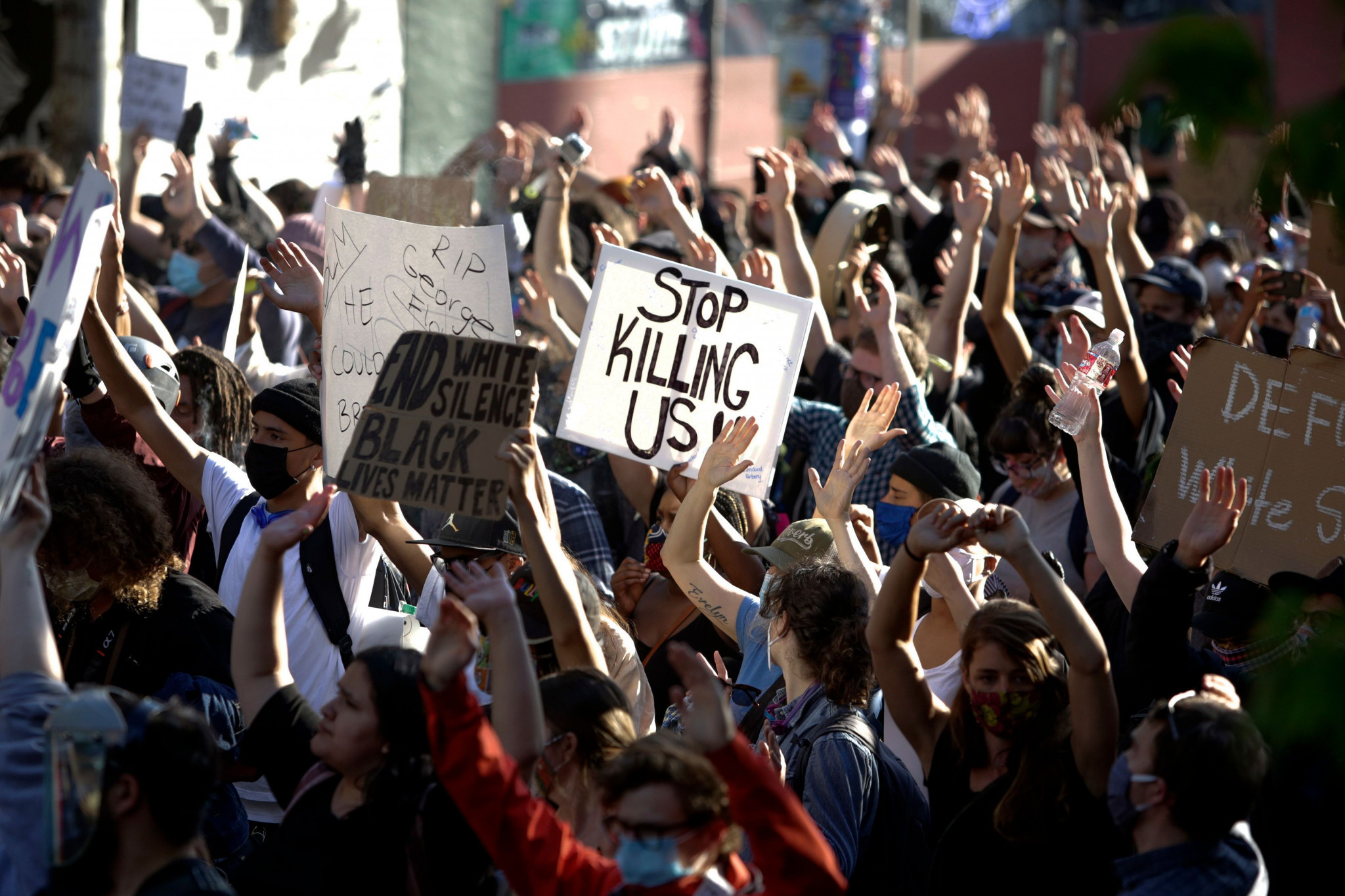 There have been seven days of protests across the US and beyond since the killing of Floyd in Minneapolis, for which now-fired white police officer, Derek Chauvin, has been charged with third-degree murder.

Sporting organisations and athletes have been among those to comment on the calls for change.

The IOC said it respects the statements shared by athletes, but is working within "its mandate" regarding the Olympic Games.

"The IOC fully respects that many athletes have made statements on social media and in the media," an IOC spokesperson told insidethegames.

"This is their individual right, and this is a right that we fully support.

"For its part, the IOC will continue to be guided for all Olympic-related matters by the Fundamental Principles of the Olympic Charter, in particular Principle 6, which states: 'The enjoyment of the rights and freedoms set forth in this Olympic Charter shall be secured without discrimination of any kind, such as race, colour, sex, sexual orientation, language, religion, political or other opinion, national or social origin, property, birth or other status.'

"The IOC will continue its mission to bring the entire world together through sport, whilst respecting the scope of its mandate."

The USOPC has also responded to the ongoing protests by vowing to hold a forum for athletes to understand how they can make a difference.

"Team USA is much more than a group of athletes, they are fellow citizens, members of your community, individuals from all races, genders, economic backgrounds and cultures," the USOPC said on Twitter.

"Together, we believe change can and will start, one organisation, one team, one person at a time.

"We are committed to being better and part of that change.

"First we are creating a forum for Team USA athletes to discuss their feeling and experiences with their peers, and within that dialogue, an understanding of what we each can do to make a difference together.

"Equality on the field of play, in life, and in our country should not be regarded as a privilege, but rather a right afforded to every human being.

"Team USA stands in solidarity with all who are committed to be forces for good.

"This is an opportunity to shape a better, more just America that represents, respects, and supports the hopes and dreams of everyone."

The USOPC last year placed two athletes on probation following protests at the Pan American Games in Lima, warning others who make similar stands will be given harsher punishments.

USOPC chief executive Sarah Hirshland had praised fencer Race Imboden and hammer thrower Gwen Berry for their admirable decisions to be an "active citizen" when demonstrating.

Imboden also took a knee at the Games in Lima in protest at racism, gun control, the mistreatment of immigrants and President Donald Trump.

Berry later raised her fist at the conclusion of her medal ceremony in Lima, an act which mirrored Olympic sprinters Tommie Smith and John Carlos on the podium at the Mexico 1968 Olympic Games, which served as a civil rights protest against racial discrimination.

The Lima 2019 protests raised suggestions athletes may stage podium protests at the Tokyo 2020 Olympic Games, which have now been postponed until 2021 because of COVID-19.