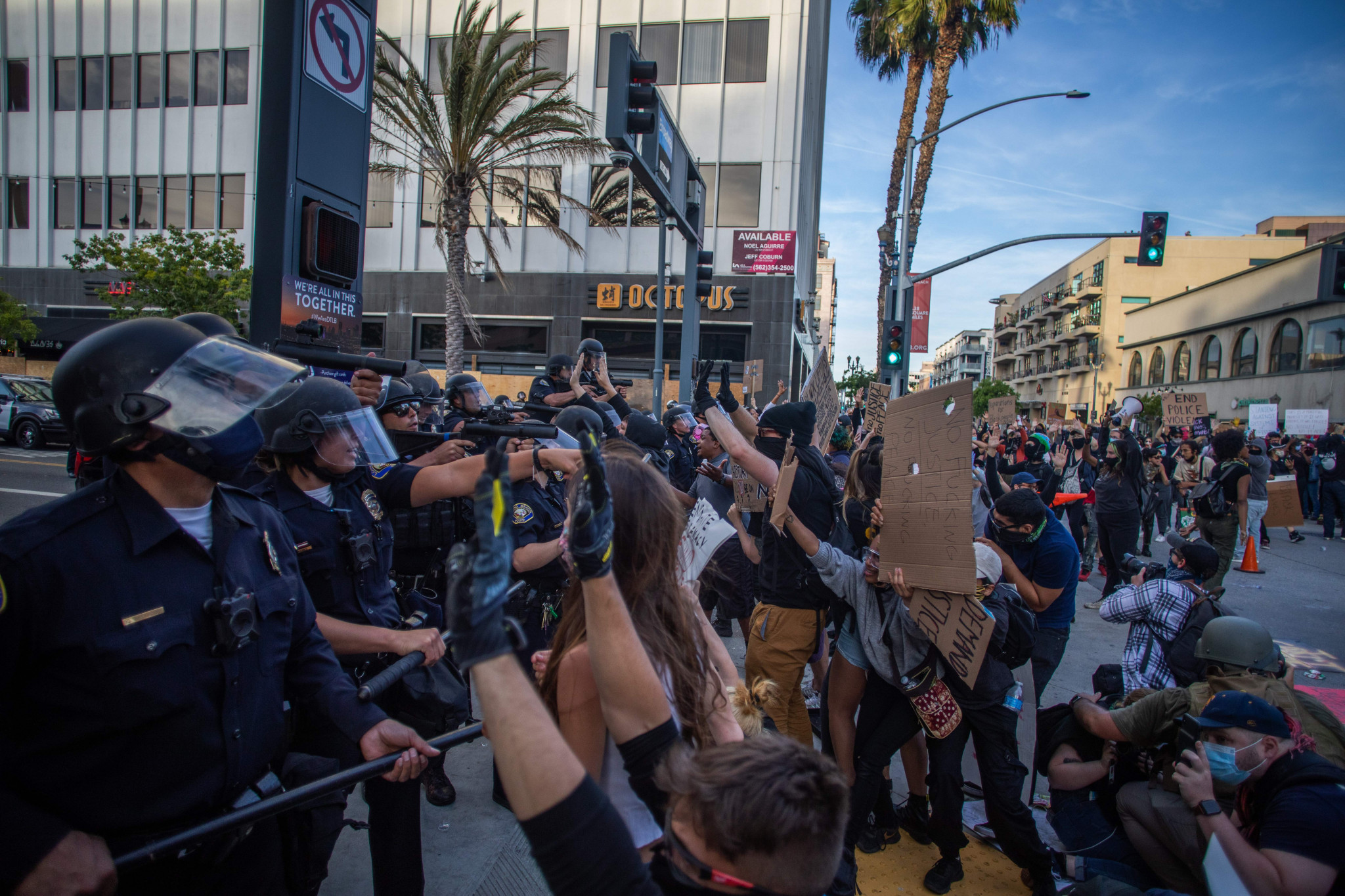 The International Paralympic Committee (IPC) has posted a message calling for change to ensure a world without racism, as protests continue in the United States following the death of George Floyd.

Floyd died on May 25 in Minneapolis with video footage showing a white police officer, Derek Chauvin, kneeling on his neck for several minutes.

Chauvin has been charged with third degree murder, although calls have been made to upgrade the charge to first-degree murder.

Three officers present at the time have been sacked, with protesters calling for them to also face charges.

Demonstrations began in Minneapolis on May 26 and have continued to spread in the US, with at least 30 cities seeing protests to date.

Other countries have also seen protests, with anti-racism demonstrations taking place in London in Britain and Auckland in New Zealand.

The protests come despite Government rules on social distancing and public gatherings introduced over coronavirus concerns.

The IPC is among the sporting organisations to have commented on the ongoing situation.

"At the IPC we are committed to make for an inclusive world," the IPC said in a tweet.

"A world with zero discrimination.

"A world where we are all united and the rights of all people are respected and not violated.

"Acts of racism cannot go on.

At the IPC we are committed to make for an inclusive world.

A world with zero discrimination. A world where we are all united and the rights of all people are respected and not violated.

Acts of racism cannot go on. Change must happen. pic.twitter.com/D7hYGXMRu0

The Bundesliga has also seen football players comment on the protests, with Borussia Dortmund's Jadon Sancho and Achraf Hakimi revealing "Justice for George Floyd" t-shirts after scoring goals in their 6-1 win against Paderborn.

American player Weston McKennie also wore an armband with the same message when playing for Schalke, while Marcus Thuram took a knee after scoring for Borussia Moenchengladbach.

The latter action has become associated with former National Football League (NFL) player Colin Kaepernick, who knelt during the American national anthem before matches in protest against the oppression of black people and the number of African-American deaths caused by law enforcement.

Kaepernick has not played in the NFL since the conclusion of the 2016 season.

US fencer Race Imboden also took a knee at last year's Pan American Games in Lima in protest at racism, gun control, the mistreatment of immigrants and President Donald Trump.

American hammer thrower Gwen Berry raised her fist at the conclusion of her medal ceremony in Lima, an act which mirrored Olympic sprinters Tommie Smith and John Carlos on the podium at the Mexico 1968 Olympic Games, which served as a civil rights protest against racial discrimination.

The United States Olympic and Paralympic Committee (USOPC) placed both athletes on probation and warned others who make similar stands will be given harsher punishments.

USOPC chief executive Sarah Hirshland had praised both athletes for their admirable decision to be an "active citizen".

The Lima 2019 protests raised suggestions athletes may stage podium protests at the Tokyo 2020 Olympic Games, which have now been postponed until 2021 because of COVID-19.

The IOC claimed it was not restricting free speech, with athletes able to give their views in interviews and on social media.