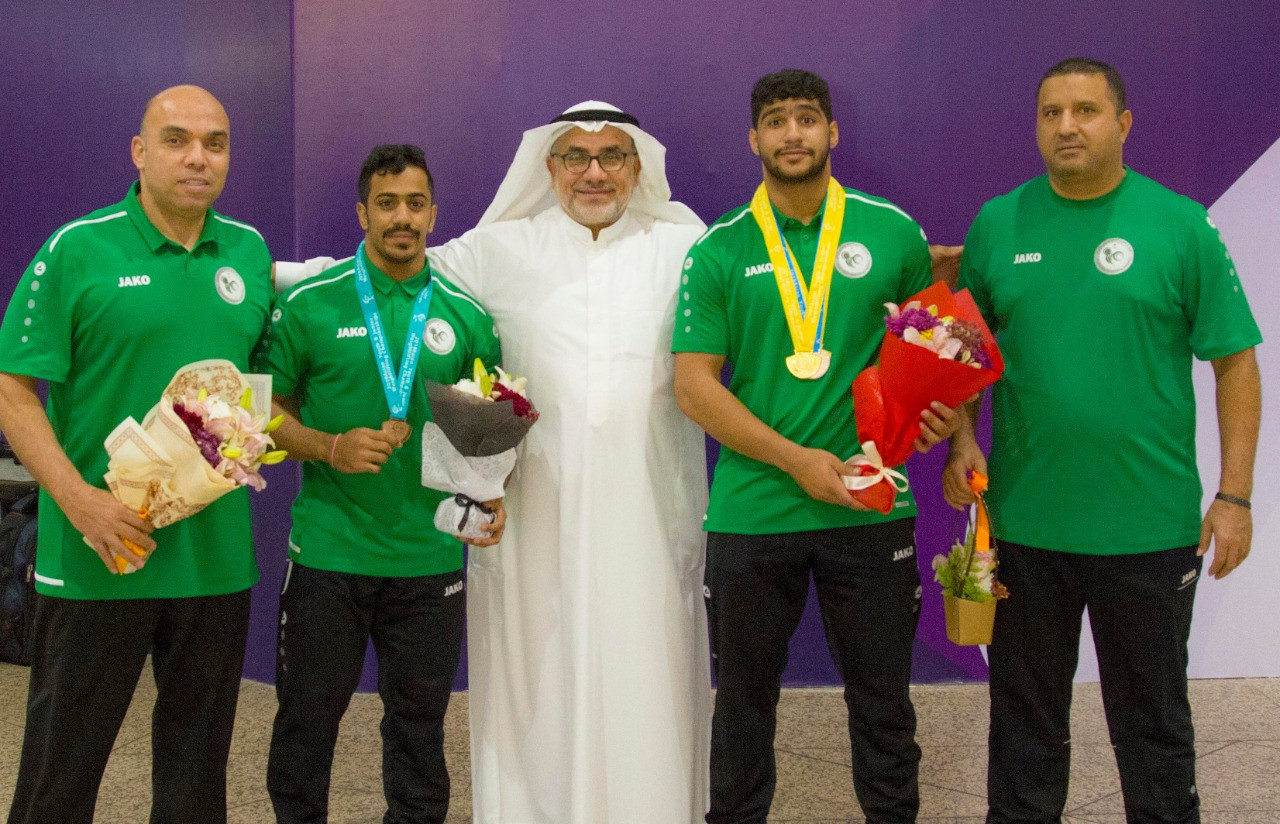 A successful coach who has helped weightlifters from Egypt and Saudi Arabia win medals at the highest level of the sport has denied any involvement in the teenage doping scandal that led to Egypt being banned from the Tokyo 2020 Olympic Games.

Khaled Korany, who is currently head coach of the Tunisia Olympic team, said: "I am not stupid.

"Why would I risk my name and reputation as a coach in this way?"

Seven young Egyptians tested positive for methandienone at a training camp before the African Youth and Junior Championships in Cairo in the last few weeks of 2016.

The Independent Member Federations Sanctions Panel, which was set up by the International Weightlifting Federation (IWF), suspended Egypt for two years last September and imposed a fine of $200,000 ($163,500/€183,000).

In a report that was leaked on social media last week, the Panel said the role of Korany, and other unnamed coaches and support staff, had not been properly investigated by the Egyptian Weightlifting Federation (EWF).

The Panel was "very troubled" that seven young athletes were punished with four-year suspensions while no coaches, medical staff or other officials had been held responsible.

"What has happened to these young athletes is very bad," Korany told insidethegames.

"They were deceived by someone who knows that they are too young to understand everything that happens."

He said the accusations levelled against everybody working with the team in 2016 – coaches and EWF officials – had caused irreparable damage to Egypt's reputation, while the guilty party was still unknown.

Korany's explanation is that, during a time of bitter division within the EWF, a third party was paid by somebody to "doctor" food consumed by the young athletes with illegal drugs.

"Severe differences arose on the Board, which was split on all decisions," he said.

"There were many problems and complaints in the media.

"There is a high possibility that one of the members paid an athlete, coach or someone else to put something in food or supplements, but no-one could prove that.

The purpose, he said, would have been to discredit the EWF President Mahmoud Mahgoub, who was seeking re-election.

Mahgoub, who sits on the Executive Board of the IWF, lost control of the national federation when its administration was taken over by Egypt's National Olympic Committee seven months ago.

The NOC stepped in after another doping scandal, when six of Egypt's team at the African Games in Morocco last August tested positive, including the Rio 2016 medallist Sara Ahmed.

Korany was in his third and final year as technical director of Saudi Arabia's team by then.

The Morocco cases are being dealt with by the Games Organising Committee and are not closed.

Reports in the Egyptian media suggested tainted supplements were the problem, and that all the positive tests were for a drug that is illegal only in-competition.

As a result of the doping scandals and Egypt's suspension there was a Government inquiry and a court ruling to dissolve the EWF.

The Federation's future will be discussed at a meeting of the NOC in Cairo tomorrow.

Korany was head coach for Egypt at the Youth and Junior Championships in 2016, but was given the job only at short notice, he said, and worked with the team for less than a month.

He had coached Egypt at the Rio Olympic Games but after August 2016 he was preparing for his new job in Saudi Arabia.

The Egyptians asked him to stand in when contract negotiations with another coach broke down, he said.

Korany said that if the athletes had taken steroids before the camp it would have been at a time when he was not involved, though he favours the "sabotage" explanation.

"I would like to make it clear that the camp was held only just before the Championships," Korany told insidethegames.

"The camp ended three days before the first of the athletes' samples were taken.

"I am not stupid to give athletes this prohibited substance, especially since it is known that it remains in the body for months."

The entry for the Championships was low – 14 athletes from only two nations competed in the youth girls events, and 20 boys took part.

The total junior entry for men and women was 43.

"Why would I risk my name and my reputation as a coach for a weak championship?" said Korany.

"The issue is a conspiracy to tarnish the image of the Egyptian Federation, but the cause of it has not been revealed.

"This news has caused extreme anger among everyone in Egypt due to the lack of knowledge of who is responsible."

Korany, who will be 51 tomorrow, was an international lifter who competed until 1998 before becoming an assistant coach and, in 2011, head coach of Egypt's team.

Egypt had not won an Olympic weightlifting medal since 1948 but had two athletes promoted to medal positions at London 2012 after doping disqualifications, and had further cause for celebration at Rio 2016 when Mohammed Ihab and Ahmed won medals.

Korany, who has a PhD in weightlifting training, said he was not being investigated by the IWF, though investigations had been carried out into his relationship with doped athletes and doping generally.

"Thank God my position is correct, since during the last eight years from London 2012 to 2020 none of my athletes have had any doping cases," he said.

There had been countless analyses of his athletes from Egypt, Saudi Arabia and Tunisia, he said.

"If Saudi Arabia and Tunisia thought I was a suspicious coach they would never have contacted me," he added.

The panel's report said that, based on evidence from the athletes, Korany had complete control of what they consumed at the training camp.

Korany said several other coaches of the young athletes had access and could have "sabotaged" food or supplements, a theory that was also put forward to the Panel by the EWF but dismissed as one of its "inconsistent explanations".

The Panel criticised the EWF for failing to have supplements analysed.

Korany was speaking from Azerbaijan, where he is working with four Tunisian athletes.

When that event was postponed because of the coronavirus, the Tunisians had to extend their stay.

Travel restrictions have kept them in Baku and they are still there more than 10 weeks after arriving.