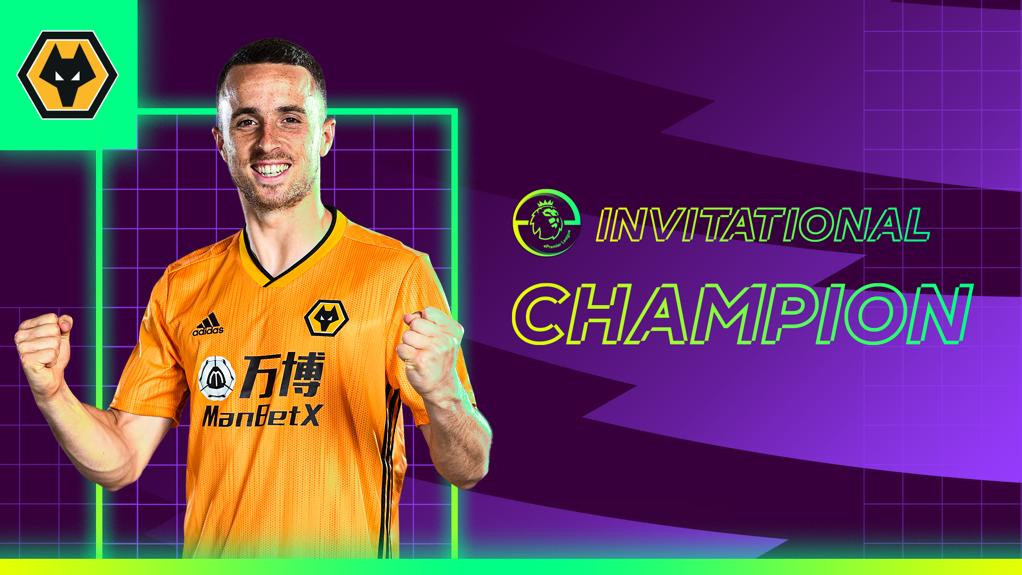 Wolverhampton Wanderers forward Diogo Jota was crowned the winner of the ePremier League Invitational after an exciting final against Liverpool's Trent Alexander-Arnold.

The competition, starring football players from all most Premier League teams, came to its climax with a final between Portugal's Jota and Englishman Alexander-Arnold.

The pair were level at 1-1 after 90 virtual minutes of play on FIFA 20, needing an additional 68 before Jota scored a golden-goal winner.

They reached the final after Alexander-Arnold defeated England teammate Raheem Sterling of Manchester City 3-2 in the semi-finals, while Jota thrashed Burnley's Dwight McNeil 4-1.

Other players to feature included Aston Villa's John McGinn - who suffered a 6-1 first-round thumping against Brighton's Neal Maupay - as well as Chelsea youngster Reece James, who was humbled 8-0 by Everton's André Gomes.

Gomes, adding insult to injury, claimed to have only started playing the game a week ago.

Maupay and Gomes lost in the quarter-finals, along with Sheffield United's Lys Mousset and Newcastle's Christian Atsu.

Norwich City's Todd Cantwell was regarded by many to be the favourite for the tournament but was shocked in his opening match against Mousset, losing 6-2.

Two non-footballers represented a pair of clubs, with musicians Tom Grennan and You Me at Six frontman Josh Franceschi playing for Manchester United and Arsenal respectively.

An unspecified prize fund will be donated to the National Health Service.

The Premier League is one of many sporting organisations to have launched an esports competition while conventional matches are on hold due to the coronavirus pandemic.