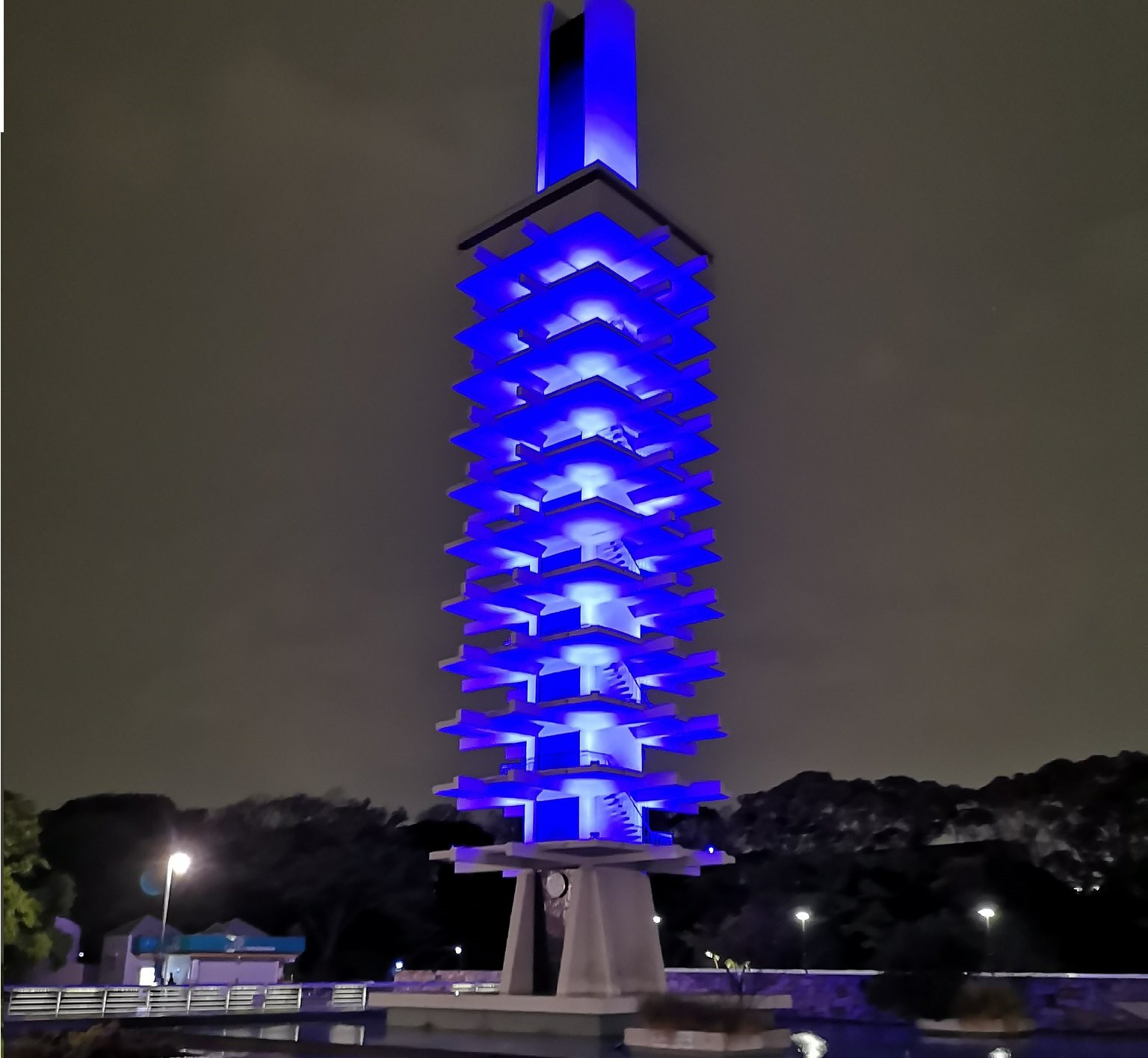 The tower at Tokyo 1964's Komazawa Olympic Park is being turned blue to honour doctors and nurses working against coronavirus pandemic.

The monument is being turned blue every evening until May 6, with medical staff battling to contain the pandemic.

Other landmarks such as the Tokyo Skytree have also been lit up blue at night.

The colour blue is to represent the earth and show solidarity with other countries also fighting coronavirus.

Cases of coronavirus in Japan have rocketed since the postponement of the Tokyo 2020 Olympic and Paralympic Games to July 23 to August 8 and August 24 to September 5 in 2021 respectively.

The country has more than 10,000 confirmed cases, with more than 200 people dying.

There are fears coronavirus may still impact the postponed Games, with Tokyo 2020 chief executive Toshirō Mutō recently revealing that he did not "think anyone would be able to say if it is going to be possible to get it under control by next July or not."

Toyko 2020 has also suggested there is no alternative plan for the event if the pandemic remains an issue next year.

Nearly 2.3 million people have been infected with coronavirus worldwide, resulting in more than 150,000 deaths.