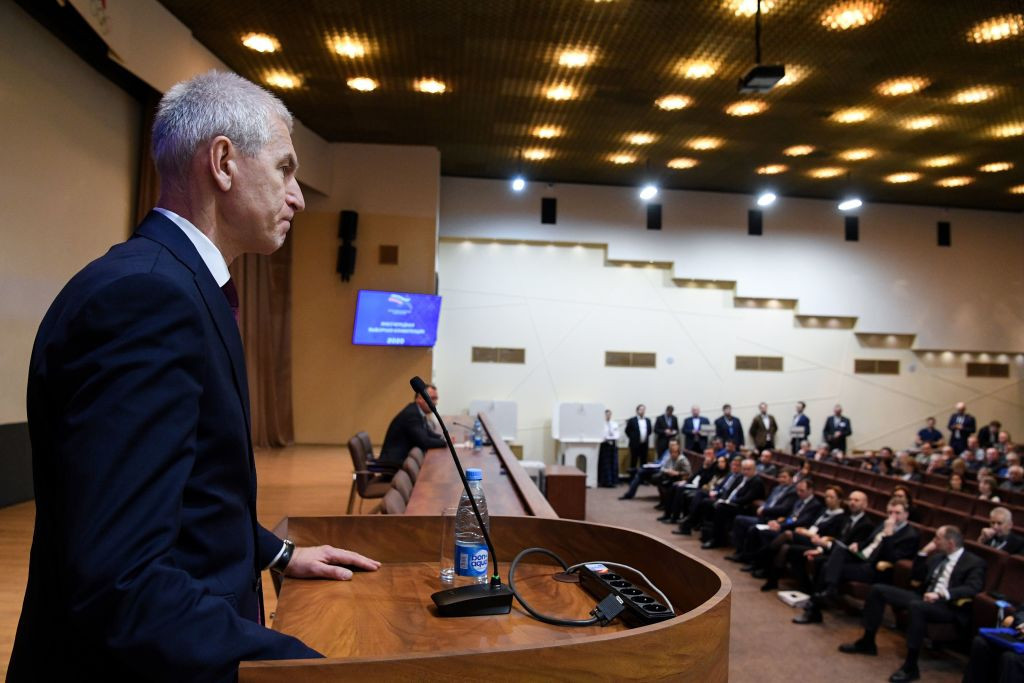 Russian Sports Minister Oleg Matytsin has urged the Court of Arbitration for Sport (CAS), the World Anti-Doping Agency (WADA) and the International Olympic Committee to "consider the role that Russia can play in helping to revive world sport" amid the coronavirus pandemic.

During a press conference streamed online, Matytsin highlighted how the country had been a "prolific host of international sports events in the past and can be again as soon as possible when the world will most need it".

Russia has been hit with a four-year package of sanctions by WADA for manipulating the Moscow Laboratory data, which includes a ban on the nation's flag at the Olympic Games and preventing the country from hosting major events.

The Russian Anti-Doping Agency is appealing the range of punishments at the CAS.

Hearings in the case have been delayed because of the COVID-19 pandemic and are not set to start until July at the earliest.

"This grave situation requires the world to unite, to enable international sport to commence at the earliest safe opportunity.

"Russia has been a prolific host of international sports events in the past and can be again as soon as possible when the world will most need it.

"Pending the CAS case to which the Ministry of Sport is not a party, Russia is focusing on the potential to be of further service to the future of clean global sport, rather than potential punishment."

Russia has also been barred from bidding for the 2032 Olympic and Paralympic Games as part of the sanctions, imposed by WADA in December.