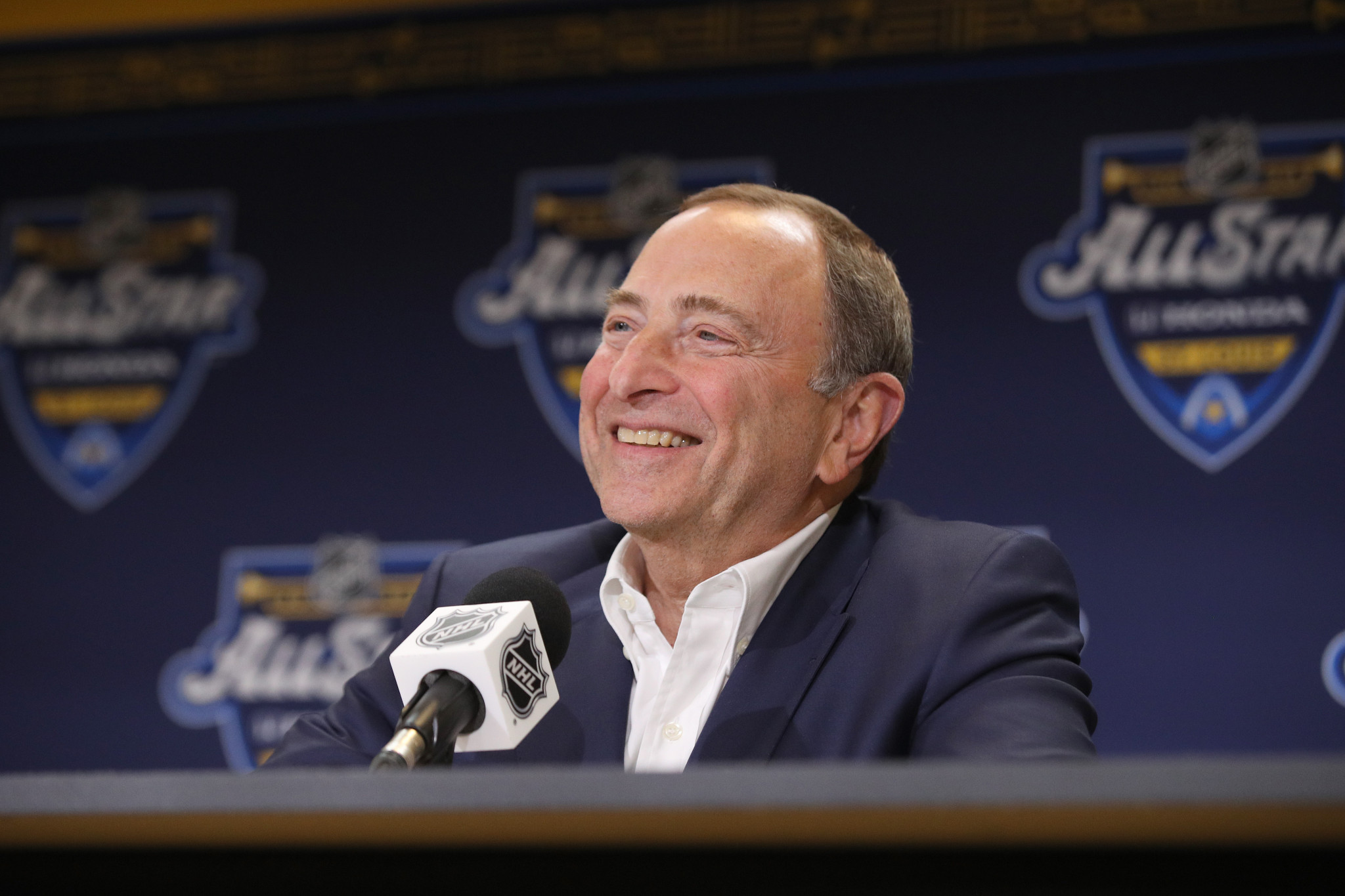 National Hockey League (NHL) Commissioner Gary Bettman believes the postponement of the Tokyo 2020 Olympic Games will provide an opportunity for their season to continue as the league attempts to navigate through the coronavirus pandemic.

The professional ice hockey league, which features teams from Canada and the United States, was suspended on March 12 due to the COVID-19 crisis.

The current regular season had been due to conclude on April 4, leading into the Stanley Cup play-offs and finals.

The Stanley Cup Finals were expected to conclude in June.

Bettman has admitted there is too much uncertainty over coronavirus to decide on when the NHL can return.

But the postponement of the Tokyo 2020 Olympics until 2021 may have provided a greater window for the NHL, however.

NBC were due to broadcast the Games from July 24 to August 6, but could now show NHL matches during that period to help fill the gap created in the television schedule.

"And on the NBC platform, the fact the Olympics have been postponed gives us a broader window to focus on when and how we can play."

The NHL Commissioner said officials were assessing all options on how to ensure the season could conclude.

Reports have suggested the NHL could opt to hold matches at a limited number of venues, without spectators, to ensure the season is completed.

Bettman said it was too early to speculate on a decision.

"From an NHL standpoint, and I'm sure this is what the other leagues are doing, we're viewing all of our options," he said.

"We want to be ready to go as soon as we get a green light, and the green light may not be crystal clear because there may still be some places in the country you can't play and other places where you can.

"We're looking at all options.

"It's largely going to be determined what we do by how much time there is, because we have next season to focus on as well, and the health of the country, and by the country, I mean both Canada and the US, obviously."

The NHL had been suspended on March 12, following positive coronavirus tests in the National Basketball Association (NBA).

The NHL is one of several major American leagues to have been halted by the coronavirus crisis.

The NBA and Major League Baseball have both been impacted.

More than 1.4 million coronavirus cases have been reported worldwide since the outbreak began, with more than 83,000 deaths.

Coronavirus has heavily impacted sport as countries introduce measures aimed as slowing the spread, including lockdowns.

This has led to the postponement and cancellation of numerous major events, while leagues are having to assess how they can conclude their respective seasons and fulfill major contracts.