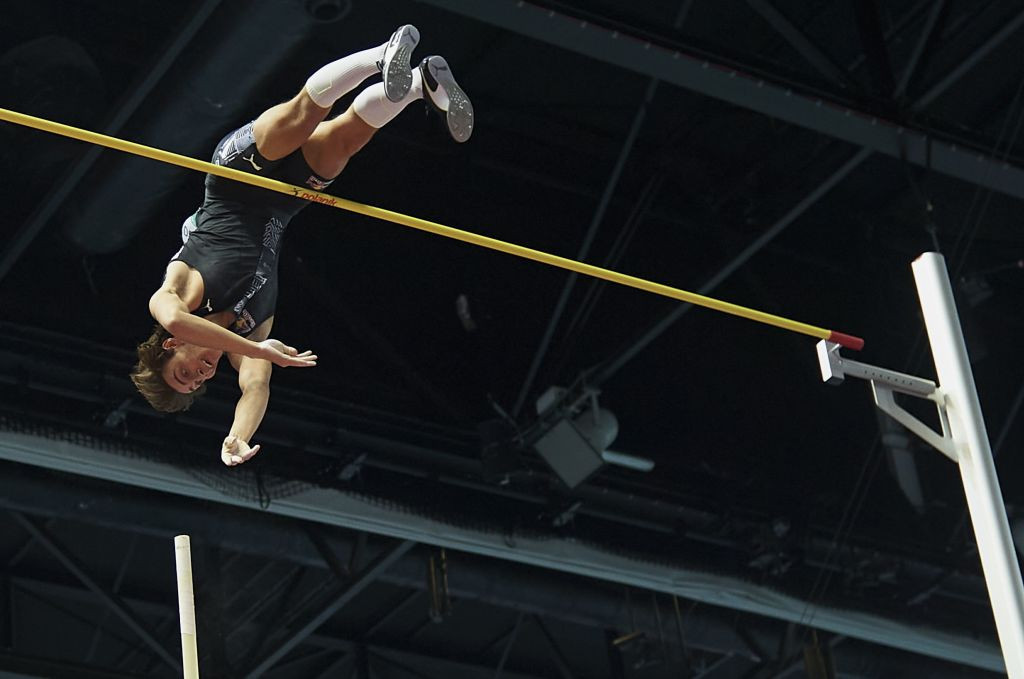 Swedish pole vault star Armand Duplantis is auctioning the bib he wore during his world record-breaking performance in Torun in February to raise money for the fight against the coronavirus pandemic.

The 20-year-old American-born Swede broke his own record in Glasgow the following week after managing 6.18m.

Proceeds from the auctioned bib will go towards helping battle the COVID-19 virus, which has infected more than 1.3 million people and killed at least 74,000 worldwide.

Sweden has reported 7,206 cases and more than 477 deaths from the virus, according to the latest figures.

Sweden, which has opted against the stricter measures imposed in other countries, reported its highest increase in deaths today.

Athletes have begun pitching in to help their countries tackle the pandemic, which has forced a near-total shutdown of sport worldwide.

Duplantis had been set to be one of the stand-out performers at the Tokyo 2020 Olympic Games, which have been rescheduled for 2021.

Rearranging the Games also forced World Athletics to push back its 2021 World Championships by a year.