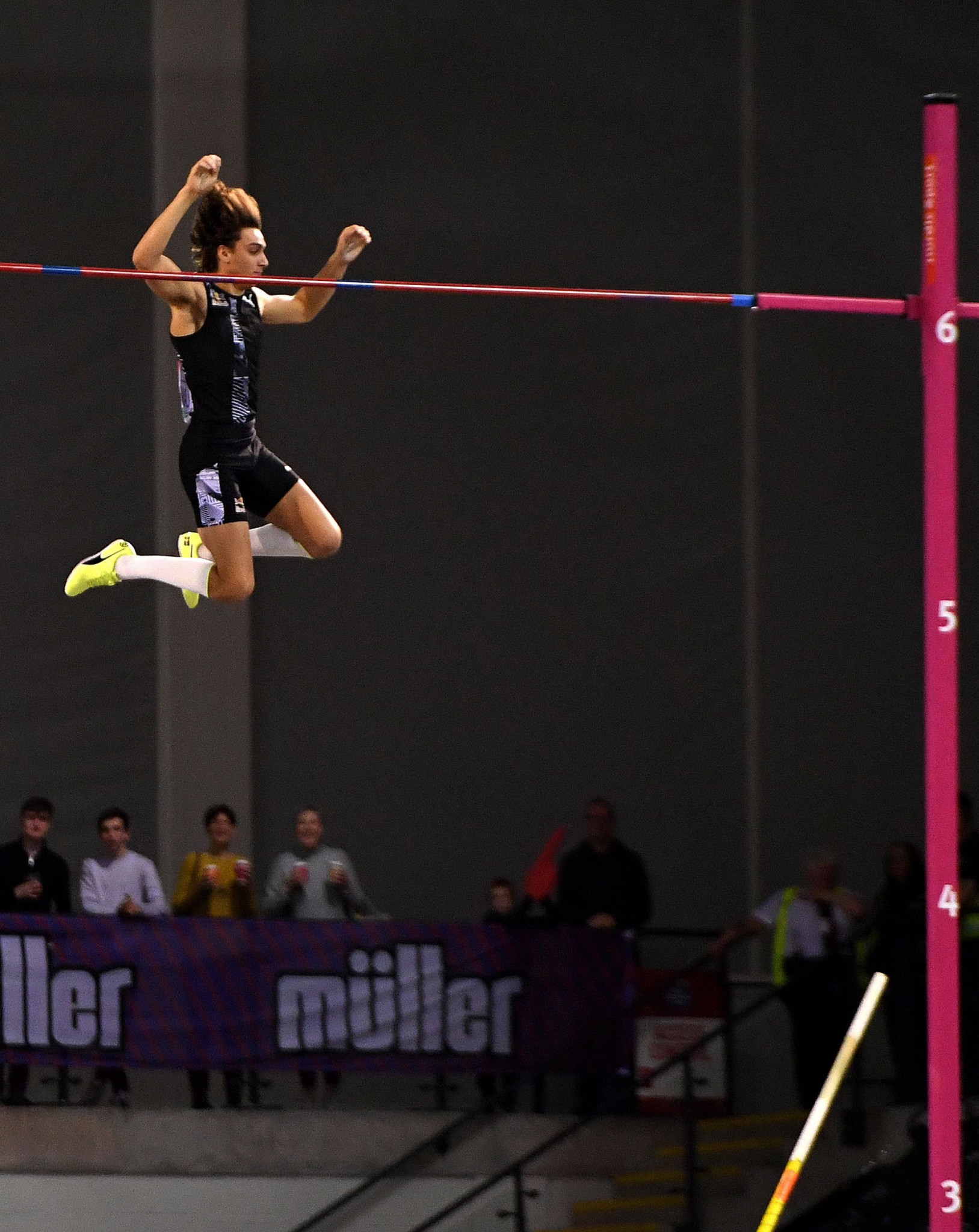 Armand Duplantis, who has twice improved the world pole vault record in the space of a week, will seek an extraordinary hat-trick here tomorrow evening as the illustrious Meeting Hauts-de-France Pas-de-Calais in Liévin makes its debut in the World Athletics Indoor Tour.

The 20-year-old United States-based Swede followed up his 6.17 metres clearance in Torun on February 8 by adding a further centimetre in Glasgow on Sunday and, at what will be the penultimate stop on the Tour ahead of the Villa de Madrid meeting on Friday (February 21), has the opportunity to create further sporting history.

Given the huge margin by which he cleared the bar in Scotland the man they call - fittingly - "Mondo" would appear to have plenty to spare when it comes to making another advance on the 6.16m achieved by France’s Renaud Lavillenie in 2014.

"I’ve always dreamt of breaking world records, I always thought that I was capable of it," he said at the pre-event press conference held here.

"My body still feels fresh and I feel good jumping now of course.

"It’s part of the whole process building up to this summer.

"I want to have my best performance and to do the best I can at the Olympics."

Asked how he felt about hearing people start to compare his impact on athletics with that of Usain Bolt, he responded with sensible caution.

"It’s hard to compare because I think me and Usain Bolt are very different, we’re in different events, we’re different people," Duplantis commented.

"I know the expectation there is, and I understand the pressure people try to put on me.

"They want great things to be happening.

"But it’s hardly something I think I should be thinking too hard about, because it kind of is out of my control.

"It’s in my control that I can perform well and do things like that, but I’m only human so I can only do as much as I can do.

"And I’m going to do everything I can do.

There will nevertheless be high hopes of another coup on the part of the organisers of this meeting, which has regained its previous stock after the extended closure of the Arena Stade Couvert from 2012 to the end of 2017 due to structural problems.

The two annual competitions held here since have restored the reputation of a meeting that can boast seven world records since its establishment in 1988, a year after home sprinter Bruno Marie-Rose had won the European indoor title on its boards with a 200m world record of 20.36sec.

And, whether an omen or not, three of those records have come in the pole vault.

In 1993, Ukrainian Sergey Bubka raised his own best mark to 6.14 - just 1cm below where he would leave the record until it was broken by Lavillenie in 2014.

In 2002, Russia’s Svetlana Feofanova set her fourth world record of the season with an effort of 4.74m, and three years later compatriot Yelena Isinbayeva took the mark on to 4.89m.

If Duplantis needs anyone to help push him still higher then there could be no better rival than Sam Kendricks, the American who last year earned his second world title in Doha, beating the young Swede on countback after both had cleared 5.97.

Other strong contenders in what is one of five Tour point-scoring disciplines on the men’s programme - the others being the 60m, 800m, 3000m and triple jump - include Brazil’s Rio 2016 Olympic champion Thiago Braz, Canada’s 2015 world champion Shawn Barber and Poland’s 2011 world champion Paweł Wojciechowski.

The prize money of $20,000 (£15,350/€18,500) on offer for the individual overall winner of each event in the World Indoor Tour has already been claimed by Duplantis, who has 36 points to his credit - three winning scores of 10 points and two world record bonuses of three points.

Overall winners also earn automatic qualification for the next edition of the World Athletics Indoor Championships, although they will all have to take rain check on that given that this year’s proposed edition in Nanjing has been postponed until 2021 because of concerns over the coronavirus epidemic.

While Duplantis ponders on the possibility of a world record hat-trick, Poland’s Adam Kszczot has his own realistic ambitions of a third consecutive flourish, having won the overall 800m title in 2016 and 2018.

The world indoor champion’s first Tour victory yesterday, where he finished 0.18sec ahead of Kenya’s Cornelius Tuwei, established him on 24 points - 11 clear of his nearest challenger, Germany’s Marc Reuther.

Both Tuwei and Reuther are in the field here.

Meanwhile the men’s triple jump offers another rising star of the sport, Hugues Fabrice Zango of Burkina Faso, a chance to give further evidence of his talent.

The world bronze medallist produced the leap of his life at the recent Meeting de Paris, setting an outright African record of 17.77m.

The performance puts him equal fourth on the all-time indoor list and just 15cm shy of the world indoor record held by his French coach, Teddy Tamgho, whose meeting record of 17.64, set in 2011, looks well within his capability.

The women’s 60m hurdles is one of three point-scoring events on the women's programme - the others being the 1500m and long jump - and it offers ex-world champion Nia Ali of the United States an early opportunity to put right the mid-race power failure that allowed Alina Talay of Belarus to beat her in Glasgow as both were credited with a time of 8.03.

While Ukraine's Yaroslava Mahuchikh’s win in Glasgow earned her the overall women’s high jump prize, her compatriot Maryna Bekh-Romanchuk still needs to dot the I’s and cross the T’s to secure her pre-eminence in the long jump, where she is 18 points clear of Sweden’s Khaddi Sagnia on 30.

In the men’s 60m, Ronnie Baker - who won bronze at the last version of the World Indoor Championships in Birmingham two years ago - has the opportunity of finishing top of the pile having won his first Tour race in Scotland in 6.50, his fastest timing since that Birmingham final.