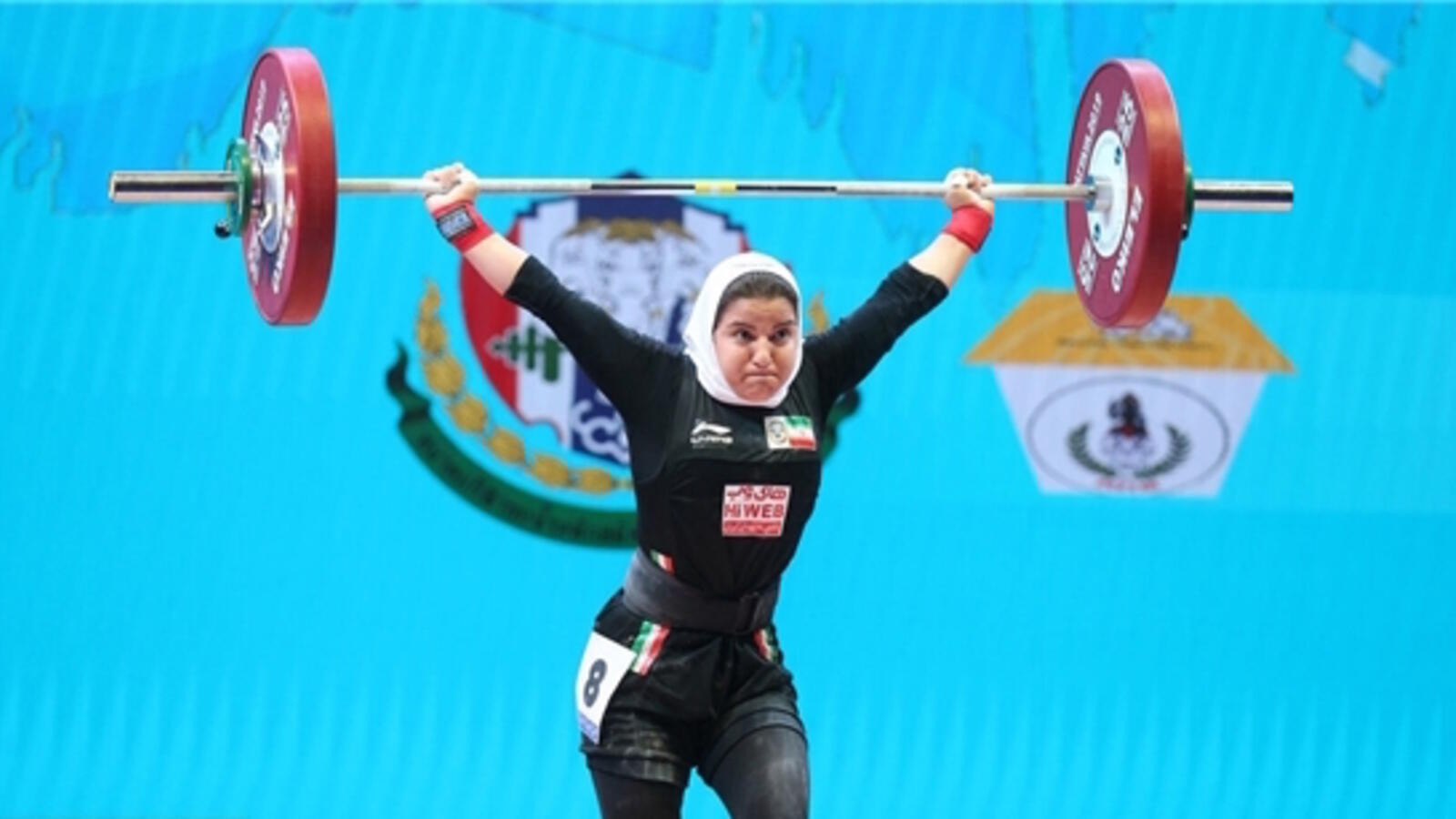 She was the first woman ever to represent Iran in a weightlifting World Championships, and now Poupak Basami is making her mark again - in helping the medical effort against COVID-19.

Basami, 28, is a qualified nurse who worked in hospitals before she became a weightlifter.

Last year she was the first woman to lift for Iran in the Asian Championships, then the first to represent her nation in the International Weightlifting Federation (IWF) World Championships.

Her total improved by 15 kilograms in a few months and although she was outside the top 30 she finished ahead of four of her rivals in the 55kg class.

But any further improvement is on hold, as Basami has stepped aside from the sport during the coronavirus crisis.

"As soon as the outbreak of coronavirus started she was giving medical service to the federation’s athletes and staff, and now she is helping to fight the virus on the front line," Ali Moradi, President of the Iranian Weightlifting Federation (IRIWF), said.

"She is serving the medical society of Iran, and serving her people."

The Fars News Agency said Basami had temporarily left the national team to"“roll up her sleeves and enter the pit… her priority has changed from sport to saving lives."

Basami worked in hospitals and had seven years' experience as a nurse before she took up weightlifting, which was a men-only sport in Iran until 2018.

When she became a lifter, she also worked with the Iran Sport Medicine Federation and on-site at the Azadi Sport Complex in Tehran.

Now she is back working in a hospital as Iran attempts to deal with the crisis.

The country fears a second wave of coronavirus cases, having so far had more than 3,400 deaths of people who had tested positive for the virus.

There have been 56,000 confirmed cases, many of whom have been treated at sports halls that have been turned into mobile hospitals.

Another weightlifter on medical duty is Mary Peck, the 63kg national champion in the United States in 2016, who competed at continental level.

Peck is on a nursing externship at Johns Hopkins Hospital in Baltimore and has volunteered to help treat COVID-19 patients.

Peck, 29, now retired from competition, said her time in the sport had helped her commit to a career in nursing.

"During my time as a weightlifter I worked with people in the weightlifting setting, helping them reach their fitness goals," she told USA Weightlifting.

"I knew then that nursing was an outlet for me."