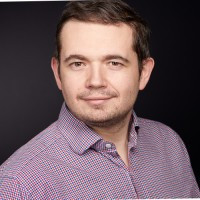 The International Olympic Committee (IOC) must do all it can to help weightlifters who have been “devastated” by the postponement of Tokyo 2020 and now fear their hard-earned places could be taken away from them.

That is the view of Phil Andrews, chief executive of USA Weightlifting (USAW), who has called on the IOC to end any uncertainty over the qualification process "as soon as is reasonably possible.”

The IOC was asked to approve changes to the qualifying system last week, after the International Weightlifting Federation (IWF) Executive Board agreed on amendments.

Any hopes of a swift response were ended by the IOC’s preoccupation with the coronavirus crisis, which led on Tuesday to the postponement of the Olympic Games until next year.

The IOC Executive Board is due to meet again on Monday.

Andrews admits that he has “a conflict of interest” in calling for the IOC to lock in the current rankings, as eight Americans are in a position to earn places at Tokyo 2020.

Only one other nation, China, seems likely to qualify the maximum team of eight.

But Andrews says athletes all around the world will be asking themselves: “I’ve just put my body on the line for two years to qualify – have I done all of that for nothing?”

There is talk within weightlifting of some nations and individual athletes favouring an extension of the qualification deadline by many months, of adding an IWF World Championships to this year’s calendar and making it a qualifier for Tokyo, and even of some wanting a rethink of the whole system, which was created in response to the sport’s long-standing problem with doping.

While many athletes are hoping their standing in the rankings will be confirmed, others who thought they had just failed to qualify can “sense an opportunity to qualify, both within their own nation and in the worldwide qualification,” said Andrews.

“Within our own nation, we have athletes who feel, quite reasonably that with the cancellation of the final qualification events they may be able to earn another shot,” he said.

“They also have a valid case to make.”

Here at the IWF we applaud the joint decision of the IOC and the Tokyo 2020 Organising Committee to postpone the 2020 Tokyo Olympic Games, and stand in solidarity with our athletes and fans through this challenging time. 🚨

Nothing can be discussed or decided by the IWF Board until the IOC has said yes or no to the proposals put forward last week.

“Our athletes are not in a good place right now,” said Andrews, who is also director general and treasurer of the Pan American Weightlifting Federation.

“The IOC should put athletes at rest and guarantee them a place at the rearranged Games if they have already qualified for Tokyo 2020.

“Now is the time to ensure that athletes have at least some certainty in their life, especially those who believe they have already qualified for the Olympic Games.

“The right decision has been made [to postpone], but it is vital that athletes who have qualified are given clarity about what this means for them in terms of competing in Tokyo in 2021.

“This the single biggest stressor for our athletes – the fear they may have to fight again for what they have already earned.”

USAW will “continue to provide a lot of mental health resources and as much support as we can” to the athletes, added Andrews.

Any athletes who were thinking of making the Tokyo Games their farewell competition will find it extremely difficult to add another year to their efforts.

Two from China who have already won Olympic gold, Deng Wei and Lyu Xiaojun, fall into that category as both have spoken of retiring.

At last week’s Board meeting, held by teleconference because of travel difficulties, the IWF agreed that qualifying should not be extended beyond the original date of April 30.

All five continental Championships in April were called off because of the coronavirus pandemic.

No details were released of the other changes, which are believed to give athletes some leeway in regard to the third and final six-month phase of qualifying, in which six "gold" events were lost because of COVID-19.

The 18-month qualifying period started in November 2018 and was broken into three phases, with qualifying points awarded at all competitions based on performance, and zero points given for a "bomb-out".

Originally, athletes were compelled to enter four scores: one performance from each phase, plus their best other score from any time during the 18 months.

Changes were made because of the severe disruption to the third phase.

There is a possibility that the IOC will allow weightlifting a few extra quota places beyond the 196 already agreed “to take the pressure off qualification issues,” Andrews believes.

He wants the IOC to confirm the qualifiers as they stand, and open the way for “a very limited number” of others to take part.

The extra places would go to those who can show that they were denied a good chance of qualifying by the cancellation or postponement of a competition in recent weeks, or who can prove a similar performance level in available competitions and have met the previous qualifying criteria.

“It depends not just on the IOC, but on Tokyo 2020 accepting that possibility,” he said.

Another option is to add a fourth period of qualifying to the existing schedule.

The problem with that is not knowing how soon a return to international competition might be possible, and the fact that travel restrictions are different in various parts of the world.

“There are a lot of questions to answer, but I think it all starts with: when are the Tokyo Olympic Games going to take place?” said Andrews.

“This is not an easy scenario for the IOC, the IWF, National Federations or athletes.”

In a statement on the IWF website Ursula Papandrea, the governing body’s Acting President, said, “Our intent as always is to make the best decisions for our athletes and member federations.

“Not all decisions will please everyone, but with all sincerity, we aim to make the most prudent decisions for all of us.”