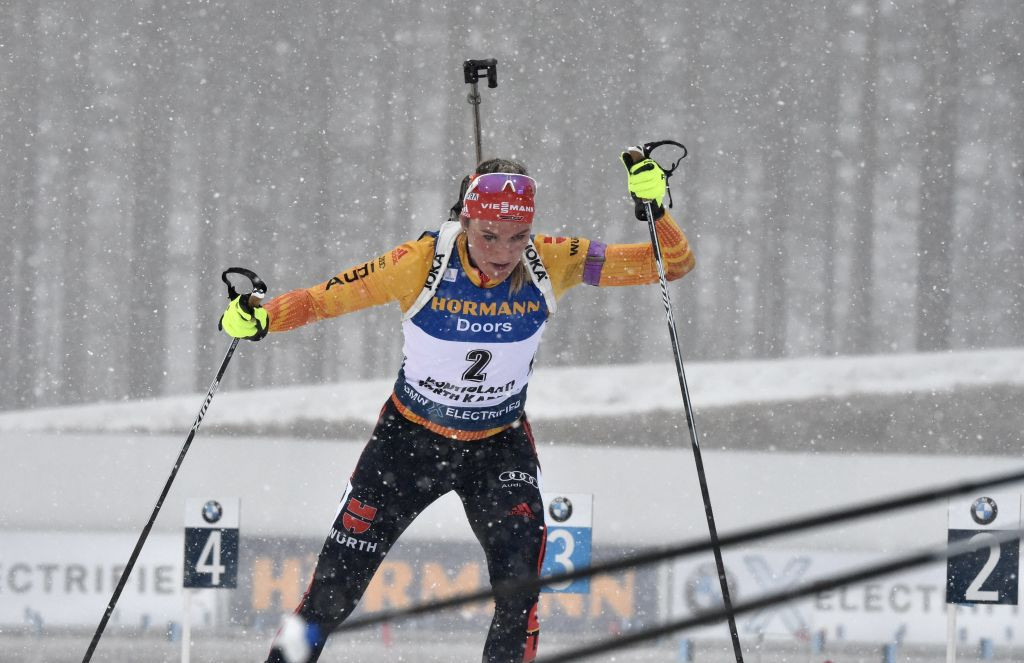 Germany's Denise Herrmann moved up to third on the overall women's standings with one race of the season remaining after winning the women's sprint at the International Biathlon Union World Cup in Kontiolahti.

Herrmann led a German one-two as she completed the 7.5 kilometres course in 20min 00.5sec at the event in the Finnish resort, the last of the campaign after the IBU cancelled the final competition in Oslo because of the coronavirus pandemic.

Victory for Herrmann, the 2019 world pursuit champion, saw her leapfrog Hanna Öberg of Sweden into third in the battle for the overall title.

After the #KON20 women sprint Dorothea Wierer's lead has been cut by Tiril Eckhoff. The overall title will go down to the last race again! Remember you can see all the action again on https://t.co/MSJYx30KUx pic.twitter.com/djWTWk9q4e

The IBU also confirmed tomorrow's men's and women's pursuits will be the last races of the season after it cancelled relays scheduled for Sunday (March 15).

Both overall titles will be at stake during the pursuits.

Action at the competition in Kontiolahti is taking place behind closed doors after Finland's Government banned events with more than 500 participants in a bid to combat the spread of the COVID-19 virus.

It is the second consecutive IBU World Cup to be staged without fans after last weekend's event in Nové Město na Moravě was also closed to the public.