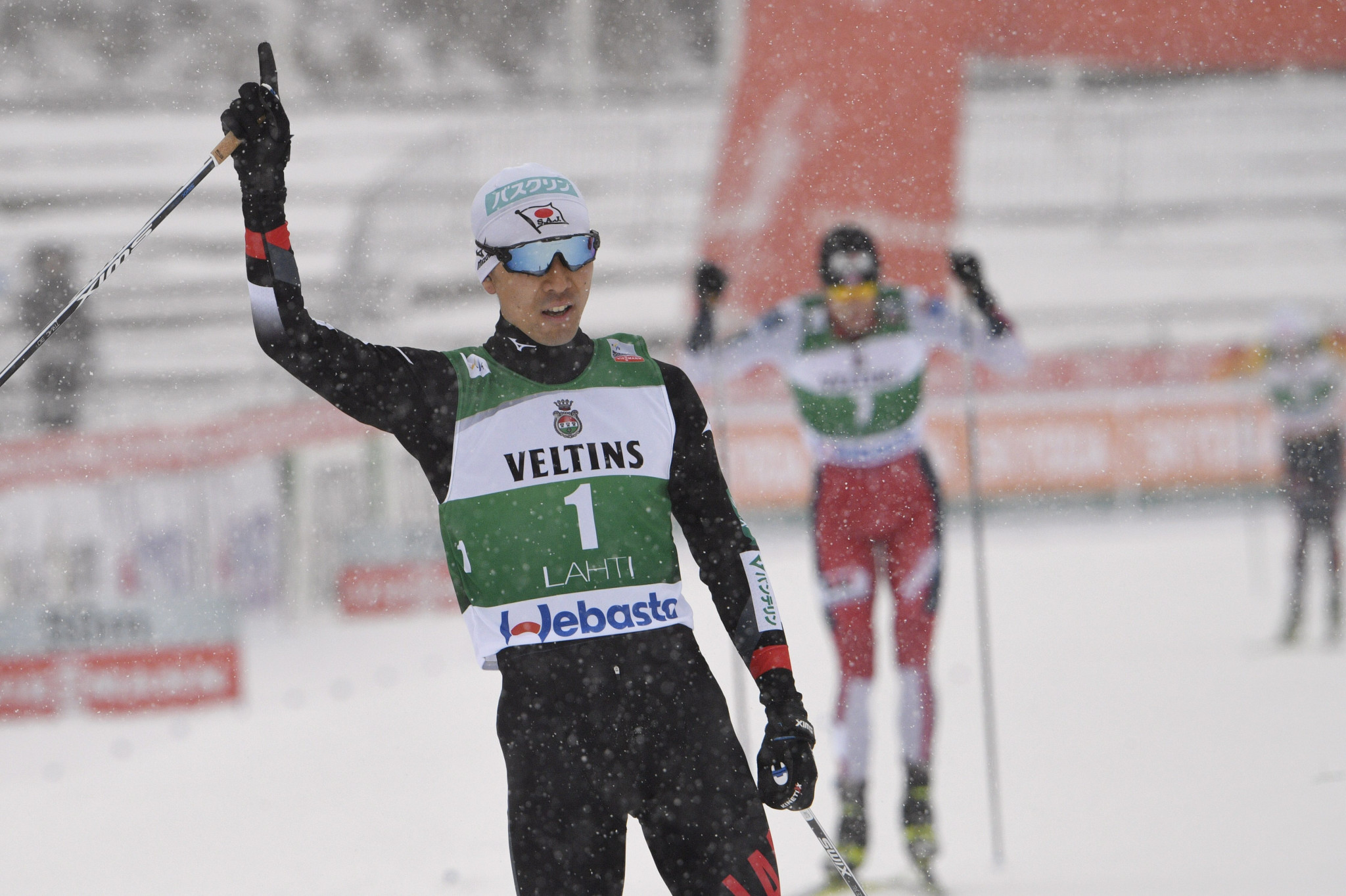 But there was disappointment for Norway's Jarl Magnus Riiber - confirmed as this season’s overall Nordic Combined World Cup champion a week earlier having earned his 13th win in 15 races.

Riiber, who had won the provisional competition round on Friday, could only manage 10th place and – notwithstanding his gold in yesterday’s team event – has still to reach the podium in this Finnish venue.

The wind contributed to a difficult jumping round earlier in the morning, but Watabe adapted best, winning the first element with 120 points after a jump of 127m.

Jens Luraas Oftebro of Norway and Austria’s Martin Fritz took second and third place going into the afternoon’s cross-country with respective totals of 117.8 and 109.1 points.

Riiber’s aggressive style did not sit well in the conditions and he finished 16th with 95.0 points after an effort of 115.5m, which meant he started the cross-country 1min 40sec later than Watabe.

Watabe and Oftebro worked together to keep the chasing pack at bay for 8.6 of the 10km, and the leader stayed the course to cross in 25min 41.1sec and claim his first World Cup win of the season.

The Japanese athlete held a 2.9sec advantage over Joergen Graabak of Norway, who claimed his seventh runner-up placing of the season, with Germany’s Vinzenz Geiger taking third place, at +7.9, ahead of Oftebro, who finished at +12.7sec.