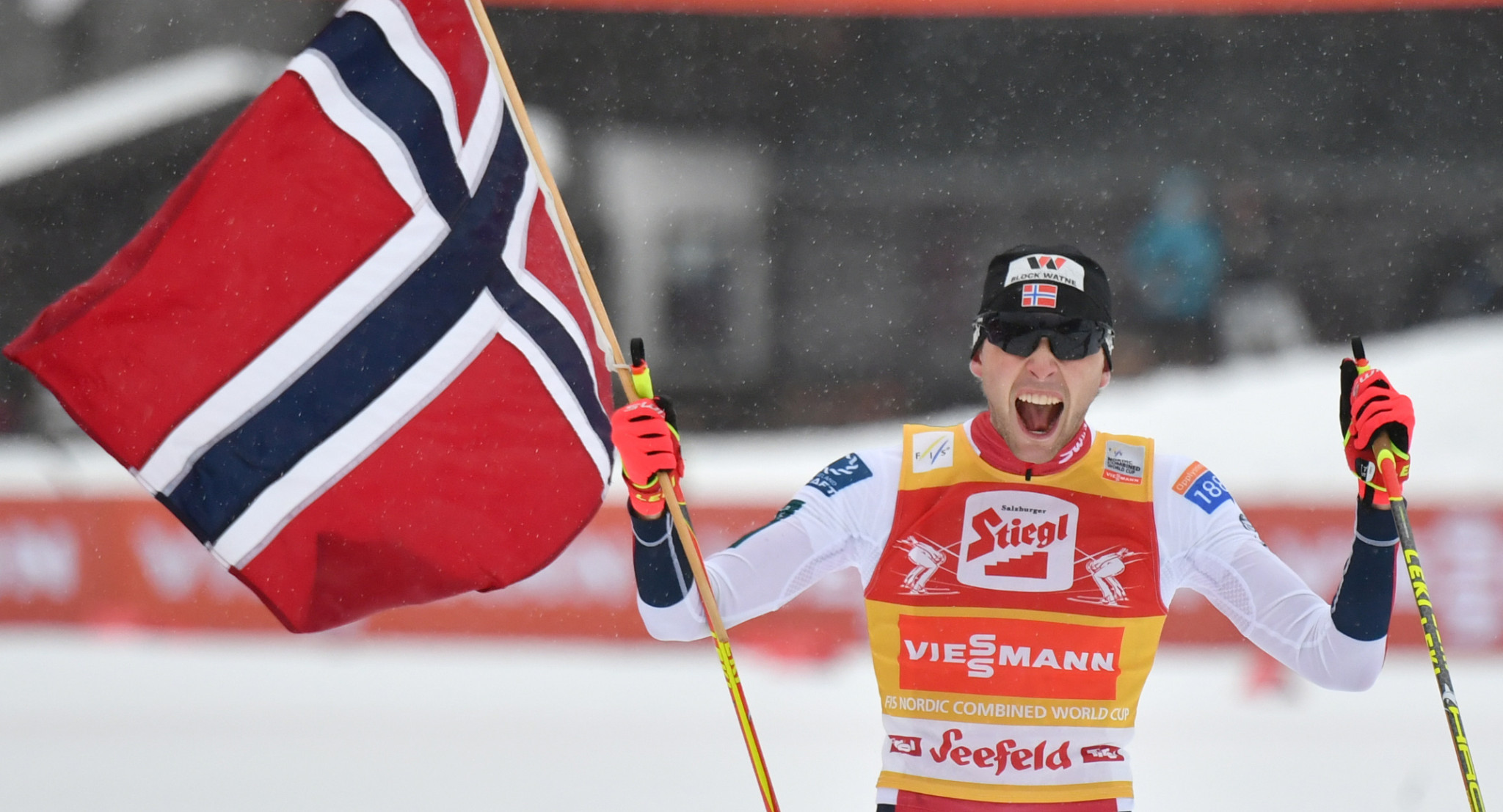 Riiber’s triumph in Trondheim yesterday put him one win away from winning the overall World Cup for the second consecutive year.

The outcome has appeared inevitable throughout the season, with the Norwegian’s dominance further highlighted by topping today’s ski jumping standings on 138.1 points.

It gave Riiber a 25 second cushion over second placed Martin Fritz of Austria heading into the 10-kilometre cross-country event.

Riiber remained clear of the field in the cross-country, with his rivals resigned to chasing the World Cup leader again.

The Norwegian star crossed the line in a winning time of 24min 12.8sec to clinch the World Cup title.

Jens Luraas Oftebro finished 29.4 seconds behind the winner to end as the runner-up.

An all-Norwegian podium was rounded off by Espen Bjørnstad, who was a further six seconds off the pace.

The latest triumph saw Riiber move to an unassailable total of 1,460 points in the World Cup.

The Trondheim competitions rounded off the third stage of the season.

The final part of the season will feature five races, beginning with a large hill and 10km cross-country race in Lahti on March 1.