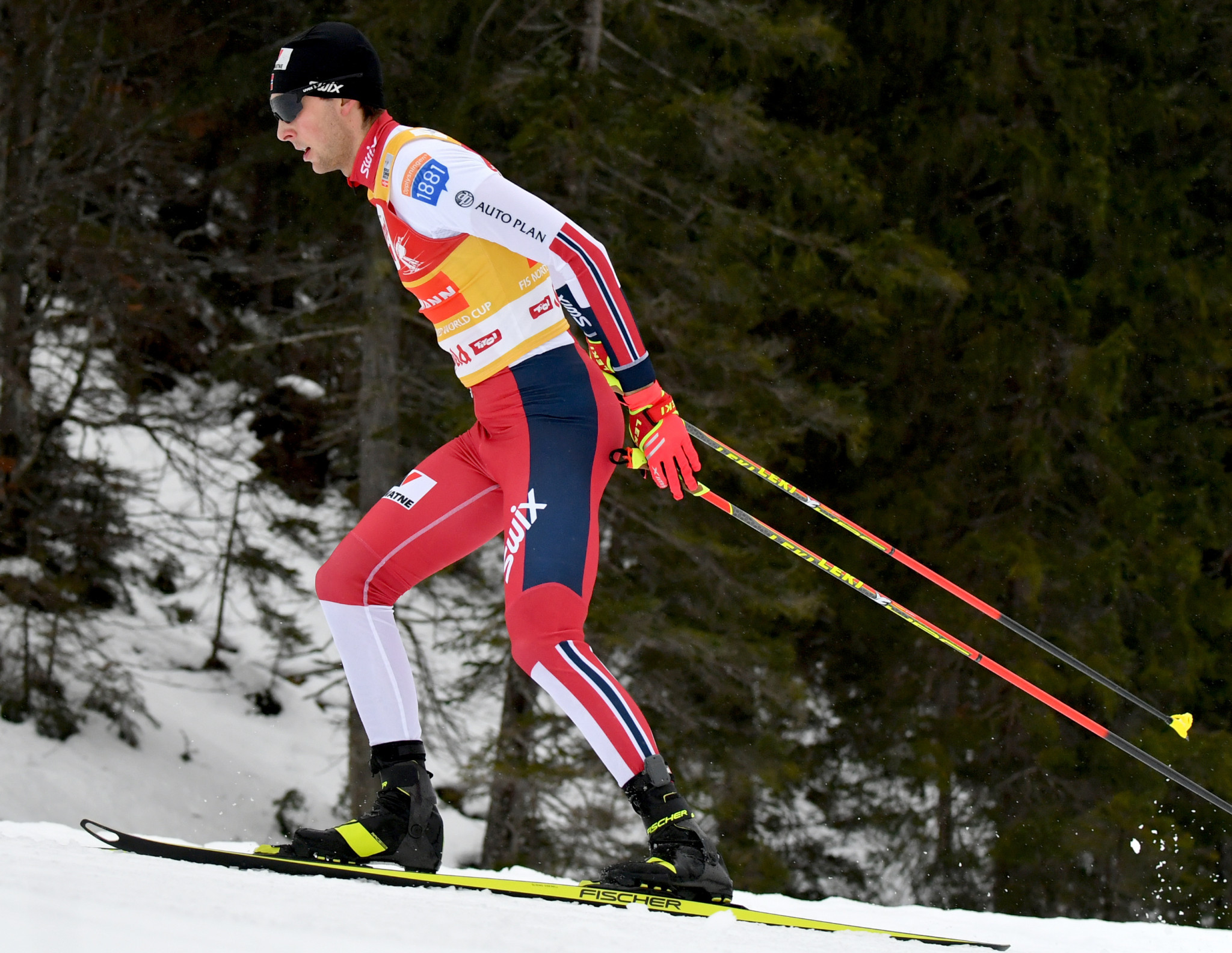 The World Cup leader enjoyed a comfortably advantage over his rivals after topping the ski jumping standings, finishing on 137 points.

Riiber’s effort gave him a 31-second lead over his older brother Harald Johnas Riiber, who achieved the second-best jump.

Riiber crossed the line in a winning time of 25min 8.9sec.

Jørgen Graabak completed a Norwegian one-two after finishing 59.3 seconds behind the winner.

The podium places were completed by Finland’s Ilkka Herola, who ended in an overall time of 26:11.3.

Riiber’s latest victory moved him to a total of 1,360 points in the overall World Cup standings, with Graabak second on 931.

Competition will continue tomorrow in Trondheim, which will round off the third section of the World Cup season.

The final part of the season will feature five races, beginning with a large hill and 10km cross-country race in Lahti on March 1.