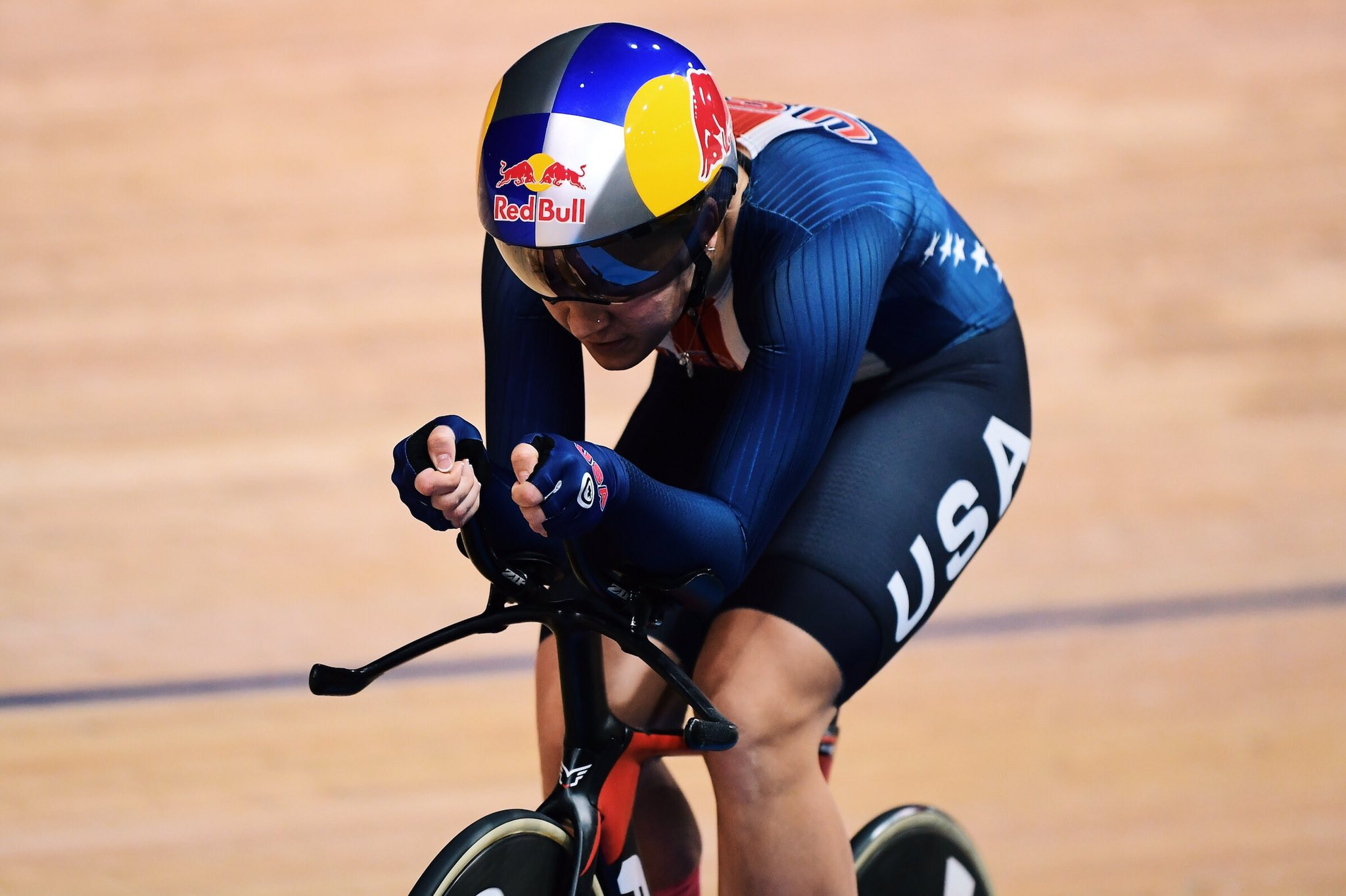 Chloe Dygert of the United States broke the world record twice in one day on her way to gold in the women's individual pursuit on day four of the World Track Cycling Championships.

Dygert clocked 3min 16.937sec on her way to victory in the discipline, eclipsing the previous world record which she set in qualification earlier in the day - 3:17.283.

The first final on the penultimate day of action at the Berlin Velodrome was the women's 500m time trial, won by Lea Sophie Friedrich of Germany in 33.121sec.

It was Friedrich's second world title of the Championships as earlier in the week she was part of the German line-up that won the women's team sprint.

What a championship it's been for Lea Sophie Friedrich! ??#Berlin2020 pic.twitter.com/c9VVkNr187

The longest race of the women's programme was also decided today - the madison.

Raced over a 30km distance, equivalent to 120 laps of the track, teams of two riders per country aimed to claim as many points as possible across 12 sprints which took place at 10 lap intervals.

Although the Dutch team only crossed the finish line in third place, they scored points on 11 out of 12 sprints, winning through the consistent nature of their performance on the crucial laps.

They comfortably finished ahead of the silver medallists from France Clara Copponi and Marie le Net who had 24 points, and the bronze medallists from Italy Letizia Paternoster and Elisa Balsamo who scored 20 points.

There was only one men's event decided in Berlin in the form of the omnium, contested over four disciplines - the scratch race, tempo race, elimination race and points race - all of which took place on one day.

Gold went to France's Benjamin Thomas, who scored 148 points, after wins in both the scratch and points races.