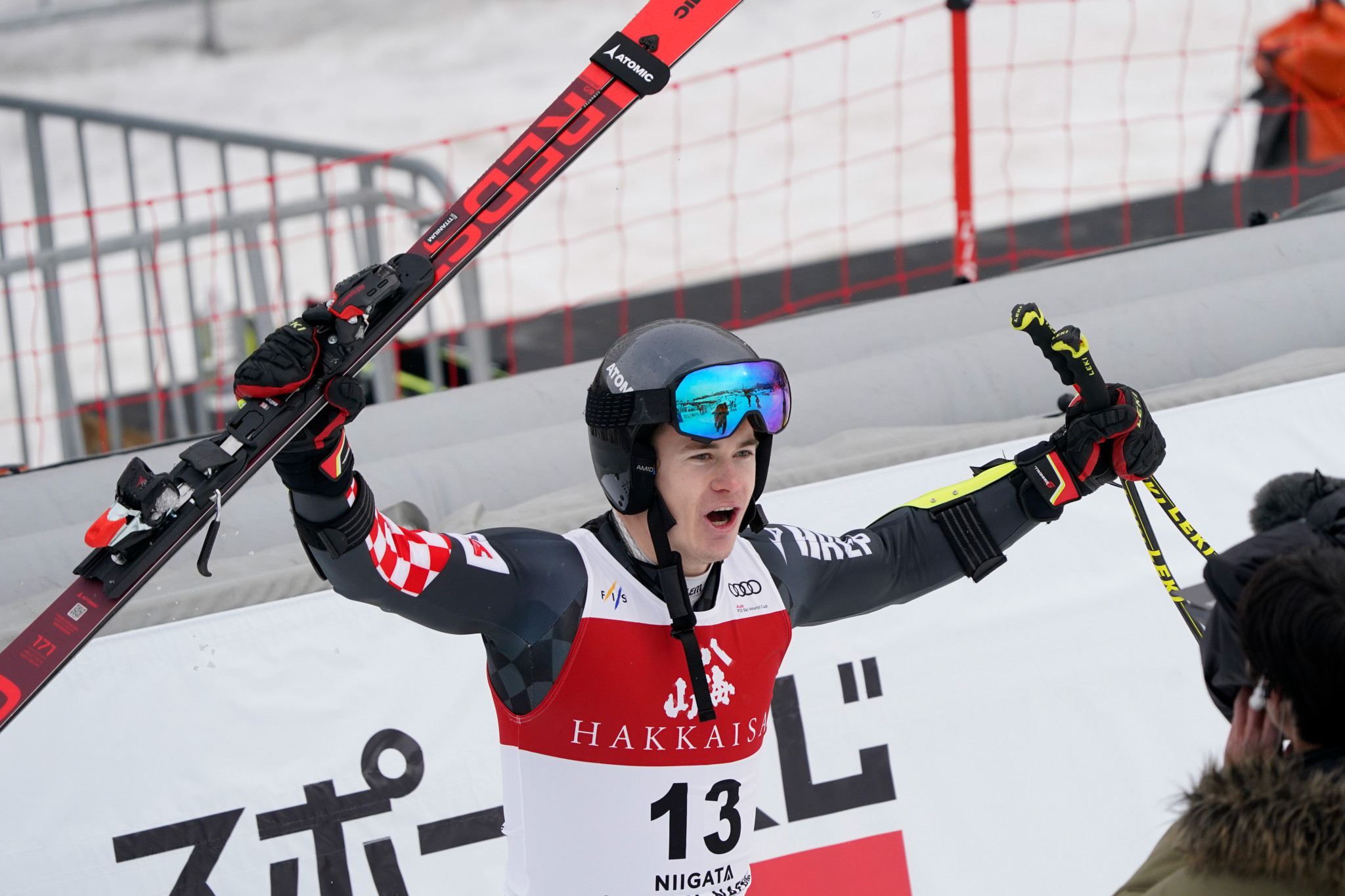 Zubčić had appeared out of contention at the Japanese venue after lying 12th after the opening run of competition.

He headed into the second run 1.58 seconds adrift of the reigning world champion Henrik Kristoffersen.

A blistering time of 1min 19.04sec put Zubčić top of the standings, with the Croatian ending on an overall total of 2:37.25.

The time would prove enough to secure the World Cup victory, with Switzerland’s Marco Odermatt settling for second place at 0.74 down.

The United States’ Tommy Ford completed the podium places in 2:38.32.

Zubčić has enjoyed a strong month after claiming his first World Cup podium at Adelboden in January, before placing fourth in Garmisch-Partenkirchen.

"I am very proud to be the first Croatian man to win a World Cup giant slalom race,” Zubčić said.

“I was always hoping to win a World Cup race and I knew it could come this season as I have been skiing really fast lately.

“This victory is for my family and my team, who have been supporting me for the last 21 years.”

Kristoffersen will view the event as a missed opportunity as he seeks to close the gap to Kilde in the overall World Cup standings.

He will have a second chance to claim victory tomorrow when the slalom competition is held in Niigata Yuzawa Naeba.