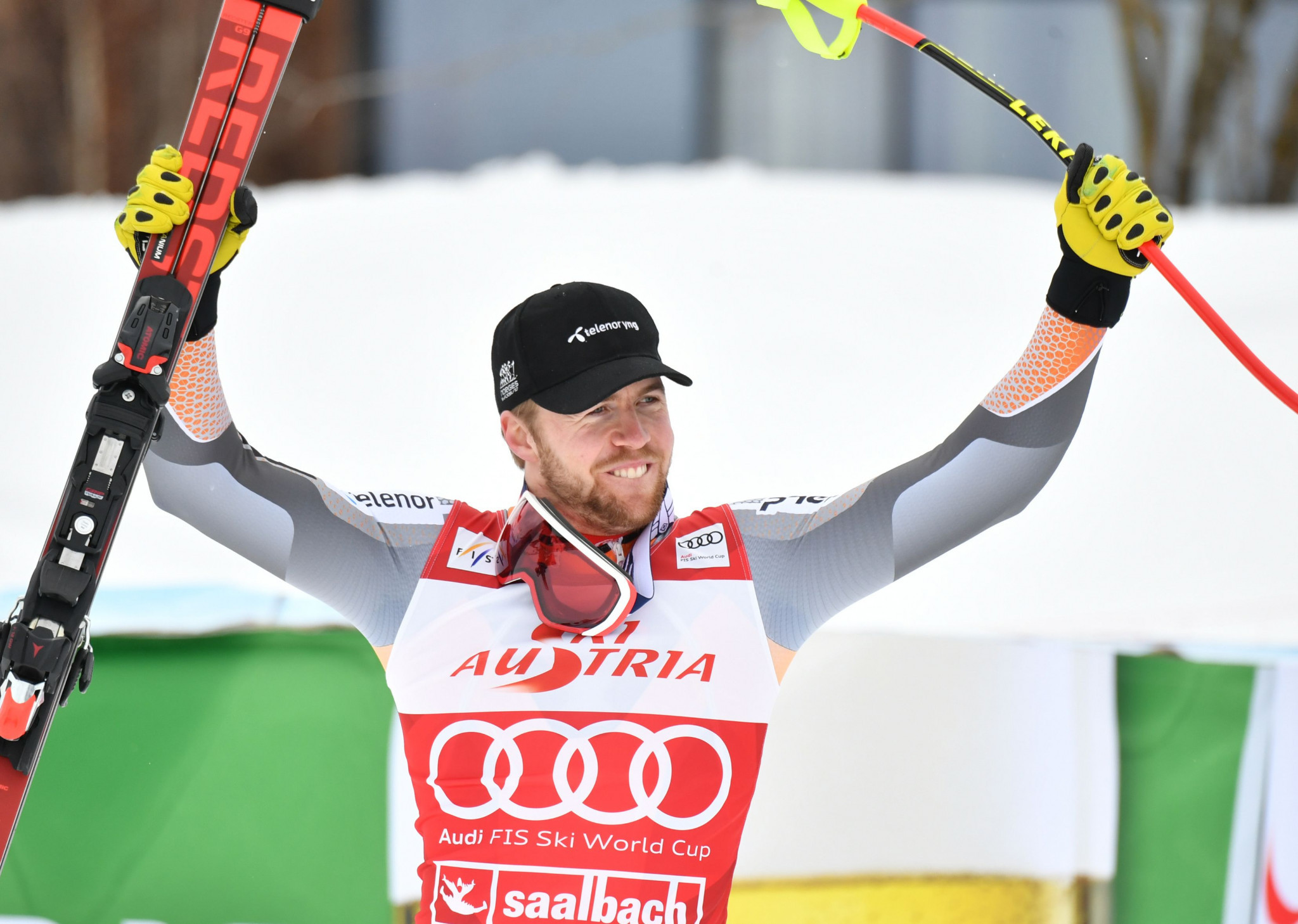 It came after the skiers had had to wait for around two hours for wind gusts to calm down before racing got underway at 1pm local time.

He sits on 982 points, with Kristoffersen second on 903 and Pinturault third on 882.

"It's a really good feeling for me," Kilde, whose only previous super-G World Cup victory came in Hinterstoder in Austria in February 2016, said.

"I wanted to win today.

"Pinturault and Henrik are very consistent in the technical events, so I have to step it up in the speed events."

It was just a matter of time! First victory of the season for @AleksanderKilde in @saalbach Super G! Fantastic weekend for #MauroCaviezel in second (+0.15) and #ThomasDressen in third (+0.31). #fisalpine #saalbach pic.twitter.com/53YuOzgG6U

Switzerland's Mauro Caviezel finished in the runners-up spot today, 0.15 seconds behind Kilde, and sealed another podium after a third-place finish in yesterday's downhill event.

Caviezel is second with 285 points, while Norway's Kjetil Jansrud, the ninth-place finisher today, is third with 265.

The FIS Alpine Ski World Cup tour for men is due to resume in Niigata Yuzawa Naeba in Japan on February 22 and 23.

Giant slalom and slalom events are scheduled to take place.