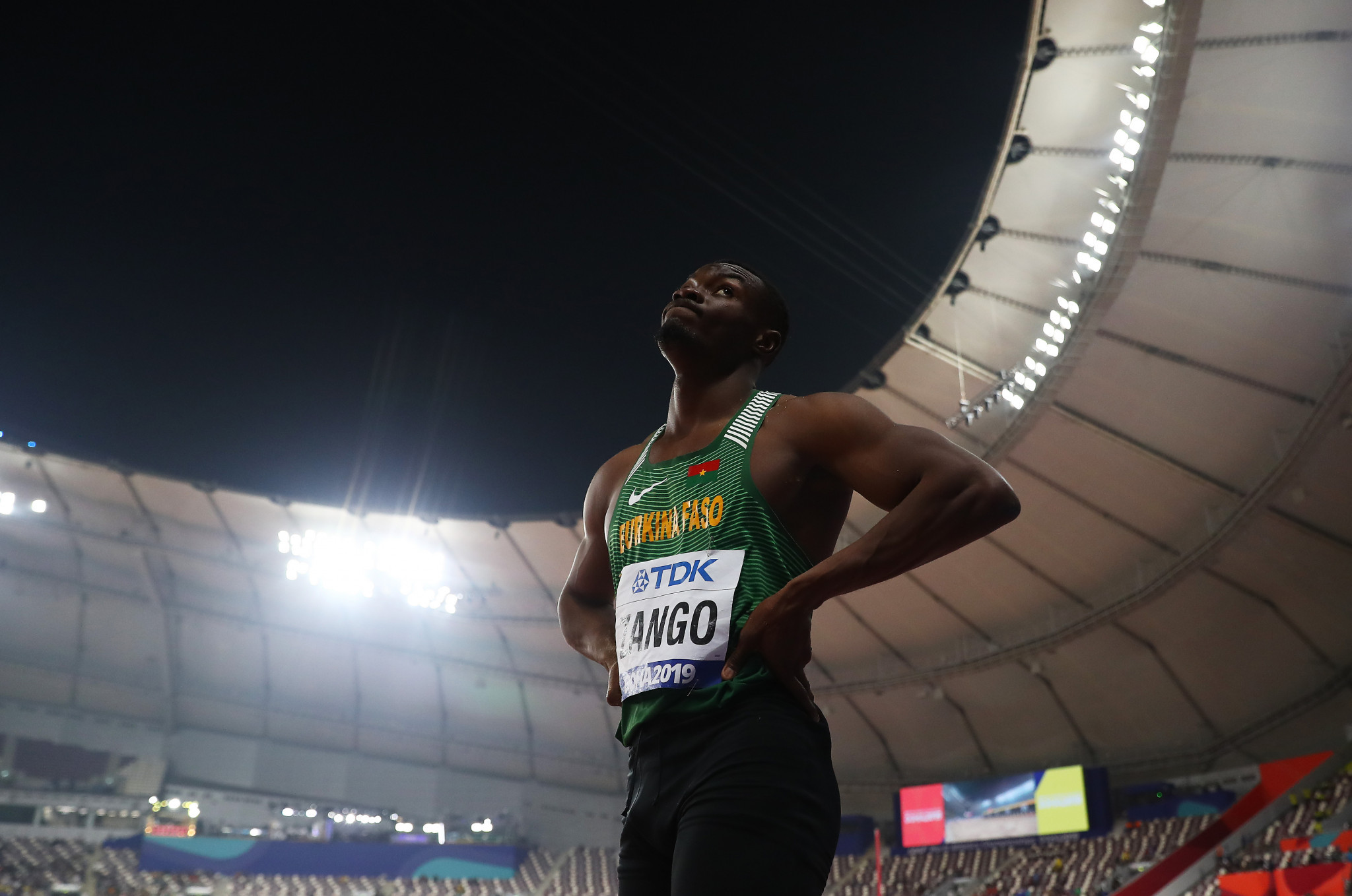 Both world indoor triple jump records are under threat heading into the final stop of the World Athletics Indoor Tour season in Madrid.

The Frenchman has been the world record holder since jumping 17.92 metres twice in Paris in 2011, but Zango moved fourth on the all-time list in the same city earlier this month by recording an African record of 17.77m.

Zango also won at the latest World Indoor Tour leg in Liévin yesterday, jumping 17.51m for gold but also fouling when close to the 18m mark.

He faces an intriguing battle at Polideportivo Municipal Gallur in the Spanish capital as he is level in the overall standings with Spain's home jumper Pablo Torrijos.

In the women's triple jump, outdoor and indoor world champion Yulimar Rojas of Venezuela has her eyes on the world record of 15.36m which has been held since 2004 by Russia's Tatyana Lebedeva.

She became just the eighth woman to jump over 15m indoors when she set a South American indoor record of 15.03m in Metz this month.

Her main rival will be her Spanish training partner Ana Peleteiro, the European indoor champion.

There will be no further pole vault heroics from Armand Duplantis in Madrid as the Swede, who has broken the world record twice so far at this year's Indoor Tour, is not competing.

Duplantis failed in his ambition of setting a third consecutive world record in the space of 12 days yesterday after previously clearing 6.17m and 6.18m in Torun and Glasgow respectively.

He has already done enough to win the seasonal title and his absence will leave the way clear for the likes of Greece's 2014 world indoor champion Konstantinos Filippidis.

Another Ethiopian, Gudaf Tsegay, has twice gone close to breaking the four-minute barrier in the women's 1,500m and will line-up in Madrid, while Poland's Adam Kszczot will look to retain his lead in the men's 800m standings after falling in France yesterday.

American Ronnie Baker is unbeaten this season in the men's 60m while in the women's 400m, Poland's European champion Justyna Swiety-Erseti needs a top-two finish to win the seasonal title.

Kuwait's Youssef Karam has the fastest season's best in the men's 400m field, while the Czech Republic's Tomas Stanek and Croatia's Filip Mihaljevi are tied at the top in the men's shot put.