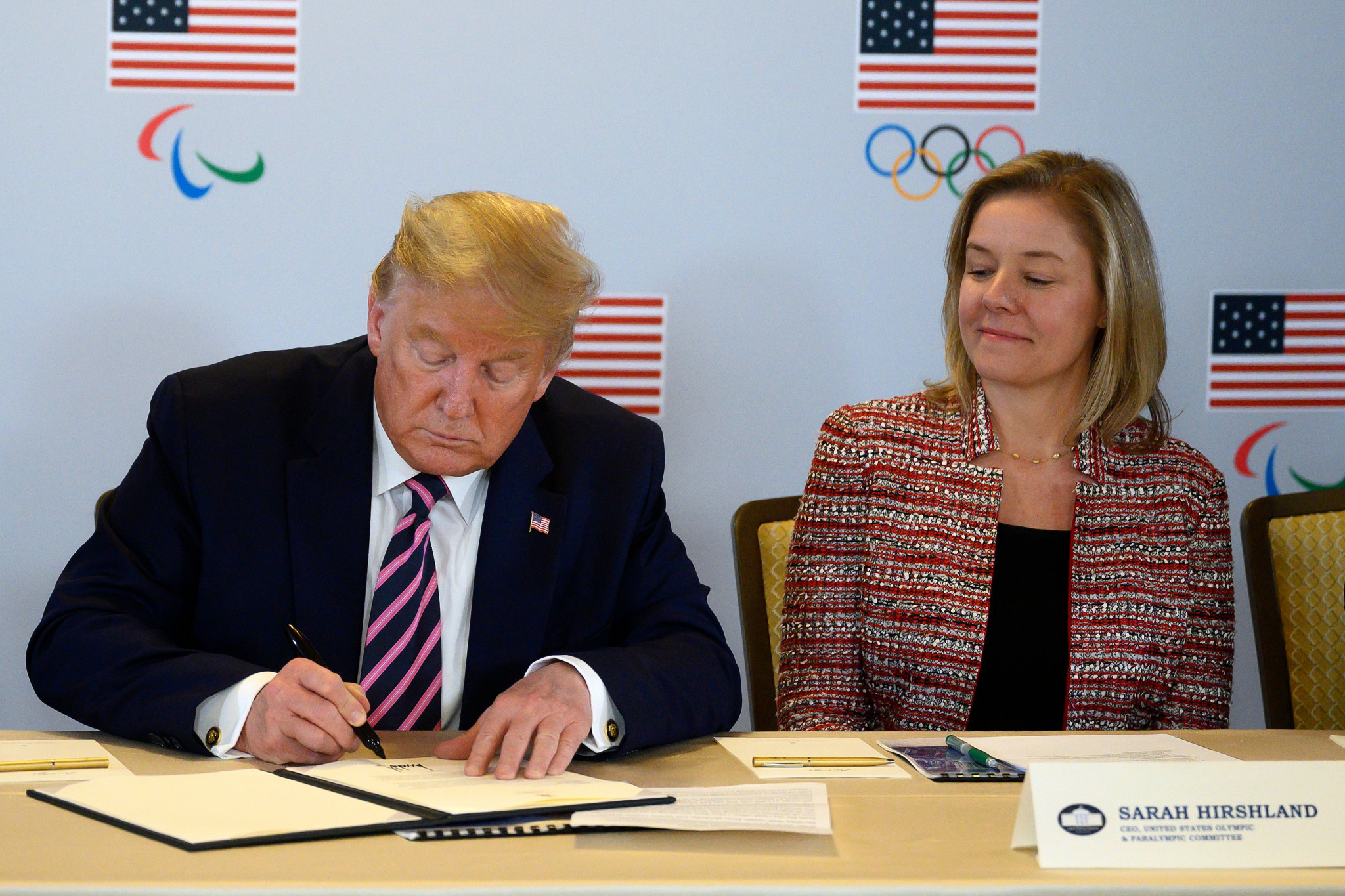 Donald Trump has promised that the United States Government will provide "tremendous support" to the Los Angeles 2028 Summer Olympics and Paralympics.

The American President confirmed that assistance would be given in key areas including security.

Trump was briefed by organisers during a trip to Los Angeles and described the Games as a "big deal".

An agreement was signed at the Montage Beverly Hills, with the Government also pledging to help with transportation, communications and environmental contributions.

However, the US Government was still expected to contribute several million dollars which has now been agreed.

The Games have been designated as a "National Special Security Event" which prompts political involvement.

"We're going to give them tremendous support," Trump said.

"You need the support of the Federal Government to make it really work."

A formal commitment to the Games by the Federal Government is a requirement of the International Olympic Committee (IOC).

The White House had previously promised to back the Olympics when Los Angeles was bidding for 2024, but had not yet officially agreed to support them now the Californian city is hosting in 2028.

It followed a unique deal confirmed at the IOC Session in Lima in September 2017 that saw Paris awarded the 2024 Olympic Games and Los Angeles the 2028 edition.

Organising Committee chairman Casey Wasserman was among those to meet with Trump, alongside the chief executive of the United States Olympic and Paralympic Committee Sarah Hirshland.

"Our goal is to create a safe, successful and secure Olympic Games," Wasserman said, according to the Los Angeles Times.

"For the third time in history, the City of Los Angeles—the City of Angels—will once again raise up the Olympic torch." pic.twitter.com/cOk9diCdfJ

"And that's not possible without the support you and the Federal Government have provided us."

Trump is hoping to win a second four years in office in November's elections.

This would see him reach his term limit, meaning he would not be in power when Los Angeles plays host.

"It is a great pleasure to meet with the leaders of the Los Angeles 2028 Olympic Committee," he said.

"They have done a fantastic job in bringing the Olympics here.

"They called me when I was President elect, that was quite a call.

"They asked me if I could get involved because the other administration refused to call the Olympic Committee, which is the people who make the decision.

"It was a little hard for them to make the decision.

"I did make the call, and it was a very long call, they were starving for love and we gave them the love.

"Casey, you and everybody else have done a fantastic job, we got the Olympics to come to Los Angeles.

"It was a big moment.

"Because of your hard work and dedication the United States will once again proudly host the Olympic Games, how exciting is that?

"From the day I took office I've done everything in my power to make sure LA achieved the winning bid."