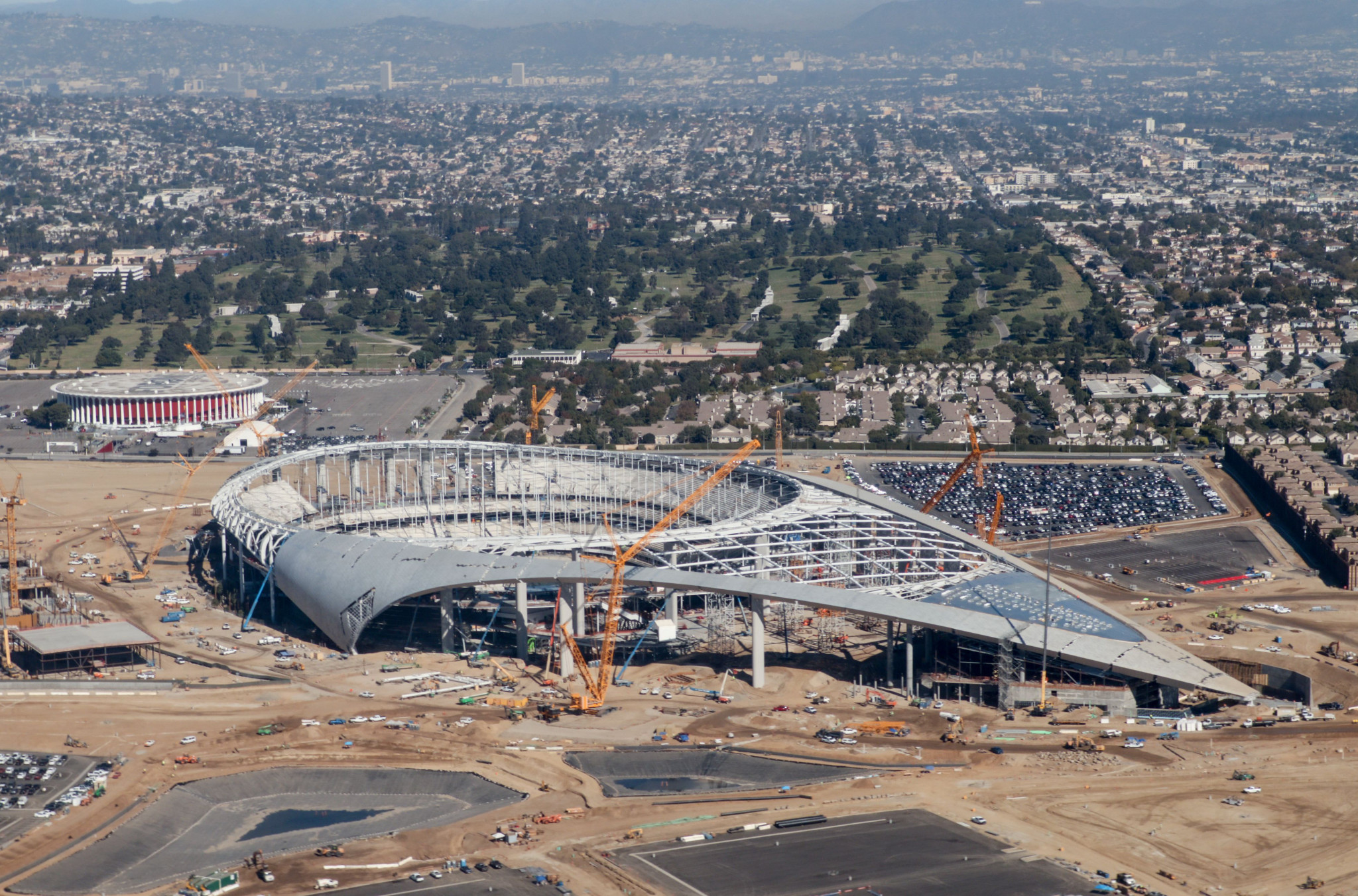 The under-construction SoFi Stadium in Los Angeles has been rated at 85 per cent complete.

Fox Business reported that the venue, earmarked to host the Opening and Closing Ceremonies of the 2028 Olympic Games, is on track for its planned launch in July.

As well as the Ceremonies, football is also tipped to take place at the 70,000-seat stadium during Los Angeles 2028.

Archery could be held outside the complex.

The venue is due to become home to National Football League (NFL) teams Los Angeles Rams and Los Angeles Chargers, and comes in at a cost of $5 billion (£3.8 billion/€4.5 billion).

This will all be funded privately by the Rams, with the Chargers playing there as tenants.

Once finished the Stadium will be the first "indoor-outdoor" location in the NFL, due to the plastic roof design which has openings at the sides.

Other features include a "record-size" scoreboard called the "oculus".

A huge 300-acre development will surround the Stadium, located at the site of the former Hollywood Park Racetrack in Inglewood.

This will include a 6,000-seat performance venue and 1.5 million square feet of office space.

Residential and retail areas are also part of the plans, along with a hotel.

Finance company SoFi acquired the naming rights to the Stadium in September, in a 20-year deal said to be worth $30 million (£23 million/€27 million) annually.

The "Champions Plaza" area between the stadium and performance venue has been named after American Airlines as part of another sponsorship agreement.

Los Angeles has not hosted the match since 1993.

"It's not just a 70,000-seat stadium - there's so much more," said SoFi Stadium managing director Jason Gannon to FOX Business.

"The thing that is really unique about this project is the 300 acres."

Rams chief operating officer Kevin Demoff added: "Bringing the Super Bowl back here, the greatest event that the NFL has back to Los Angeles for the first time in 30 years, really cements what an impact this will have on the city.

"It will be the largest sports tourism event since the 1984 Olympics."

Pop star Taylor Swift is due to open the stadium with a concert on July 25.

She will become the first woman to open an NFL venue.

Pre-season games for both the Rams and Chargers are also due this summer.

Los Angeles was given the 2028 Games as part of a "double award" which saw Paris granted the hosting rights in 2024.

When bidding for 2024, officials in California had planned for the Ceremonies to be held at two different venues - the new Stadium and LA Memorial Coliseum.