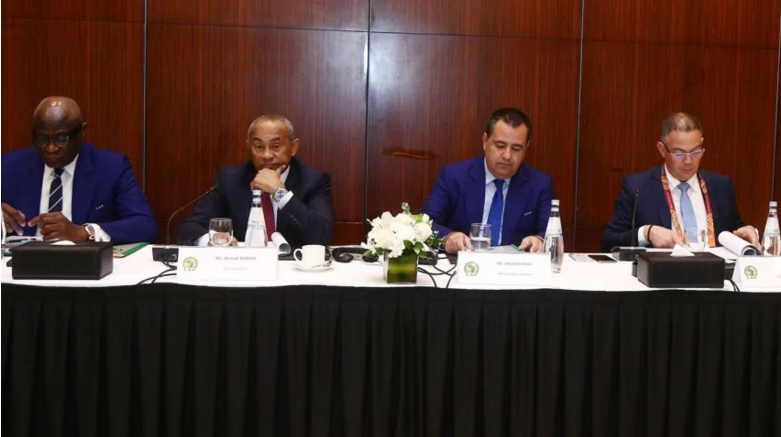 The Confederation of African Football (CAF) has said the findings of an independent audit that concluded it was unreliable and not trustworthy are "unfounded".

A review of the troubled organisation was made by PricewaterhouseCoopers (PwC), with their findings seen by Reuters last week.

According to the news agency, a "series of concerns" are listed over 55 pages.

The report claims that many transactions were made with cash, which would not leave an audit trail.

BBC Sport has reported that a 2017 deal with little-known gym equipment maker Tactical Steel is of particular interest, as it is allegedly worth four times as much as an arrangement cancelled with sportswear giant Puma.

An associate of CAF President Ahmad, who has denied wrongdoing, has alleged links to Tactical Steel.

Payments between CAF and French media company Lagardère, and the distribution of money from the FIFA Forward project, have also been highlighted.

The possible mismanagement of the CAF Centre of Excellence in Cameroon is another issue, BBC Sport said.

But following a recent Executive Committee meeting in Qatar’s capital Doha, CAF released a statement addressing the audit and what it claims are "unfounded allegations contained in the report".

It said officials from PwC were invited to the meeting but had "failed to make it."

CAF said the funeral payments were "acts of solidarity in support of families of individuals who have served African football".

It specifically named the family of the late senior Kenyan football official Hussein Swaleh, who died in the Ethiopian Airlines plane crash in March 2019.

CAF said the use of FIFA Forward funds is "strictly governed by procedures set by FIFA".

The Tactical Steel deal was also addressed, though CAF said only that "the procedures are before various jurisdictions" and that it is "ready to provide the relevant justification for the matter as previously authorised by the CAF Executive Committee".

FIFA effectively took over control of CAF in July following a series of allegations levelled at Ahmad, who is from Madagascar and goes by one name.

Ahmad was arrested over corruption charges in Paris in June and has also been accused of sexual harassment.

He has been subject to an investigation by FIFA's Ethics Committee but has not faced suspension.

When announcing that FIFA's work had been completed earlier this month following a meeting in Morocco's capital Rabat, Samoura said "three pillars" had been focused on.

These were "good governance, financial management and internal procedures", "efficient and professional organisation of competitions", and "growth and development of African football".

A 100-point action plan on good governance would be implemented, FIFA said, while a $1 billion (£769 million/€923 million) infrastructure fund to invest in all 54 African member associations was called for.

Other recommendations included the creation of a group of professional referees and seeking new initiatives in international, club, women's and youth football.

Bah said he has resigned for personal reasons, while Saleh cited family reasons.