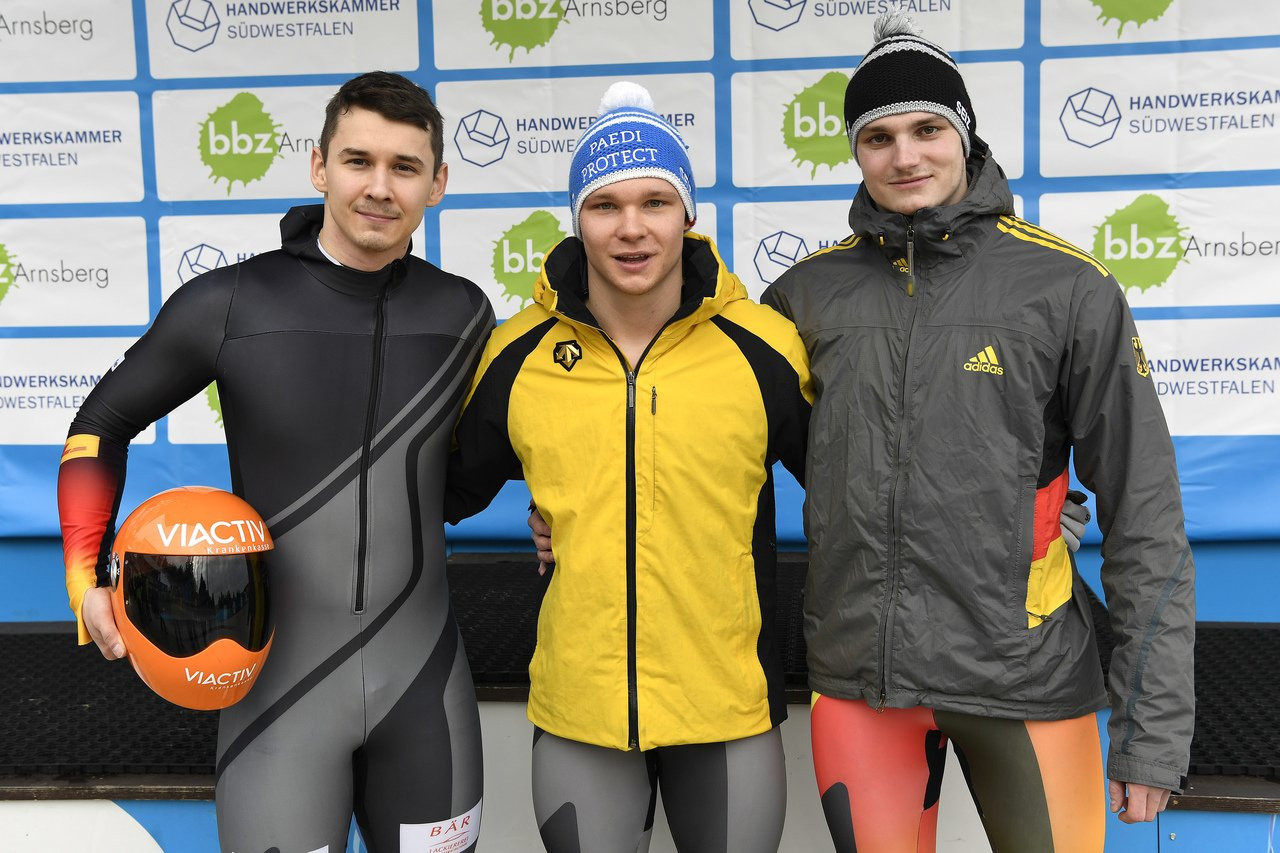 He beat Felix Seibel, the junior European champion and overall winner in the IBSF Europe Cup, who finished in 1:52.78.

It was an all-German podium after Fabian Kuechler finished third in 1:53.02.

There was more success for Germany in the bobsleigh events, with Kim Kalicki and Kira Lipperheide triumphing in the two-woman competition.

They finished in 1:53.99, just in front of Russian silver medallists Lubov Chernykh and Elena Mamedova in 1:54.24.

Ying Qing and Du Jiani of China were the bronze medallists with a time of 1:54.31.

Another German gold medal came in the two-man bobsleigh, claimed by Richard Oelsner and Malte Schwenzfeier in 1:51.21.

Rostislav Gaitiukevich and Mikhail Mordasov of Russia were second in 1:51.32, followed by Germans Maximilian Illmann and Eric Strauss in 1:51.58.

Competition concludes tomorrow with the women's skeleton and four-man bobsleigh.