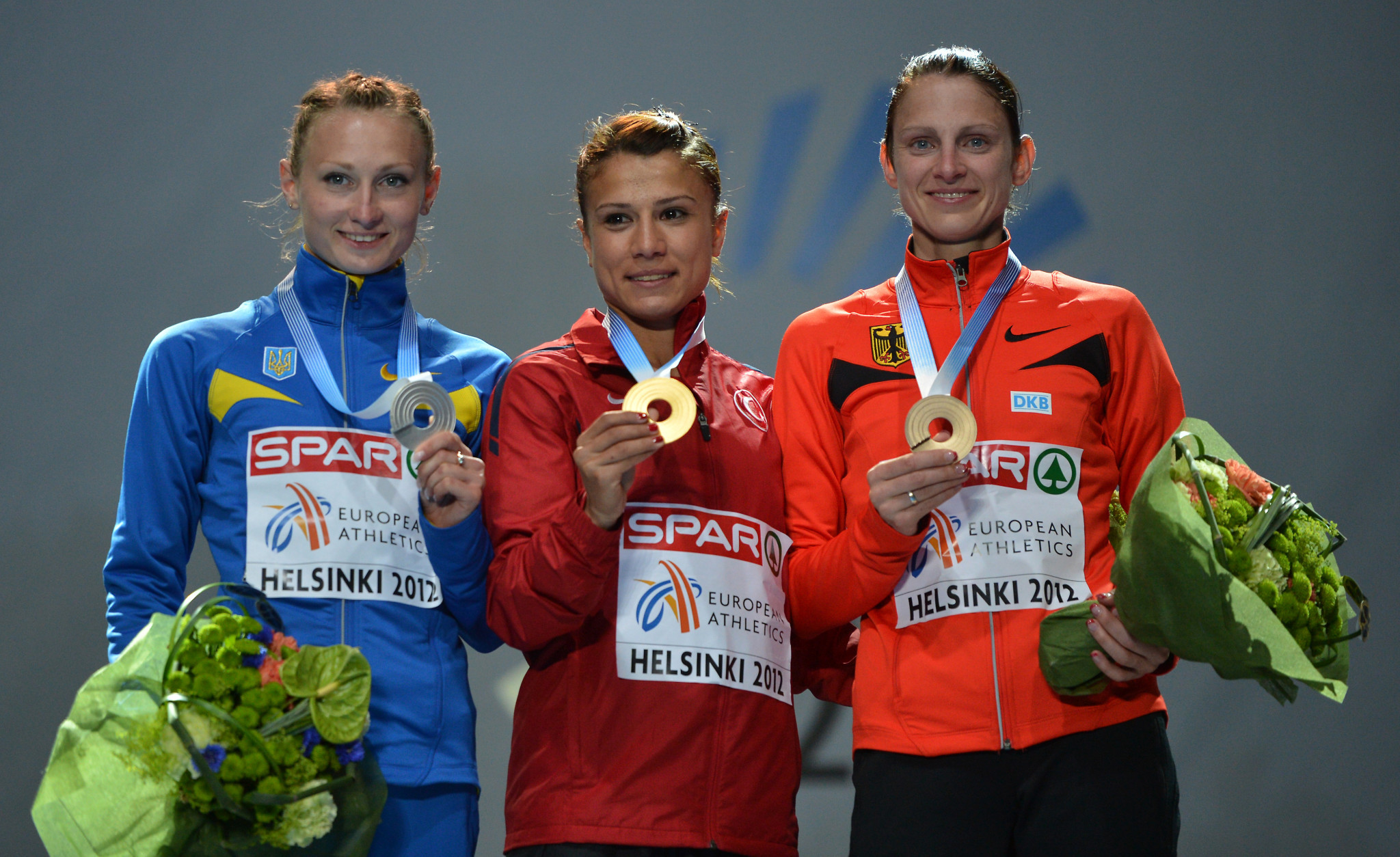 Mıngır, who just a month earlier had won the 3000 metres women's steeplechase at the 2012 European Championships, failed to qualify from the heats at the London 2012 Olympics, with her test turning positive as part of retesting.

In that race at the European Championships, Svtilana Schmidt of Ukraine, the original silver medallist, was banned for four years as was Russian Lyubov Kharlamova who had taken bronze at the previous instalment of the Championships.

Mıngır is one of five who have faced doping offences in that race with Turkish team-mate Binnaz Uslu and Spain's Marta Dominguez not finishing in the heats but Dominguez was also stripped of her medal in the 2010 edition, making it back-to-back European steeplechase events where two of the original podium were caught doping.

Turkey lost two of their five medals at London 2012 after the retroactive bans of Aslı Çakır Alptekin and Gamze Bulut who finished first and second in the women's 1500m with Natallia Kareiva of Belarus and Russia's Yekaterina Kostetskaya also being banned in that race.

With the addition of Mıngır and Shala, it brings the total of doping athletes at London 2012 to 126 in all sports.

This includes 82 in athletics, with 11 being from Turkey.

Mingir was part of the infamous Turkish Class of 2012.

She improved from 9:39 to 9:13 in one race in 2012 and mysteriously vanished after winning the World University Games title in 2013. https://t.co/IbdnXQKJWk

Romania's Ancuța Bobocel finished fifth in the 2012 edition and may still lay claim to a bronze if Mıngır's ban includes elimination of results, with original bronze medallist Antje Möldner-Schmidt potentially moving up to gold.

Shala tested positive for Stanozolol, a man-made steroid; and Mıngır tested positive with Dehydrochloromethyltestosterone, an anabolic–androgenic steroid, in her system.