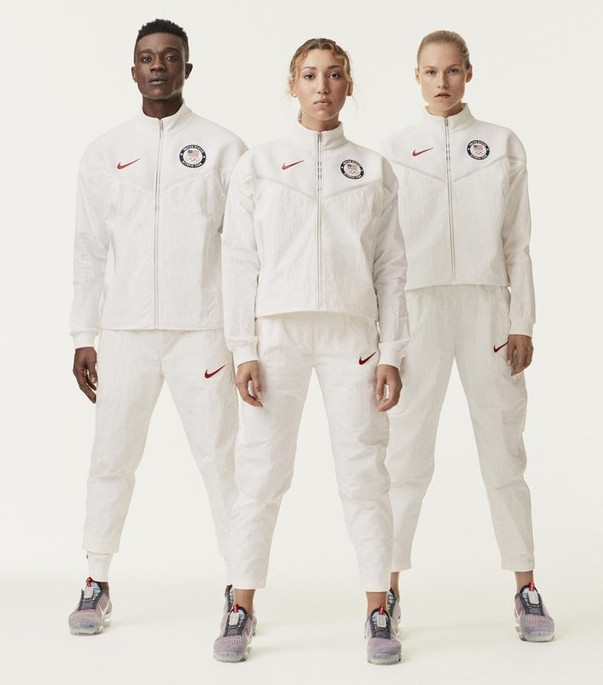 Nike has unveiled its new range of uniforms – made from the latest "cooling" material - and shoes for this year's Olympic and Paralympic Games in Tokyo.

Officials from the American company claim it is the most high-tech and sustainable range produced to date.

The sports manufacturing giant, which has been recently involved in controversy over the technological advantages being built into its VaporFly range of shoes, put on a show at The Shed in New York City during New York Fashion Week of uniforms that will be worn by Nike athletes in track and field, basketball, football and skateboarding at this summer’s Games.

In a presentation led by chief design officer John Hoke, Nike showed off innovations including the Air Zoom Mercurial soccer boot made with 3D-printed materials and running spikes optimised for short-distance sprinting.

To counter the heat and humidity that will be expected at Tokyo 2020 this summer Nike’s has produced a new material it calls Aeroswift, a micro-ribbed version of its popular Dri-Fit technology.

This will enable air to move along the skin and will offer a flilckering appearance when athletes are in motion.

According to Nike the new material "supports the body’s natural cooling system by wicking away sweat and dispersing it evenly throughout the surface of the garment".

The Air Zoom Alphafly Next% running shoe mark the official version of the prototype - now banned from elite competition by World Athletics - in which Eliud Kipchoge ran a marathon in less than two hours last October.

"These are not just platforms that stop at Tokyo, they’re springboards for our company and new technology going forward," said Hoke.

Among the countries that Nike are due to provide uniforms and equipment for at Tokyo 2020 are the United States, Germany, Kenya, Canada and Brazil.