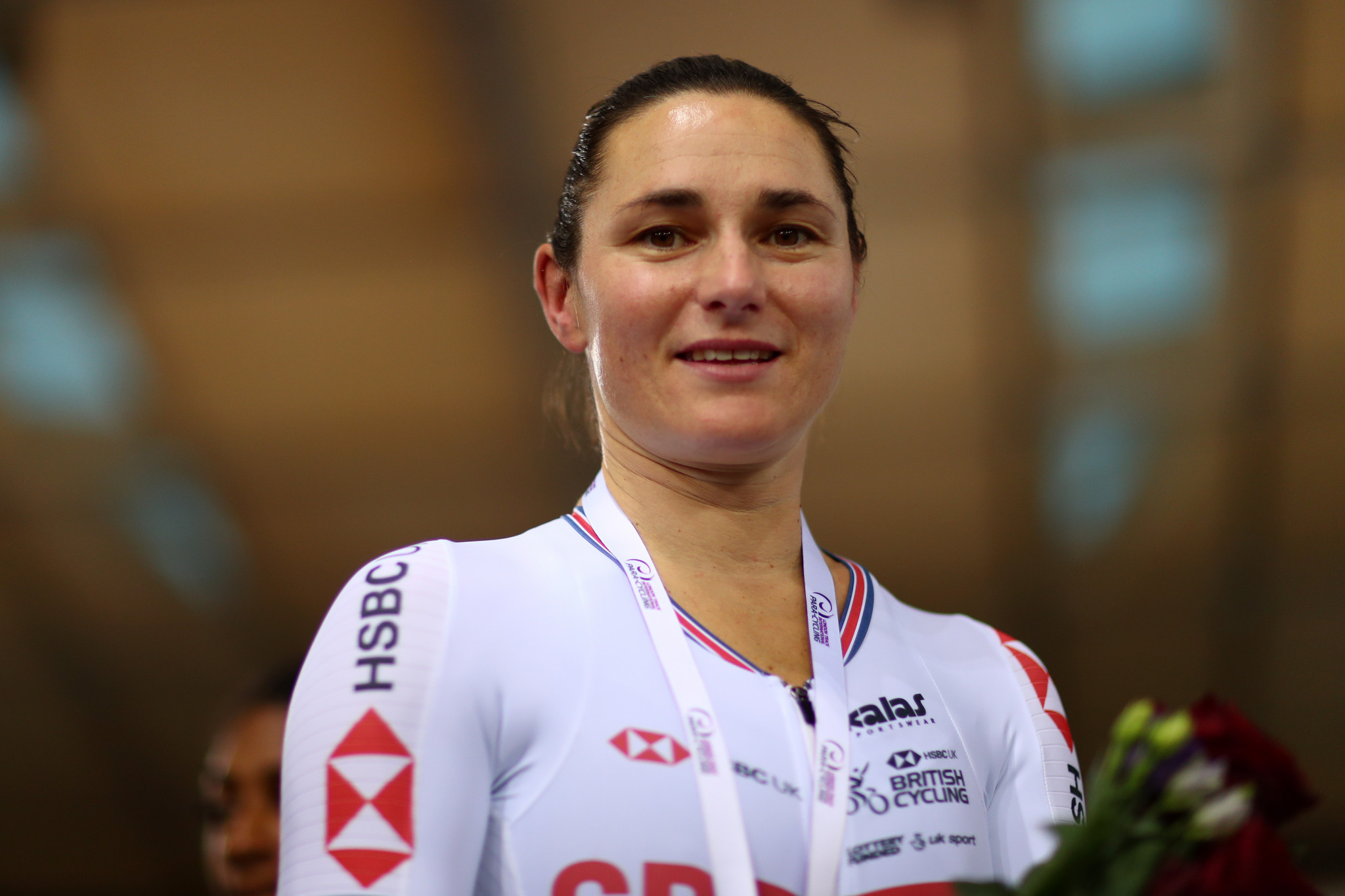 She beat team-mate Crystal Lane-Wright at half distance in her individual pursuit final as she added to her list of honours.

"It feels amazing, to win three in one day is just a bit of a dream to be honest," Dame Sarah said to BBC Sport.

"Today was some sort of day," Petricola, who beat compatriot Meg Lemon in her individual pursuit final, said.

"It's hard to articulate the feelings when you walk out of the velodrome cradling three rainbow jerseys and the gold medals to match.

Elsewhere, Ricardo Ten Argilés made it two gold medals in consecutive days as he continued his good form in Canada.

The Spaniard triumphed in the men's C1 15 kilometre scratch race after completing 60 laps of the banked track.

It was a very different gold medal to the one he claimed in the quick-fire C1 200 metres time trial yesterday, which he won in a world record time.

Ten Argilés, who lost both arms and his left leg below the knee after coming into contact with high voltage power lines as a child, won three Paralympic gold medals as a swimmer and switched to cycling in 2017.

In the men's C4 individual pursuit, Jozef Metelka of Slovakia beat Carol-Eduard Novak of Romania, with the C5 title going to Dorian Foulan of France over Lauro Cesar Mouro Chaman of Brazil.

The women's tandem event was also won by Britain as Sophie Thornhill and pilot Helen Scott ended in 1:04.953.

The Championships conclude in Milton tomorrow.