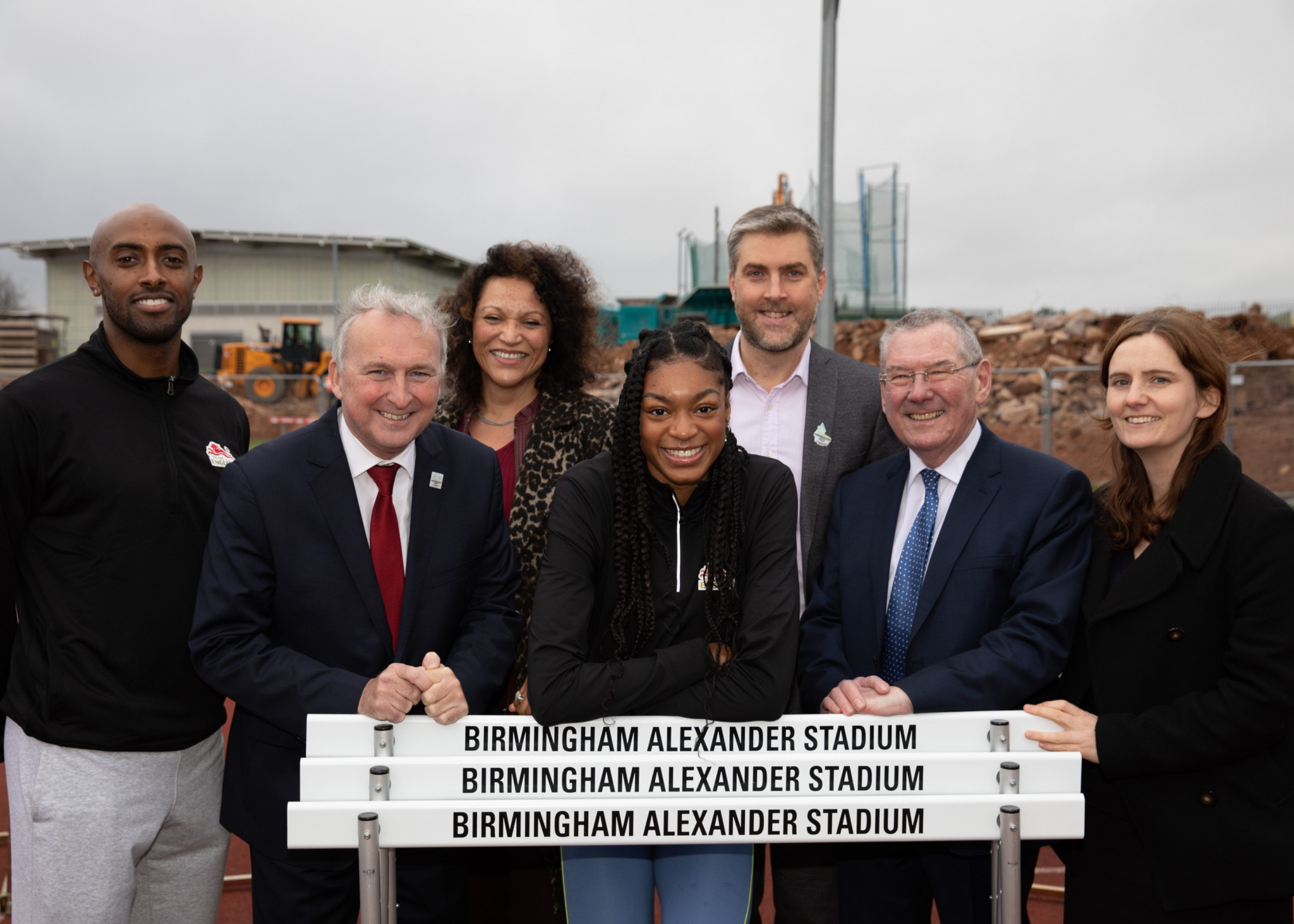 Preparations for the Birmingham 2022 Commonwealth Games reached a major milestone today as proposals for the redevelopment of Alexander Stadium were approved by the City Council's Planning Committee.

The redeveloped stadium would increase its permanent seating capacity from 12,700 to 18,000, allowing more than 30,000 to attend during the Games through additional temporary seating.

Key features of the revamped stadium include a new western stand replacing the Main, Knowles and Nelson stands, new tiered seating to the north and south, a new 400-metre six-lane warm-up track, and the re-laying of a new World Athletics category one track.

Among the others are improvements to public spaces and parking provisions, with additional landscaping and signage, as well as the installation of new stadium lighting and a practice throwing field, plus a new access road from A453 Aldridge Road.

At the heart of the wider effort to regenerate Perry Barr, it is hoped the £72 million ($94 million/€86 million) plan will see Alexander Stadium become a high-quality venue for diverse sporting, leisure, community and cultural events in the decades to come.

Initially, the stadium, located on Walsall Road, is set to be the focal point of Birmingham 2022, hosting the Opening and Closing Ceremonies as well as the athletics competitions during the 11-day event which features 6,500 athletes and officials from 71 nations and territories.

Post-Games it will be at the centre of a regenerated Perry Barr, which is receiving more than £500 million ($655 million/€594 million) of investment in the coming years, including new housing, improved transport and related upgrades to infrastructure and public space.

The revamped stadium is set to host a range of tenants, including Birchfield Harriers athletics club and Birmingham City University.

It will provide a new home for the university’s sports and exercise students, bringing a new partnership and purpose for the stadium beyond athletics.

Furthermore, it will become a focal point for a range of leisure, health, well-being and community activities for local residents and the wider general public.

"We’ve always been clear that Birmingham 2022 is about much more than 11 days of fantastic world-class sporting action," Ian Ward, leader of Birmingham City Council, said.

"The Games are about regeneration, improved health and well-being, promoting the city on a global stage and building civic pride.

"This particular scheme is integral to all of those aims and benefits - the eyes of the Commonwealth and indeed the wider world will be on the venue during the Games, but the longer-term opportunities the improved stadium will offer a regenerated Perry Barr, and indeed the wider region and nation, mean the delivery of this scheme is crucial for the city’s future."

Birmingham 2022 chief executive Ian Reid added: "The Alexander Stadium is a pivotal venue for the Birmingham 2022 Commonwealth Games, as not only will it host the track and field events for athletics but it’s also where we will stage our official Opening and Closing Ceremonies for the Games.

"Today’s news that planning approval has been granted is therefore a key moment for us as the organisers of the Games and one which we are pleased to be able to celebrate with our partners.

"Birmingham City Council will be delivering the new sections of the stadium and we look forward to watching progress over the next couple of years, ahead of us moving into the stadium when we deliver the Games in 2022."

Construction of the new stand is due to commence in spring of this year, with completion scheduled in late 2021.

This will be followed by test events prior to Birmingham 2022, which is set to be held from July 27 to August 7.