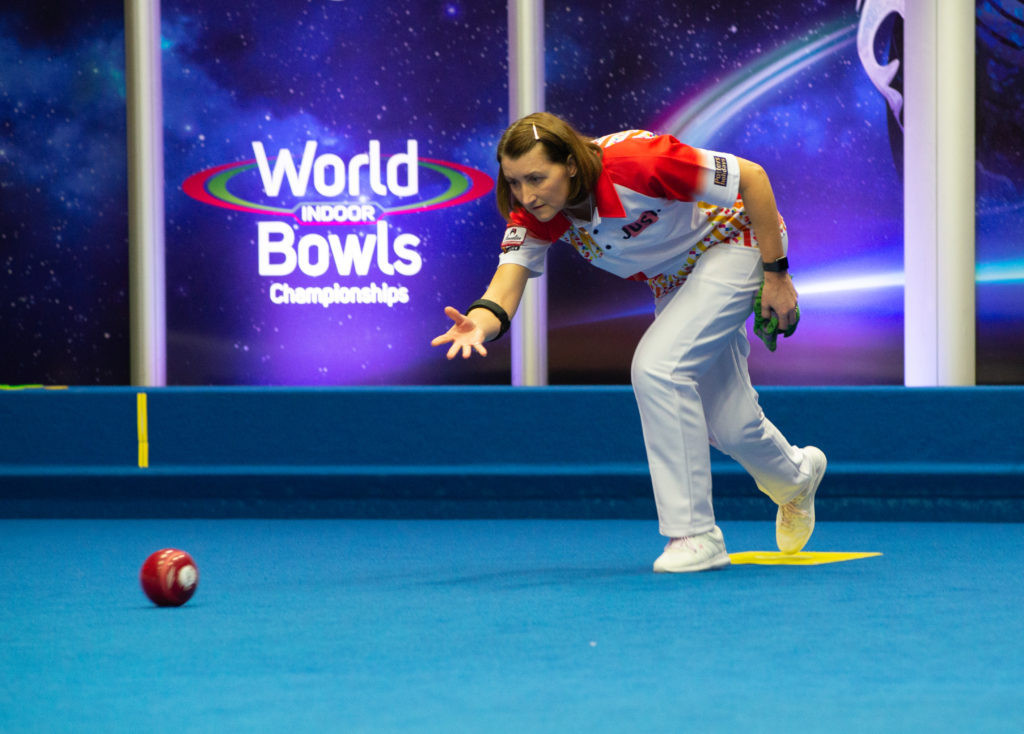 Scotland's Julie Forrest remains on course to defend her women's singles title at the World Indoor Bowls Championships in Norfolk, after reaching the final with a three-set win over Guernsey's Alison Merrien.

Standing between her and a second consecutive global crown is England's Janice Gower, a 8-4, 7-3 winner over compatriot Nicole Rodgers in today's second semi-final.

The final is due to take place tomorrow.

The top seed defeated England's Simon Skelton 11-1, 12-3 to set up a last-eight encounter with another Englishman, Robert Paxton.

Also progressing through to the quarter-finals was 14th-seeded Englishman Mark Royal, who overcame five-time champion Paul Foster of Scotland 6-7, 7-5, 2-0 in one of the best matches of the event so far.

He is next due to play the winner of tomorrow's all-English clash between Mervyn King and Nick Brett.