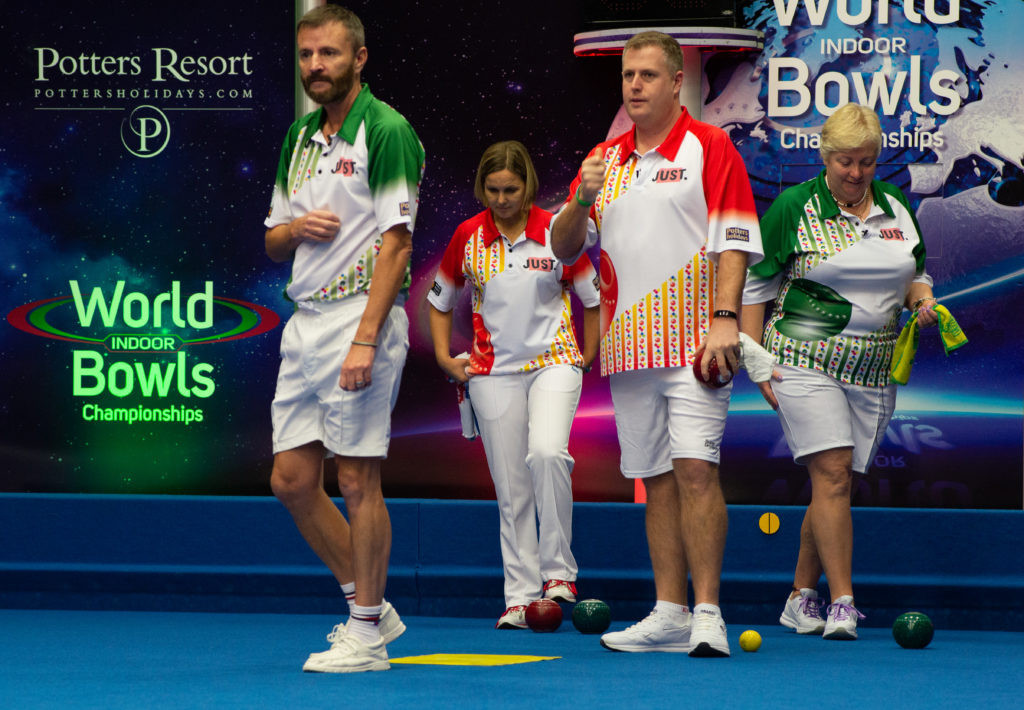 Mixed pairs competition at the World Indoor Bowls Championships in Norfolk began with a shock today as the defending champions Robert Paxton and Ellen Falkner were beaten in their opening quarter-final.

The victorious pair now advance to a semi-final on Sunday (January 19) against England’s Greg Harlow and Alison Merrien of Guernsey, 8-7, 5-6, 2-0 winners over Scotland’s Darren Burnett and Nicole Rogers of England.

On the other side of the draw, England’s Nick Brett and Marion Purcell of Wales won an equally competitive match against Scotland’s Paul Foster and Julie Forrest, 3-7, 8-2, 0-2.

The winners are now set to meet another Scottish pair, Stewart Anderson and Lorna Cameron, 7-6, 8-3 winners over England’s Les Gillett and Rhonda Adams of New Zealand in the fourth and final match of the day.

Tomorrow is due to see all four ladies singles quarter-finals played.