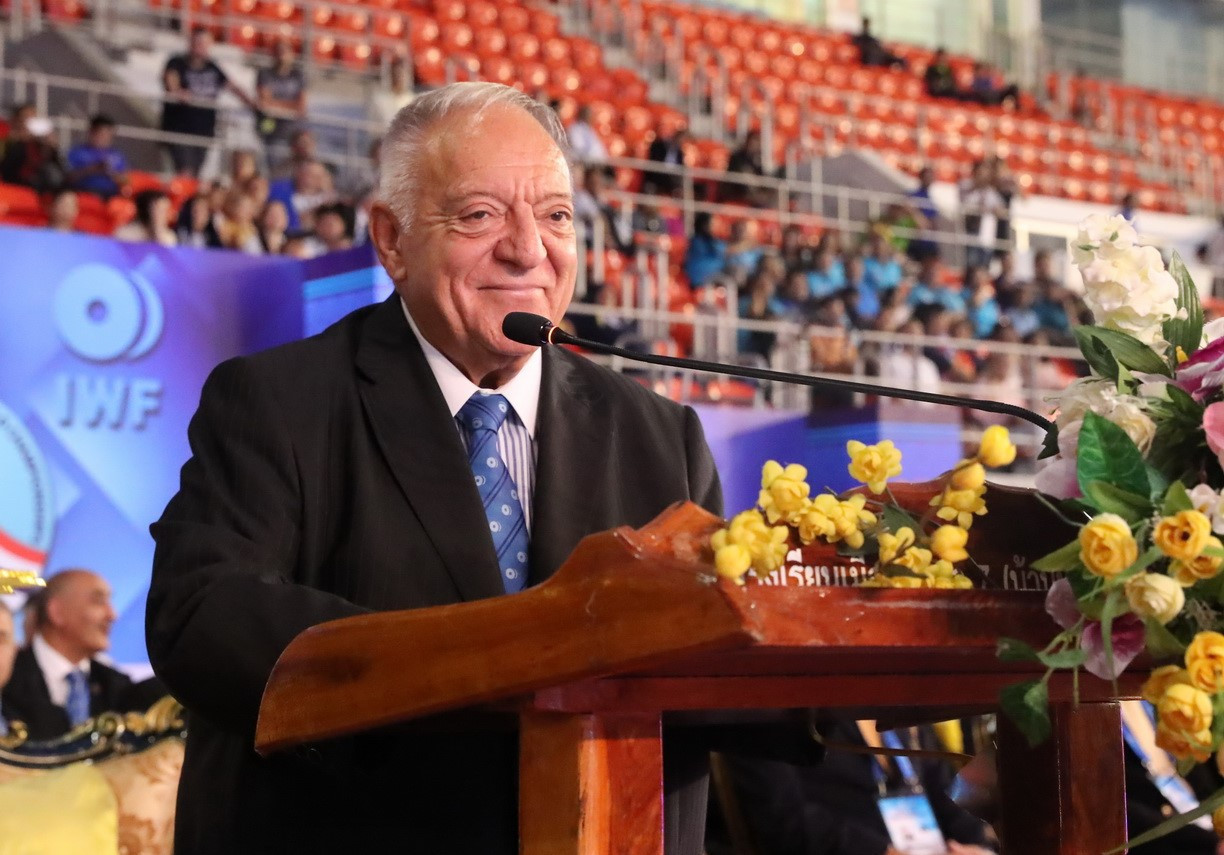 Tamás Aján's reign at the helm of the International Weightlifting Federation (IWF) will face arguably its biggest challenge tomorrow, when the governing body's Executive Board meets to discuss the sport's future.

Several members of the 21-strong IWF Executive Board have turned against Aján and two are believed to be leading a concerted attempt to persuade him to step down as President at the meeting in Doha in Qatar.

Some on the Board believe that an interim President will be elected.

While one of Aján’s detractors was sure that "good news will be announced", others are waiting to hear explanations and evidence from Aján before committing themselves to a decision about the IWF's next steps.

IWF Executive Board members appear to be unanimous in fearing that the sport's future on the Olympic Games schedule is once more under threat.

The Hungarian Aján, 81 last week, has been general secretary or President of the IWF since 1976.

He was the main target of a German television documentary, Secret Doping - Lord of the Lifters, broadcast by ARD on January 5, which aired accusations of corruption that the International Olympic Committee (IOC) described as "very serious and worrying".

There were claims of "missing millions" in Swiss bank accounts that were accessible only to Aján, of corruption in anti-doping procedures, and doping by 13-year-old girls in Thailand.

The IWF strongly denied all the accusations, as did the Thai Amateur Weightlifting Federation, and Aján claimed the programme had ignored reforms by the IWF over the past two years and had "completely ruined my life and 50 years of my work".

He warned the IWF was "considering further investigations for the new allegations made by ARD", but complained that "the great majority of the ARD allegations refer to the past".

Documents were being compiled to refute "the old and unfounded accusations", Aján told his Member Federations - and that evidence is due to be presented to the extraordinary IWF Executive Board meeting in Doha.

Of those Board members contacted by insidethegames, only one, Ursula Papandrea of the United States, spoke publicly about a meeting that, she said, gave weightlifting an opportunity to "address deficiencies" in its governance structure.

Papandrea, President of USA Weightlifting, chair of the IWF Women's Commission, and a vice-president of the IWF, details in a wide-ranging column on insidethegames the changes she proposes which, if made, "would mean two years from now we would be in a better place, not just on the anti-doping front, but on all fronts".

She concluded her column by saying, "I just hope we get the opportunity under new leadership."

Aján has already said he will not stand for a sixth term as President in next year's elections.

Another senior IWF Executive Board member said, "We must be open, we must listen to what the President says in response to the allegations - but we also must create a new constitution, and quickly."

Maxim Agapitov, Russian Weightlifting Federation President, has persistently called for a change in IWF leadership, and other members of the 21-strong Executive Board are known to support him.

Agapitov told ARD that change had to start with the leadership and that Aján should resign "for ethical reasons".

Mohamed Jaloud, the IWF's secretary-general from Iraq, has been at IWF headquarters in Budapest over the past week, working on a strategy for the future.

"One thing is sure: we need unity and justice in weightlifting," Jaloud said.

A number of IWF Executive Board members are said to have talked among themselves about the possibility of electing an interim President in Doha, should Aján step down.

A report in Hungary quoted Aján as saying it was "regrettable that one or two board members are out to ruin their own sport out of personal interest".