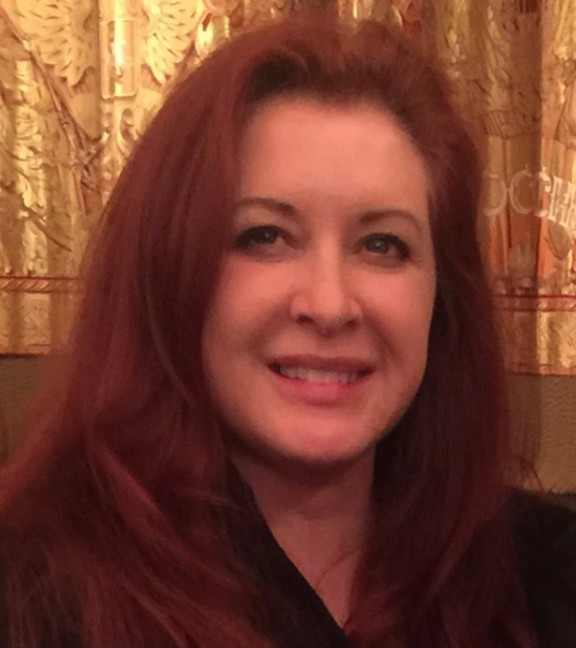 Admittedly, these are very dark times for the International Weightlifting Federation (IWF).

The recent airing of serious allegations in the ARD German TV documentary may very well result in the worst-case scenario for all of us who love, support, and have dedicated our lives for our beloved sport.

If the allegations prove true, the reputation of the sport, which has already been plagued with doping problems, will take another hit.

We must address these issues, quickly and effectively.

There are other International Federations, as well as some IWF Member Federations, which provide some lessons.

Though I will concentrate somewhat on the journey USA Weightlifting (USAW) took, there are plenty of other examples to pull from and it is vital that voices from across the globe are involved in finding the way forward.

Our first step must be to ascertain veracity of the claims.

We must ensure that a legitimate investigation is conducted.

As much as I respect and admire journalists, we must make sure that due process is provided.

Yet there is another side to this scandal: it has illuminated the failures in our governing structure to be able to uncover and address such claims.

In that, it has presented an opportunity to address these deficiencies in a meaningful way with substantive governance reform.

Concepts like transparency, accountability and good governance should not be talking points, they should be supported by a constitution and by-laws that support measures for checks and balances, drug testing records accessibility, whistleblower provisions, and the list goes on.

If we can enact these types of reform initiatives, we can head off any potential for these kinds of allegations to be asserted in this way ever again.

That would mean two years from now we would be in a better place, not just on the anti-doping front, but on all fronts.

So, it might not look like it, but the documentary Secret Doping – The Lord of the Lifters has given us a real opportunity.

In 2008, the United States Olympic Committee (USOC) stepped in and required USAW to reform.

After some resistance, we engaged with the USOC to rewrite our by-laws.

We have since been able to regain the trust of our membership and also, miraculously, the USOC.

There had been a myriad of accusations rumoured, including financial investment violations resulting in a loss of $1.8 million (£1.38 million/€1.6 million).

With no real conflict of interest oversight, there were accusations of improper use of power and position.

We never investigated, and thus the cloud remains over the heads of many.

Much would have come from proper investigations so that the rumours were put to bed.

Investigations allow for one to remove suspicion and doubt and provide the opportunity for claims to be disproven - in this way they are a benefit to all parties.

In hindsight, USOC forcing reform was the best thing that could have happened to USAW and greatly improved our organisation.

It does not matter what I think of the documentary; what truly matters are the facts, and they should come from legitimate independent investigative bodies.

We have an IWF Executive Board meeting in Doha in Qatar tomorrow.

My hope is that we will able to discuss a plan for independent and external investigators to give us answers to all questions.

Then we can begin the process of reforming our organisational structure, looking to examples in international governance to learn from.

We must reform, even if any, or even all, the accusations made by the German TV team are dismissed by investigators.

The reality is, even if these current allegations prove false, all of these allegations could have happened under our existing structure, which does not provide for the necessary preventative oversight and transparency.

Additionally, we have a need to rebuild trust among stakeholders and Member Federations alike.

The changes we made at USAW gave us better governance that helped us to repel any potential corruption, and put in place structures and reporting that has allowed the organisation, eventually, to thrive.

The IWF had previously undertaken the task to revise its Constitution and by-laws.

The process was halted as we dealt with pressing doping issues.

I hope everyone now understands the significance and importance of not just changes, but improvement.

At USAW we brought in limits on terms of office, conflict of interest provisions, equality measures, transparent election procedures, a straightforward document that provides for checks.

In more recent years, we've extended that to regional associations underneath USA Weightlifting.

We currently have no athletes' representation on the IWF Executive Board, though we do have athletic alumni.

We must ensure the athlete voice is in the room.

An athletes advisory council is something that has been discussed by the IWF Board and now it needs to happen: there's no reason for it not to exist.

We have an opportunity to start to address gender-equality issues to achieve an IOC suggestion of 30 per cent women on boards, committees and commissions, as well as encouraging future female and athlete leaders through Member Federations.

These types of scandals are not unique to weightlifting.

The International Biathlon Union was in some trouble in 2018 - there was a criminal investigation into allegations of fraud and corruption - and now it has a new governance structure and strategic plan.

The IBU stands as an example of steps that can benefit not only recovery, but improvement.

Similar examples of reform can be seen to an extent in World Athletics and FIFA when it comes to governance structures.

We must look to these international and domestic best practices, bringing in outside experts to ensure our Olympic future.

I would love to see a more accessible, completely transparent testing and results database that anybody can access, which is what we have with the United States Anti-Doping Agency.

Any athlete can see if and when their rival competitors were tested and what the results were.

In the IWF's cooperation with the International Testing Agency (ITA), there is no reason why anything has to go through the IWF if you have someone at the ITA doing results reporting.

A further comfort level could be established by the ITA ensuring that the sample collection agency, and laboratory chosen, is not of the same nation as the host of a competition, or where possible, the nationality of the athlete tested.

The IWF has a contract with the ITA: our role is to pay the bill and push the ITA to ensure a comprehensive testing programme, especially ahead of major events such as the Olympic Games.

Documents now come from the ITA directly to Member Federations and the athletes, which is good progress in establishing trust - however, a further transparent approach to who is tested, and when, could vastly improve the trust of clean athletes and the public alike.

It would eliminate so many questions, and would work for every International Federation; it would be a huge step forward for the Federation and for the athletes.

The pot of gold at the end of the rainbow is for clean athletes to have a chance at medals: I want that to be the reality, not just rhetoric.

A well-written constitution and associated governing documents cannot ensure there will be no impropriety, but it can certainly go a long way in preventing the ease in which it could otherwise happen.

We need to update our Ethics Code and the way we deal with questions and complaints at the IWF.

Sending an ethics complaint to an internal body, composed of members appointed or elected, looks like it's under Board control.

Other International Federations have solved this with integrity units that, as well as dealing with doping issues, deal with ethical and match-fixing issues.

In the US we outsourced it: when a complaint goes to the Ethics Commission, they decide if there is an infraction, and if so it goes to our independent Judicial Committee who will issue a sanction.

In all my time at USAW, I have never met anybody on either Ethics or Judicial bodies, but I place my trust in them, I have seen their résumés.

Neither the Board of Directors, nor the staff can override their decisions.

In USAW, if anyone on the Board asks a question I have to answer, if they want to see a document I have to show it, and the same goes for the staff.

This is how it should be in every organisation - no one person should have unquestioned authority.

It's a terrible prospect that we could be removed from the Olympic programme - that's the worst-case scenario.

I began my career in weightlifting when women were not allowed to compete and one of my first goals as an activist and proponent of the sport was the inclusion of women in the Olympic Games.

The thought of leaving the sport and not having either gender in the Olympic Games is gut-wrenching.

Recently, when the International Olympic Committee (IOC) came down so hard on the IWF about the doping problem, it created an opportunity for us to provide a clean sport for our athletes, and in anti-doping we are in a far better place, policy wise, than we were two years ago.

However, in another two years we can be a stronger, cleaner, fairer sport all round, not just on the anti-doping front.

But we must be ready to work for it, as a worldwide community.

My goal has always been to create a better organisation to serve our membership.

I ran for USAW and the IWF Boards to enact meaningful change for improvement: that has always been, and will always be, my goal.

I am new to the IWF Executive Board, having been elected in 2017.

I just hope we can convince the IOC that there are people, like me, who do support Olympic values, who have worked for clean sport and enacted reform that has made a substantial difference in the operations of a federation.

There are a lot of us who want to do the right thing.

I just hope we get the opportunity under new leadership.