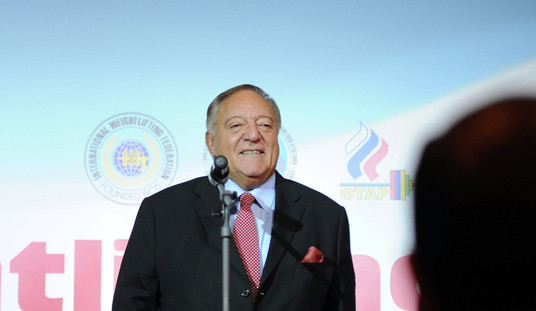 The International Weightlifting Federation (IWF) has strongly rejected claims of doping cover-ups and financial mismanagement made in a German television documentary, and has said it is concerned about possible "organised doping" in Thailand.

The IWF fought back against a barrage of negative headlines around the world on a day when the International Olympic Committee (IOC) said the accusations in the programme were "very serious and worrying", and the most senior figure in anti-doping in Germany said weightlifting was likely to lose its Olympic status.

The IOC said it had set up a Disciplinary Commission to "immediately follow up on the doping confession" by Siripuch Gulnoi, a bronze medallist for Thailand at London 2012.

On Sunday night the German state broadcaster ARD aired the documentary Secret Doping – the Lord of the Lifters, details of which were reported by insidethegames here.

The programme - made by the team which was first to reveal systematic doping in Russian sport - was critical of Tamás Aján, the 80-year-old Hungarian who has been general secretary and President of the IWF since 1976.

It alleged financial malpractice, doping cover-ups and sample manipulations, said the IWF allowed 12 Azerbaijan lifters to compete in 2013 when it knew they had tested positive, and secretly recorded a conversation with an Olympic medallist that produced damning evidence about doping in Thailand.

After watching the documentary Andrea Gotzmann, chair of the National Anti-Doping Agency of Germany, claimed the IWF and many of the sport’s national governing bodies, had "failed to live up to their responsibilities towards athletes".

"This is all the more regrettable as exclusion from the Olympic programme is now likely," she added.

Gotzmann, a biochemist and former basketball international, sits on the independent panel that decides on punishments for nations with multiple doping offences in weightlifting.

The IWF refuted allegations of questionable practice in its anti-doping efforts and claimed it had been running "a progressive and extensive anti-doping programme, which has been continuously upgraded, including creative and pioneer measures".

As for the programme generally, the IWF statement said: "The IWF has to express its shock and dismay at the programme as it contains many insinuations, unfounded accusations and distorted information".

The IWF "categorically denies the unsubstantiated and very serious accusations made against it by the show".

The IOC did not comment on weightlifting’s future but said the accusations in the programme were "very serious and worrying".

The IOC also promised it would take steps to investigate complaints of alleged financial irregularities involving Aján, who was accused of taking millions of dollars - paid to the IWF by the IOC - off the books and into two Swiss bank accounts that were said to be accessible only by him.

The IWF refuted the allegations.

A complaint about the "missing” money by Antonio Urso, the Italian President of the European Weightlifting Federation, was heard in 2012 by the Court of Arbitration for Sport (CAS).

The IOC statement revealed that CAS ruled at the time that neither the IOC nor CAS had any jurisdiction to intervene in the internal accounts of an International Federation, so the IOC had to close the case.

Statement by the IOC regarding the situation of the IWF pic.twitter.com/TPtHapdmk9

"Given the change in the IOC Code of Ethics since then and the fact that the television programme may contain new information, the IOC Chief Ethics and Compliance Officer will ask ARD for all the documentation in its possession in order to properly address it," the IOC said in its statement.

The IWF gave a detailed response, stating: "It must be said that between 2009 and 2011 the IWF received exactly the same claim.

"The matter was then discussed and dealt with by the IWF Executive Board and an extensive document package was submitted to the IOC Ethics Commission for study.

"It was finally established that: no money was missing; the President and the general secretary-treasurer acted in full accordance with the IWF Constitution and provisions in effect at the time; all the Olympic revenues were accounted and duly documented in the IWF official bank accounts (none of them secret); the Executive Board had full knowledge of the IWF assets."

There was also evidence of alleged malpractice by testers from the Hungarian Anti-Doping Agency (HUNADO), which carried out 77 per cent of 16,000 tests investigated by the ARD team.

HUNADO released a statement today in which it "objects to and in the strongest terms rejects all accusations".

It claimedd information it provided to ARD has been "completely ignored" and the agency had "not received any reports of any Hungarian DCO (doping control officer) having committed serious misconduct or having engaged in conduct that would have jeopardised the purity and integrity of any sample".

Both HUNADO and the IWF denied allegations of questionable anti-doping practices related to the 2015 IWF World Championships in Houston.

Undercover reporters secretly recorded comments by Gulnoi, who admitted she had doped as a teenager when she had "a jaw like a man and a moustache".

Gulnoi alleged girls would start doping at 13 for national competitions, that those responsible did not care about the effects on girls’ health, and that doping was an established feature of weightlifting in Thailand, where it has produced more gold medals than any other sport.

Thailand is currently suspended for multiple doping offences and it faces further sanction - by the panel on which Gotzmann sits - after the IWF stated today that cases against 10 Thai lifters had been closed, resulting in 17 doping violations between them.

The IWF announced that it had taken up Gulnoi’s comments with the Thai Weightlifting Federation, and said, "The widespread abuse of the same anabolic agent, especially among juniors, in Thailand would appear to be indicative of an organised system of doping…

"The IWF will now confer with WADA (World Anti-Doping Agency) and the International Testing Agency (which now handles the IWF’s anti-doping procedures), in order to establish whether a wider investigation may be appropriate."

A statement from WADA acknowledged it was aware of allegations in the ARD programme and would "continue to pursue its enquiries regarding potential breaches of the World Anti-Doping Code".

As for the "specific allegations regarding doping of weightlifters in Thailand, which are new and of great concern to WADA, the Agency will follow up with the IWF, the Doping Control Agency of Thailand and other stakeholders to gain a clearer picture of the situation".

"WADA will take any action that may be warranted if breaches of the Code by individuals or Anti-Doping Organisations are established."