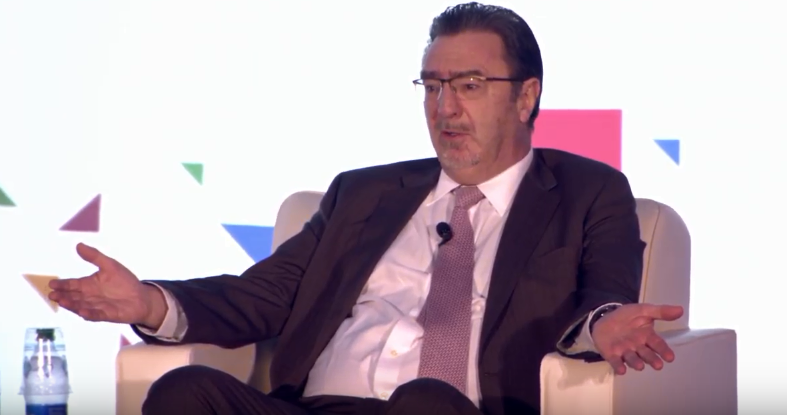 Ryan made the assertion on the opening day of the first Regional SportAccord Pan America Convention, during a panel discussion on the future of international sports governance.

The ASOIF executive director reflected on the criticism from some groups who had called for a blanket ban on Russian athletes.

The World Anti-Doping Agency (WADA) stopped short of such a punishment on Monday (December 9), when they endorsed the recommendations of the Agency’s Compliance Review Committee.

It includes a ban the country from international events, including the Olympic Games, for four years as punishment for authorities tampering with the data from the Moscow Laboratory before it was handed over to WADA earlier this year.

Russian officials have claimed the decision is too harsh, while other groups have considered WADA’s verdict too lenient by stopping short of the total they demanded.

Ryan claimed Governments should step up, rather than criticise the sport’s movements response to the crisis.

"Sport is often held up all the time as something that can solve the problems of the world," he told delegates.

"And we cannot do that, we can only really solve the problems within sport.

"One group that is very unfair on us is Governments.

"We look at what is happening with the state of Russian sport, WADA and the decision of a few days ago.

"Some of the reaction to that is 'we should have been much tougher'.

"We can only do what we are allowed to by the rules and the regulations.

"I am sorry, but in the case of a Government, when it seems a Government transgresses, the other Governments have to play a much bigger role in dealing with this rather than just shouting at sport and saying, 'Letting Russian athletes compete under a neutral flag, that is wrong'.

"We are always pressured by the Governments to be doing more and to be tougher, we get caught up in geopolitical views.

"The point is it is time for the Governments to step up and play their part."

RUSADA is able to appeal WADA’s decision to the Court of Arbitration for Sport (CAS).

Russian Olympic Committee President Stanislav Pozdnyakov has already promised the organisation would do everything in its power to ensure the Russian team competes under its own flag and have the national anthem played if athletes from the country win medals at Tokyo 2020.