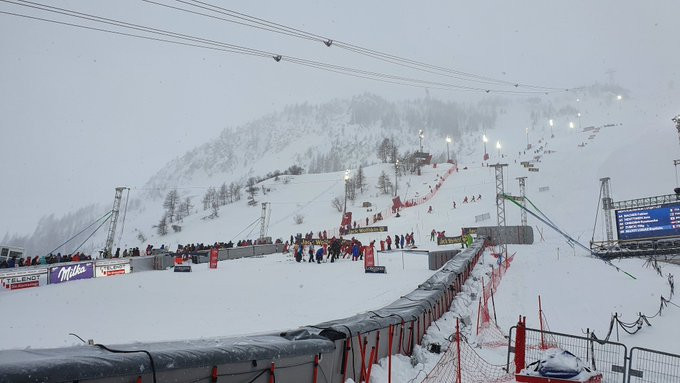 The event has been rescheduled for tomorrow and replaces the planned giant slalom.

A new date and time for the giant slalom would be confirmed at a later date, according to the FIS.

Race organisers worked from the early hours in an attempt to stage the race, before the decision was taken to postpone it.

Everyone worked really hard today in @valdisere, but unfortunately the weather was stronger. Today's Slalom race is postponed to tomorrow Sunday 15 December, and we stay confident! 👊 A new date and location for the scheduled GS will be communicated in due time. #fisalpine pic.twitter.com/ChtUh9BXYX

Markus Waldner, FIS chief race director for the Alpine Skiing World Cup, said the track itself was ready, but the high winds made it impossible to hold the competition.

"We knew it would be difficult because of the forecast and the wind was just too strong," he said.

"It is always sad to cancel races, but we have to respect the nature of the conditions."