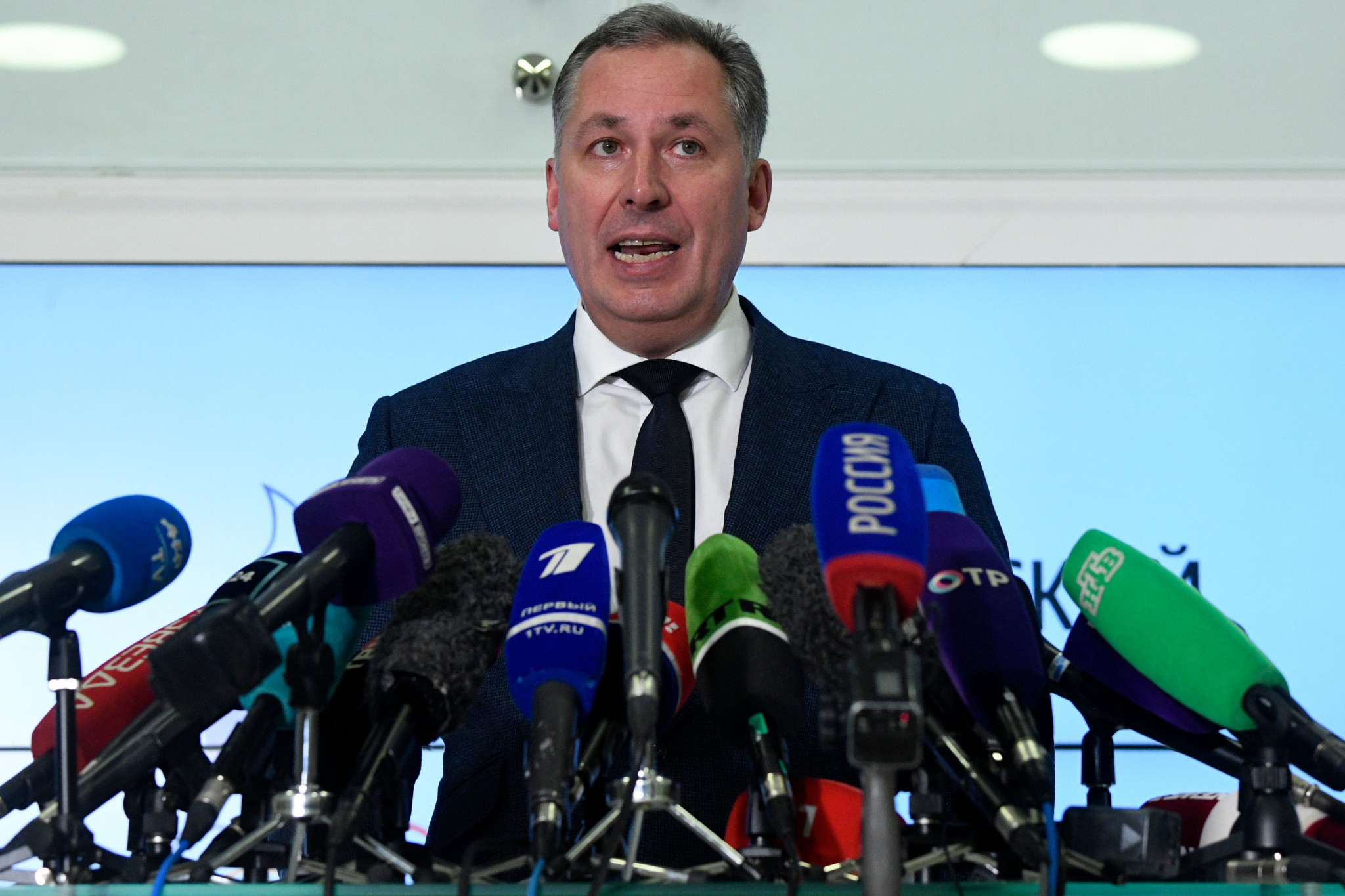 Russian Olympic Committee President Stanislav Pozdnyakov criticised the "illogical and excessive" punishment handed down by the World Anti-Doping Agency (WADA) as the country's Sports Minister claimed the nation "did everything possible" to address the doping scandal.

The WADA Executive Committee voted to ban the country from international events, including the Olympic Games, for four years as punishment for authorities tampering with the data before it was handed over to the global watchdog earlier this year.

RUSADA has 21 days to appeal the decision to the Court of Arbitration for Sport (CAS).

Pozdnyakov and Sports Minister Kolobkov - both of whom are set to be banned from attending the Olympic and Paralympic Games and World Championships under the WADA sanctions - held press conferences today to address the decision taken by the Executive Committee.

Pozdnyakov reiterated his claim that the ROC would do everything in its power to ensure the Russian team competes under its own flag and have the national anthem played if athletes from the country win medals at Tokyo 2020.

"The position of the ROC remains unchanged - sanctions are inadequate, illogical and excessive," he said.

"Of course, we are disappointed, but we initially assumed that the recommendations of the WADA Executive Committee would be approved without change, especially after the main points were made public.

"We are convinced that Russian athletes should go to the Olympic Games in Tokyo as part of a team that will be formed by the National Olympic Committee, as recorded in the Olympic Charter.

"And we will do our best for the Olympic team to perform in Japan under the colours of the Russian tricolour, again in accordance with the Charter."

Pozdnyakov said Russian athletes had been "deprived of equal rights" to other countries and even those cleared to compete as neutrals would suffer as a result of the WADA decision.

"It is impossible to understand the position of the leaders of WADA, voiced at today's press conference, about the inadmissibility of Russian athletes participating in international competitions, whose names could be mentioned in the supposedly missing part of the database of the Moscow Laboratory," he added.

"Punishment without evidence, as well as the punishment of guaranteed innocents, seems to be becoming the new standard for sanctions in sports."

Kolobkov stressed "everything possible was done in order to address this issue", despite an investigation finding Russia had deleted and manipulated data from the Moscow Laboratory.

"Everything possible was done in order to address this issue," said Kolobkov.

"Also, all of WADA’s critical requirements that kept growing within the framework of the road map were complied with, although there followed new decisions and ever new documents were demanded.

"We did everything in our powers, everything necessary that depended on us to resolve the controversy to everybody’s benefit, including our athletes."