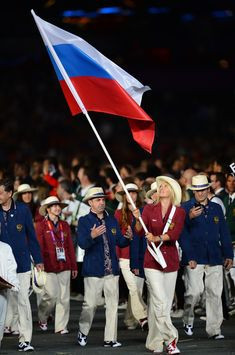 The credibility of the fight against drugs will be on the line in the Olympic capital tomorrow when members of the World Anti-Doping Agency (WADA)’s ultimate policy-making body gather for a key meeting.

WADA’s Executive Committee must decide whether to endorse proposals tabled last month by the agency’s Compliance Review Committee (CRC) that could see Russia’s presence and participation in international sport severely reduced for a period of four years.

Anything less than full support for the CRC’s recommendations would lead to howls of dismay from athletes and other sports industry participants, many of whom are  already disappointed that the CRC is not advocating a blanket four-year ban for Russian competitors.

Even this would not spell the end of a dreary soap opera that has cast a long, dark shadow over sport for four years, since the issue can - and probably will - be referred to the Court of Arbitration for Sport (CAS).

But it would provide a much-needed boost to WADA’s authority and do much to vindicate President Sir Craig Reedie’s handling of a difficult and politically explosive dossier in his final month in the post before handing over to Poland’s Witold Bańka.

The CRC has alleged that data from the Moscow Laboratory was manipulated before being handed over to investigators, as required under conditions for reinstating the Russian Anti-Doping Agency (RUSADA)’s compliance with the World Anti-Doping Code in September 2018.

The CRC now wants RUSADA declared non-compliant again for failing to provide an "authentic" copy of the data - this step accompanied by a long list of "consequences" for Russia and top Government and sports officials.

The International Olympic Committee (IOC), present members of which account for five of the 12-strong WADA Executive Committee, reacted to the CRC’s recommendations by condemning "those responsible for the manipulation", which it characterised as an "insult" to the sporting movement worldwide.

However, the IOC noted that no wrongdoing by the Russian Olympic Committee (ROC) had been indicated.

The recommendations are based on work carried out by WADA’s Intelligence and Investigations department that was described by the IOC as "very professional".

Sir Craig gave a presentation to the Olympic Summit of top sports leaders, which met here on Friday (December 6) and yesterday.

A declaration by the Summit then endorsed the earlier IOC statement.

It also condemned "those responsible for the manipulation of the data from the Moscow Laboratory data before it was transferred to WADA in January 2019".

Russian authorities were "requested" to "deliver the raw data on which this case is based" to ensure that "full justice can finally be done".

ROC President Stanislav Pozdnyakov was not present for this part of the Summit, though attending the rest of it.

Jorge Leyva, chief executive of the Institute of National Anti-Doping Organisations, is among those who have issued statements of one kind or another in the run-up to Monday’s meeting.

Leyva urged the WADA Executive Committee to adopt the recommendations of the CRC and, eventually, to work with Code signatories and use criteria that a) ensure that all organisations affected implement the recommendations strictly and b) require any mechanisms allowing Russian athletes to compete or already-awarded competitions to remain in Russia to be "consistent, transparent and independently verified".

There is, Leyva said, "an eminent risk of losing trust in the anti-doping system if these steps are not followed".

Meanwhile, a 13-page document setting out the position of Russian independent experts regarding the investigation conducted by WADA asserts that the "Russian side" has "fulfilled all the conditions of the WADA Executive Committee decision of 20 September 2018 regarding the transfer of the electronic archive and biological material from the Moscow Laboratory for further use by the agency"

The document is dated November 27, with the experts group said to have been led by Professor Victor Blazheev, rector of the Kutafin Moscow State Law University.