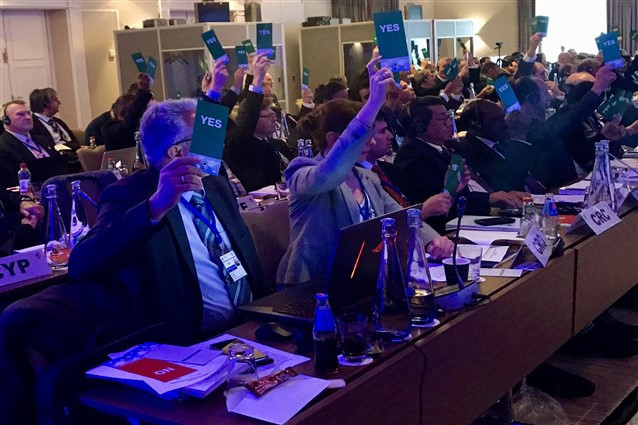 The International Shooting Sport Federation (ISSF) will adopt a new constitution after it was approved by the membership at an Extraordinary General Assembly in Munich.

Changes to the document, which many within the federation believed was outdated and archaic, were passed with the required two-thirds majority during a vote at the meeting.

Establishing 12-year term limits for "all ISSF body members" - including the President - was among the key changes passed.

The ISSF claim the new constitution "significantly increases direct representation of Confederations and Federations in the management structure" of the worldwide governing body.

An equal amount of World Championships in shotgun, rifle and pistol will now be held in each Olympic cycle following the adoption of the new constitution.

Installing a one federation per country system had been proposed in an earlier draft of the new document, but insidethegames understands it was removed at the last minute.

It means the 13 countries with dual membership at the ISSF will be allowed to retain that status.

The ISSF will now appoint, rather than elect, its secretary general.

The result of the vote represents a victory for Lisin as it was seen as an indirect referendum on his Presidency.

insidethegames understands the leadership worked until the 11th hour on the constitution and were lobbying continental federations to accept it prior to the General Assembly in the German city.