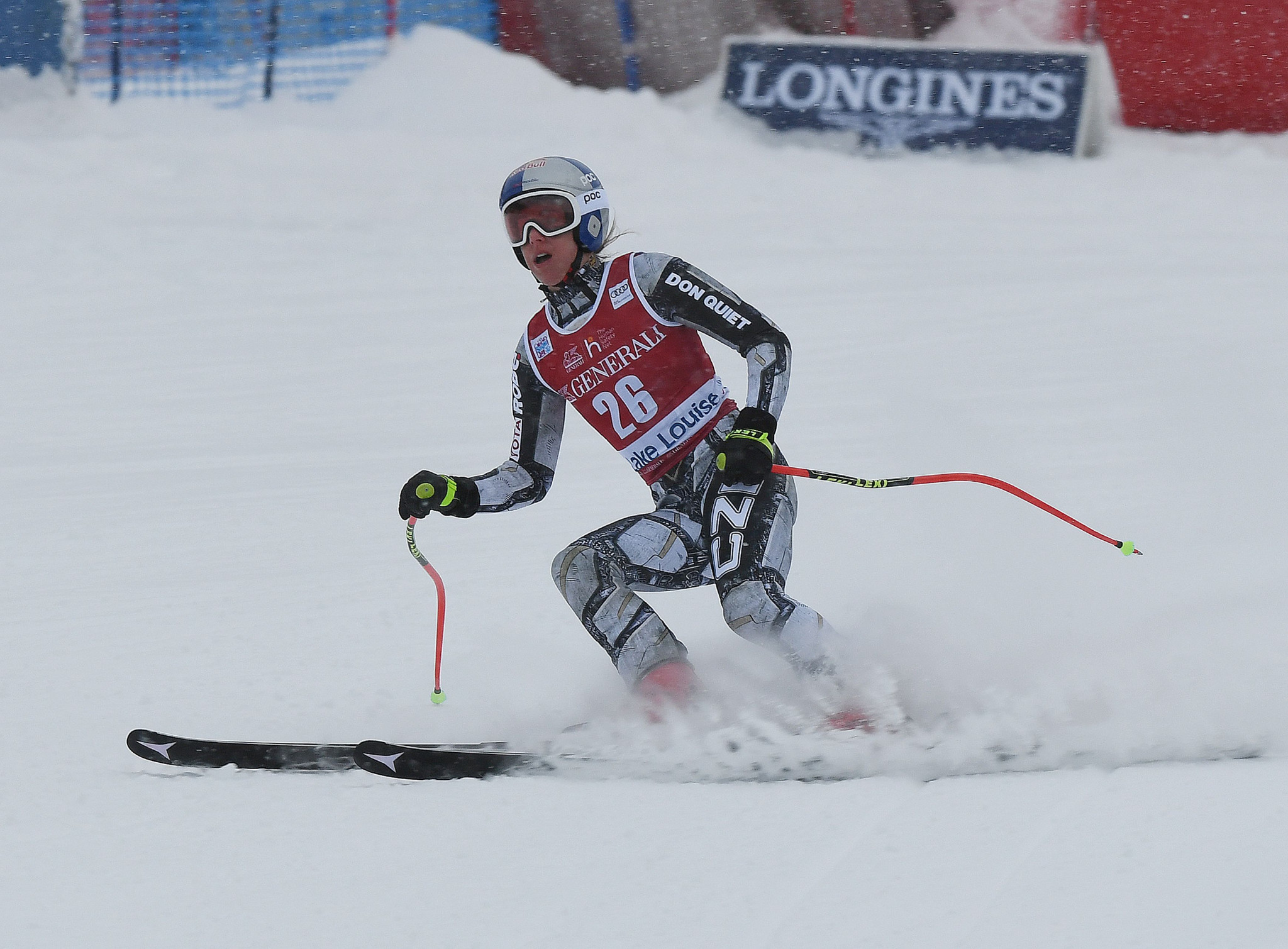 Racing was delayed one hour due to inclement conditions in Canada, but it was the Olympic snowboard and ski champion Ledecká who lit up the timing charts.

"Going to wear the red bib, it's freaky, and I hope to continue like that in the next races," Ledecká said.

Watch out how a snowboarder is able to master @AlpineSkiWC downhill race.
Congratulations @LedeckaEster ????!! #fisalpine pic.twitter.com/4VeFXVWIap

"I've not decided yet if I'll race in St Moritz or Cortina D'Ampezzo and I'll probably decide it the week before.

"This is what I usually do, and this drives my coaches crazy!"

A time of 1:32.22 wasn't enough for gold, but ensured a third World Cup podium for Suter, as Stephanie Venier from Austria rounded out the top three in 1:32.32.

Venier's compatriot Nina Ortlieb had to settle for a share of fourth position in Canada, clocking 1:32.53, the same time as Viktoria Rebensburg from Germany.

A further downhill competition will run tomorrow before the super-G event is contested on Sunday (December 8).