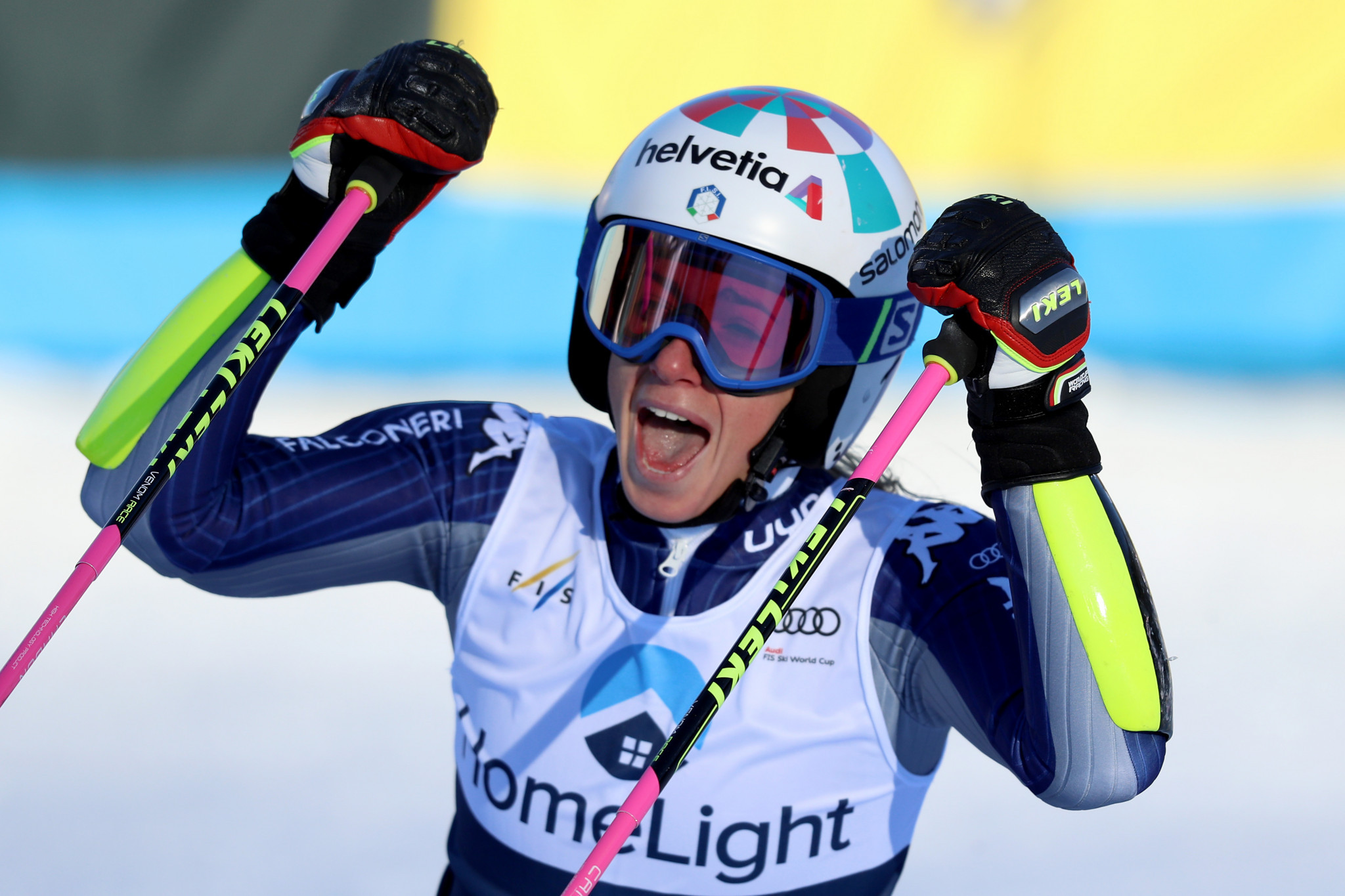 Italy's success meant American superstar Mikaela Shiffrin missed out on home snow and had to settle for third place.

She will now have another chance to move level with the Austrian on 62 wins in tomorrow's slalom in Killington.

Both runs of the giant slalom were moved down to the reserve position due to strong winds with Bassino racing down the shortened course in a combined time of 1min 38.19sec.

Her time of 49.05sec was the quickest for the first run and she maintained her lead from the halfway stage.

"It's a dream come true and it was amazing," Bassino, the 2014 junior world champion in giant slalom, said.

"I tried to focus just on myself and to ski like I know how."

Brignone won in Killington last year and timed in at 1:38.45 in second.

The 29-year-old clocked 48.81sec for her second run, the quickest descent of the course all day.

Twenty-four-year-old Shiffrin, the defending overall World Cup champion who has won the seasonal prize three times in all, finished in 1:38.48.

She was not expected to compete due to a knee injury but received the all-clear from doctors.