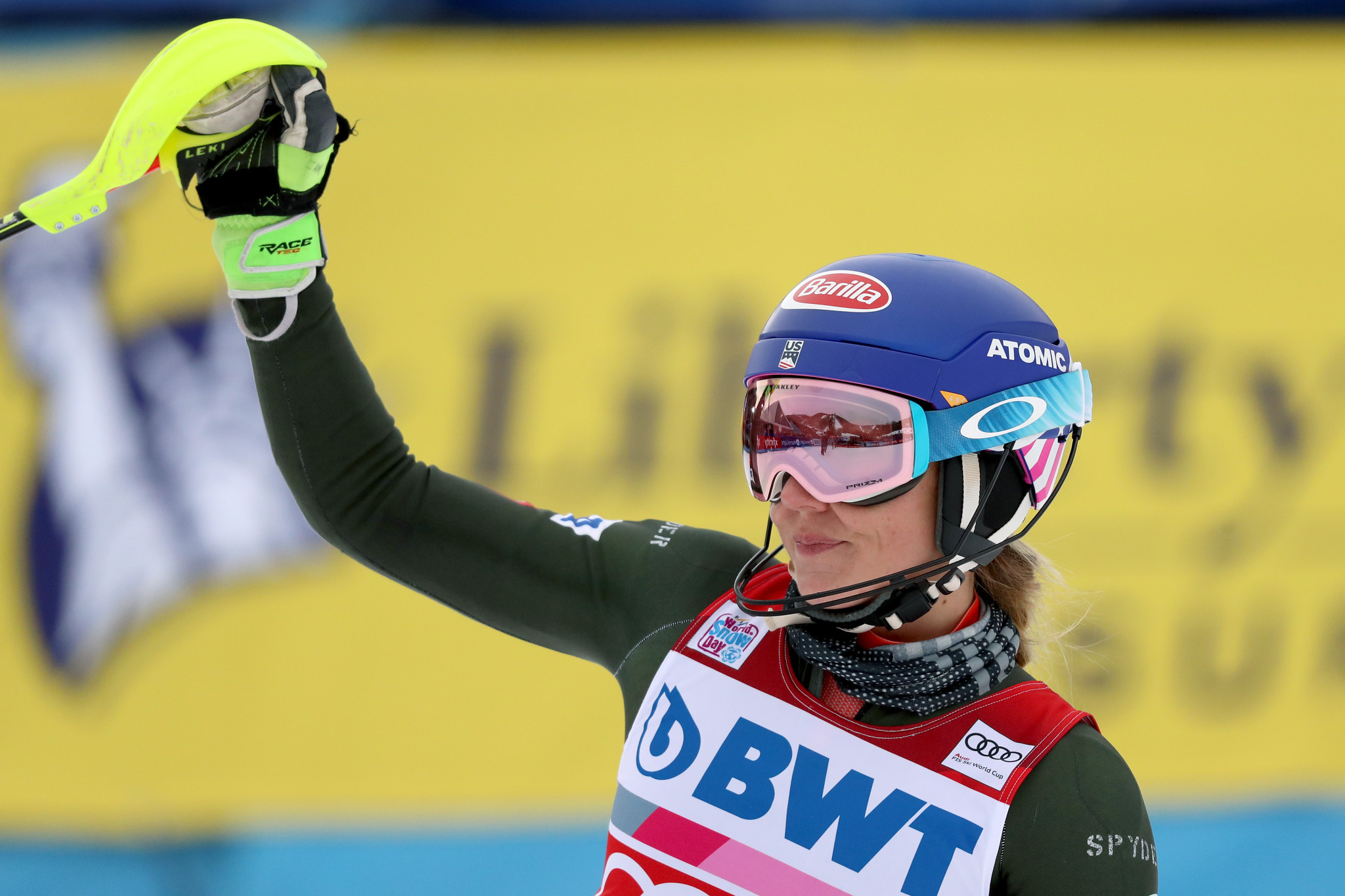 The American's success on home snow has seen her match the number of race wins claimed by Austria's Annemarie Moser-Pröll and at just 24-years-old there is likely plenty more to come.

The mark of 86 set by Sweden's Ingemar Stenmark, the all-time record for both men and women, also seems in reach.

Just six more wins would take her past Austria's newly-retired great Marcel Hirscher and mean that only Stenmark and Vonn would be in front of her.

She achieved a time of 1min 50.45sec from her two runs to win the slalom in Killington for the fourth year in a row and claim her second victory of the new season.

"The record's keep going, don't they," said Shiffrin, who won by a big margin of nearly two-and-a-half seconds after the quickest first descent of 51.98.

"It's a different generation, with different events.

"The way that we all work together, it's like a family, and we're just doing the best we can every day."

Four women's World Cup races have been held this season and Shiffrin has now won both slaloms after her success in Levi in Finland last month.

She finished second and third in the two other giant slalom races so is yet to miss the podium.

It means she leads the overall World Cup standings with 340 points as she bids to defend her crown and win it for the fourth time.

The American already has a useful lead as Switzerland's Michelle Gisin is second on 148.

Sweden's Anna Swenn-Larsson, the World Championship silver medallist in slalom, achieved her third World Cup podium by timing in at 1:53.18 in third.

The women's World Cup season will now continue in Lake Louise in Canada from December 6, with the first two downhills of the campaign and the opening super-G.