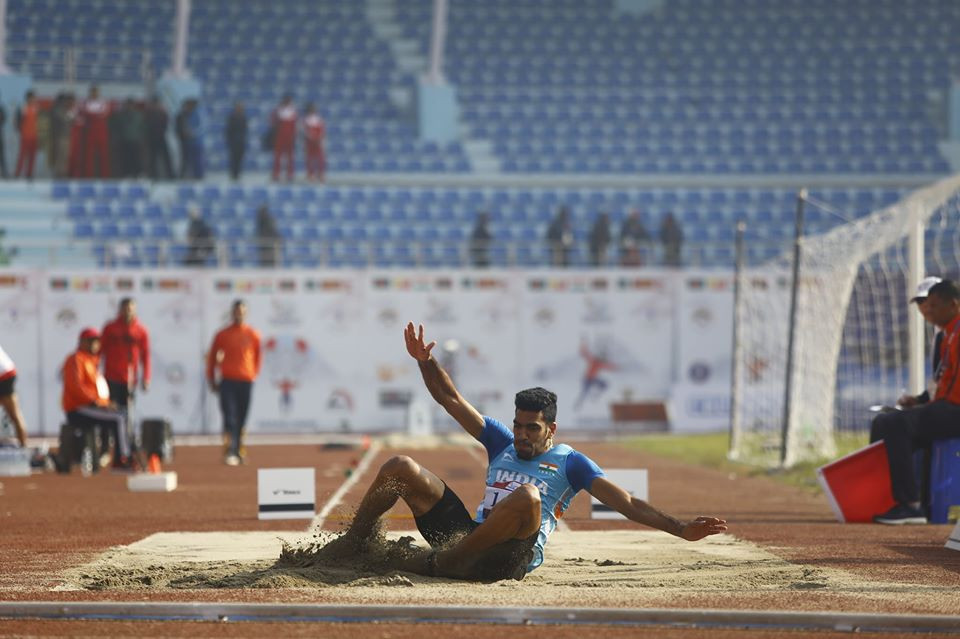 Archana Suseendran made it a sprint double at Kathmandu's Dasarath Rangasala Stadium as she added the women's 200 metres title to the 100m gold she won yesterday.

Suseendran came home in 23.66sec to edge Pakistan's Najma Parveen and her time of 23.69 into silver.

An Chandralekha of India ran 24.26 for bronze.

In the field, Kirpal Singh Ba threw 57.88m to win the men's discus in front of team mate Gagandeep Singh with 53.57.

Shams Ul Haq of Pakistan managed 44.31 for the bronze.

The women's discus also went to India, with Navjeet Kaur throwing 49.85 and her compatriot Suravi Biswas managing 47.31 for silver.

Sri Lankan Ishara Madurang was the bronze medallist with 41.29.

There was an Indian one-two in the men's long jump, with Lokesh Sathyana leaping out to 7.87m for gold, and Swaminathan Yadav taking silver with 7.77.

Other countries to taste athletics success were Pakistan, who won the men's 200m thanks to Uzair Rehman's 21.15.

It was also a good day for India at the shooting, as Singh Annu Raj won the women's 25m air pistol before joining forces with Sheoran Gauri and Neeraj Kaur to also win team gold.

The triathlon mixed relay title also went to India, as well as both gold medals in kho kho, an ancient Indian "tag" game.

The men won their final 16-9 against Bangladesh and the women beat Nepal 17-5.