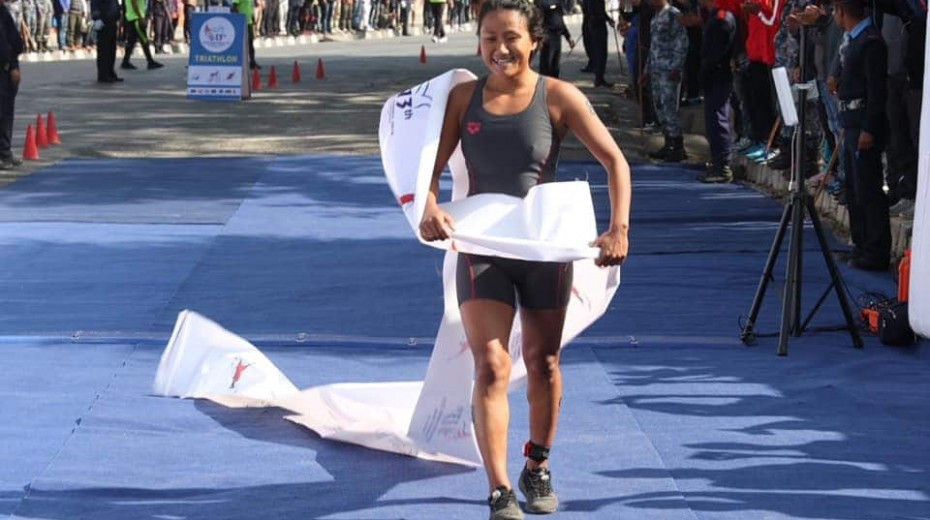 Thoudam Sorojini Devi timed in at 1:14:00 for the silver medal with Mohan Pragnya clocking 1:14:57 for bronze.

India did taste gold in the men's triathlon as Adarsha M .N. Sinimol led home a 1-2 for his country.

His time was 1:02:51 as compatriot Bishworjit Srikhom recorded 1:02:59 in silver medal position.

As well as capital Kathmandu, action is taking place in Pokhara and Janakpur.

There was joy for Nepal at the poomsae taekwondo where the home team collected seven gold medals across the various age group categories.