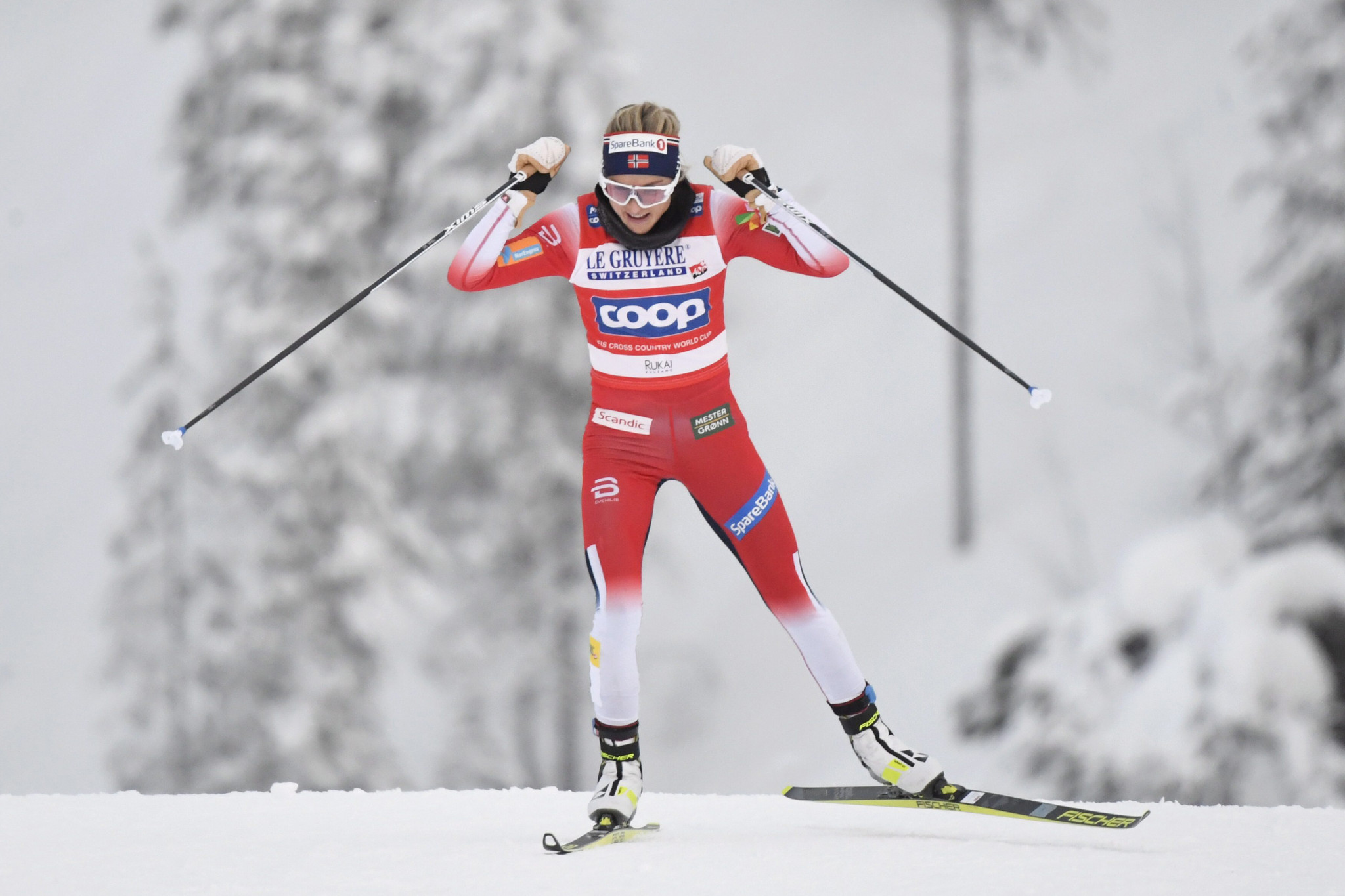 The pursuit event rounded off the Ruka Triple, which also featured sprint and classic races at the Finnish venue.

Ten-time world champion Johaug, who missed last year's Winter Olympic Games in Pyeongchang because of a doping ban, added to her victory in yesterday’s classic competition.

The Norwegian led the race from start to finish, with her rivals unable to close the gap to the 31-year-old.

Johaug crossed the line in a winning time of 25min 48sec.

Her team-mate Heidi Weng finished as the runner-up by ending 1:11.30 adrift of the winner, with Astrid Uhrenholdt Jacobsen rounding off an all-Norwegian podium two seconds further back.

Johaug’s two victories helped her to win the Ruka Triple and take an early lead in the overall World Cup standings.

The Norwegian battled with team-mate Emil Iversen and Niskanen for victory in the closing stages, with a second separating the trio heading into the final lap.

Klæbo topped the podium at the end of the event by crossing the line in 35:29.7, with Iversen just 1.8 seconds behind.

The pair were followed by Niskanen, who finished 11 seconds off the pace in third.

The top three was repeated in the overall Ruka Triple standings.