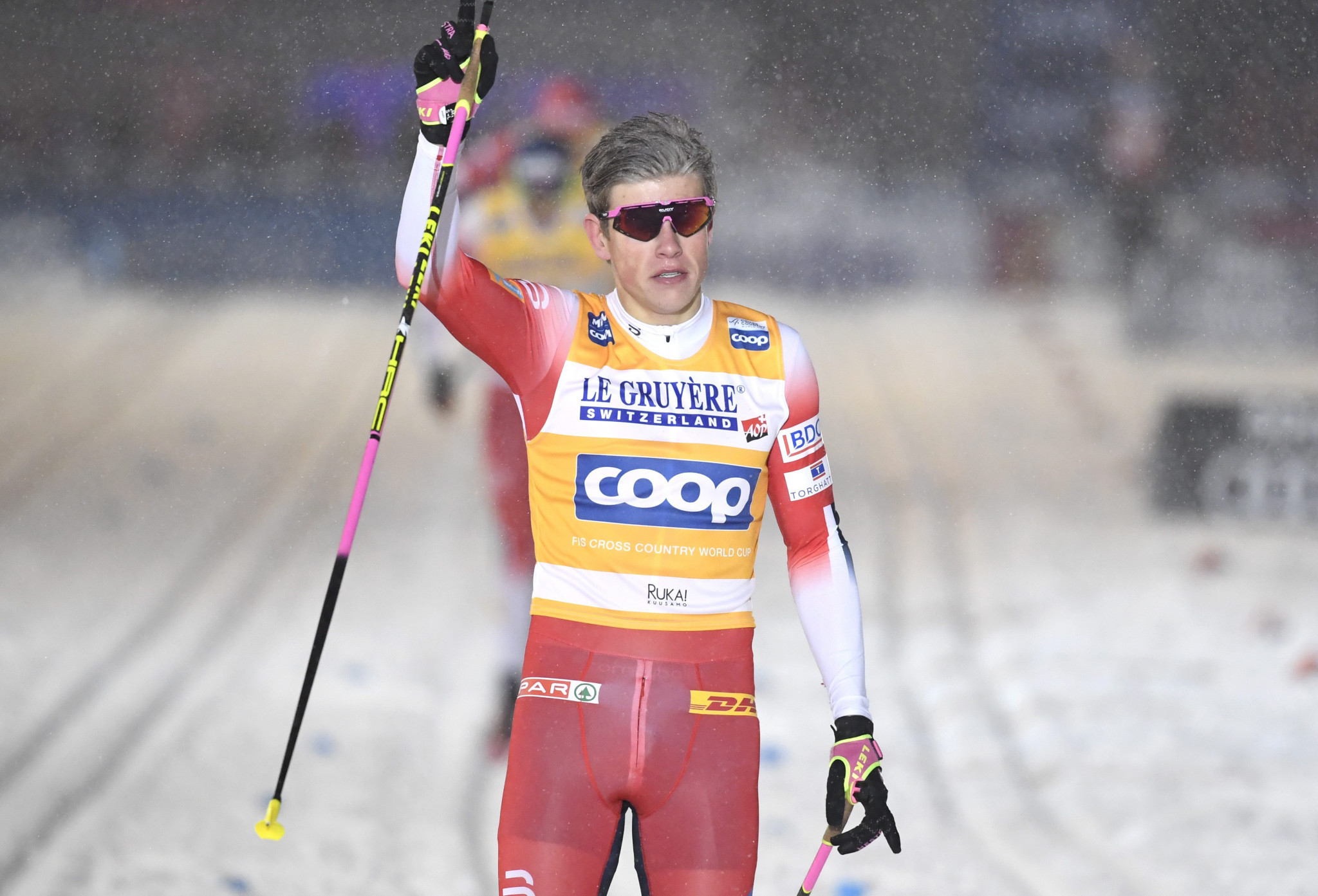 Johannes Høsflot Klæbo won the season-opening sprint race to get the defence of his overall International Ski Federation Cross-Country World Cup title off to the best possible start in Ruka.

The Norwegian three-time Olympic champion triumphed in the final of the 1.4 kilometres sprint classic event to claim maximum points from the first competition of the season.

Klæbo crossed the line in 2min 39.47sec, 4.17sec ahead of compatriot Paal Golberg, while Richard Jouve of France was third.

Russian Sergey Ustiugov, 10th on the overall leaderboard last year, endured a disastrous start to his campaign as he was disqualified for a second false start.

"I did not look back at all and my goal was to go all through to the finish line," Klæbo said.

"It was really nice to start the season this way but it will be an interesting weekend.

"Tomorrow will be a tough day as Paal, [Alexander] Bolshunov and Emil Iversen are strong, so we will see."

Ane Appelkvist Stenseth of Norway was fourth, edged out of third in a photo-finish with Bjornsen.

Falla said she would skip the remainder of this weekend's competitions after winning the sprint.

"At the qualification and at the quarter-final I did not feel that strong," she said.

"I had some trouble with my skis and had to concentrate.

"In the final I felt stronger than earlier this day and I tried to save some power for the final climb.

"Now I don't think I will race the rest of the weekend.

"I have tried many times to race a distance race after a sprint and usually this is not a good idea for me."